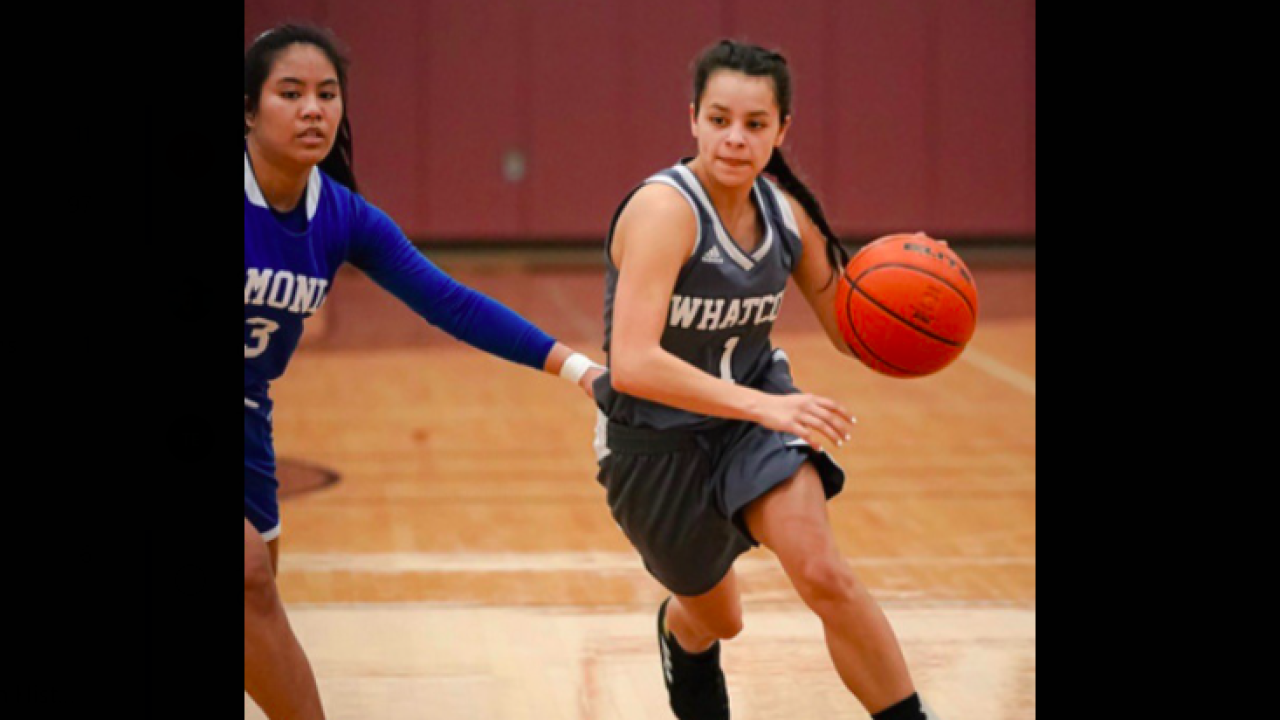 Originally from Ferndale, Washington, Rodriguez, a 5-foot-5 guard, was named the Northwest Athletic Conference’s north region Defensive Player of the Year, while averaging nine points, five rebounds and 141 assists for the Orcas this season. As a freshman, Rodriguez was named to the first-team all-defensive team.

“Carmelita is a player who can impact a game on both ends of the court,” Keller said of Rodriguez.

“She is known as a great defender, and put up impressive offensive stats, averaging five assists, and nearly double-digits in scoring. She’s a winner who helped turn around the women’s basketball program at Whatcom and we look forward to her being part of our program.”

Rodriguez plans to study business administration with an emphasis on management, and carries a 3.6 GPA. She is the daughter of Ruth Rodriguez.

“I chose Rocky Mountain College because they have a good business program and have a highly-competitive basketball program,” Rodriguez said of her decision.