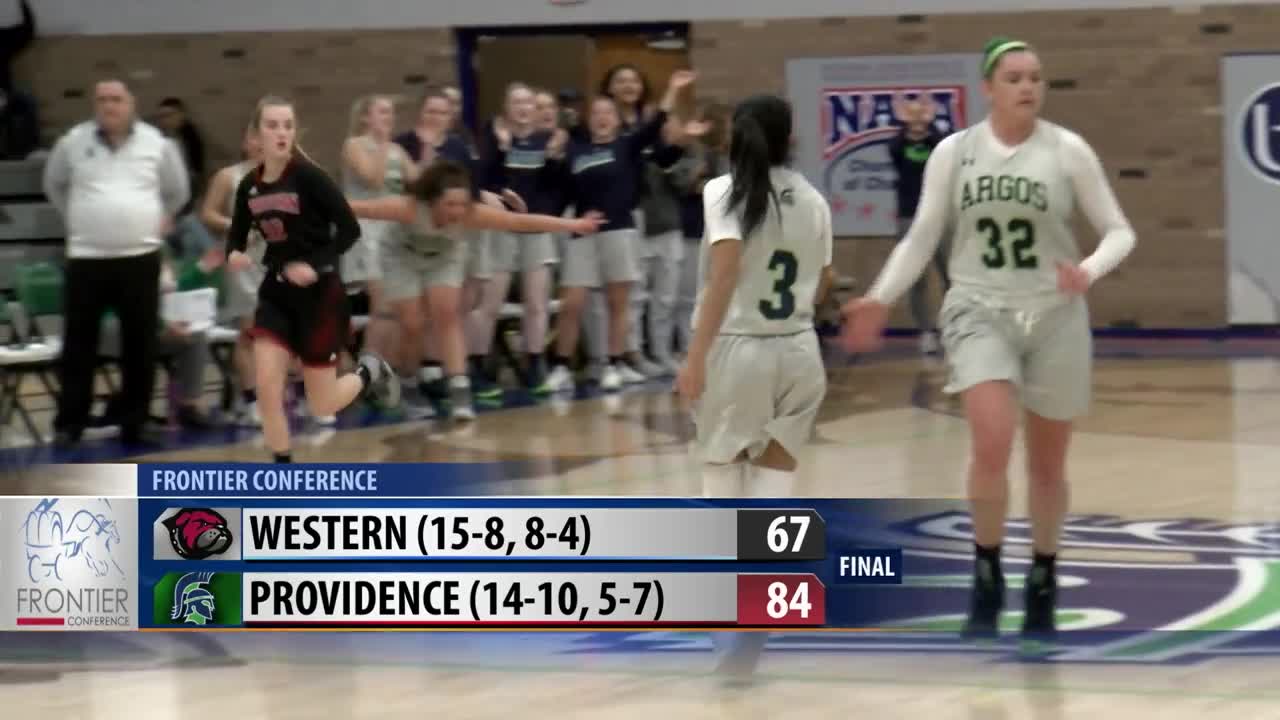 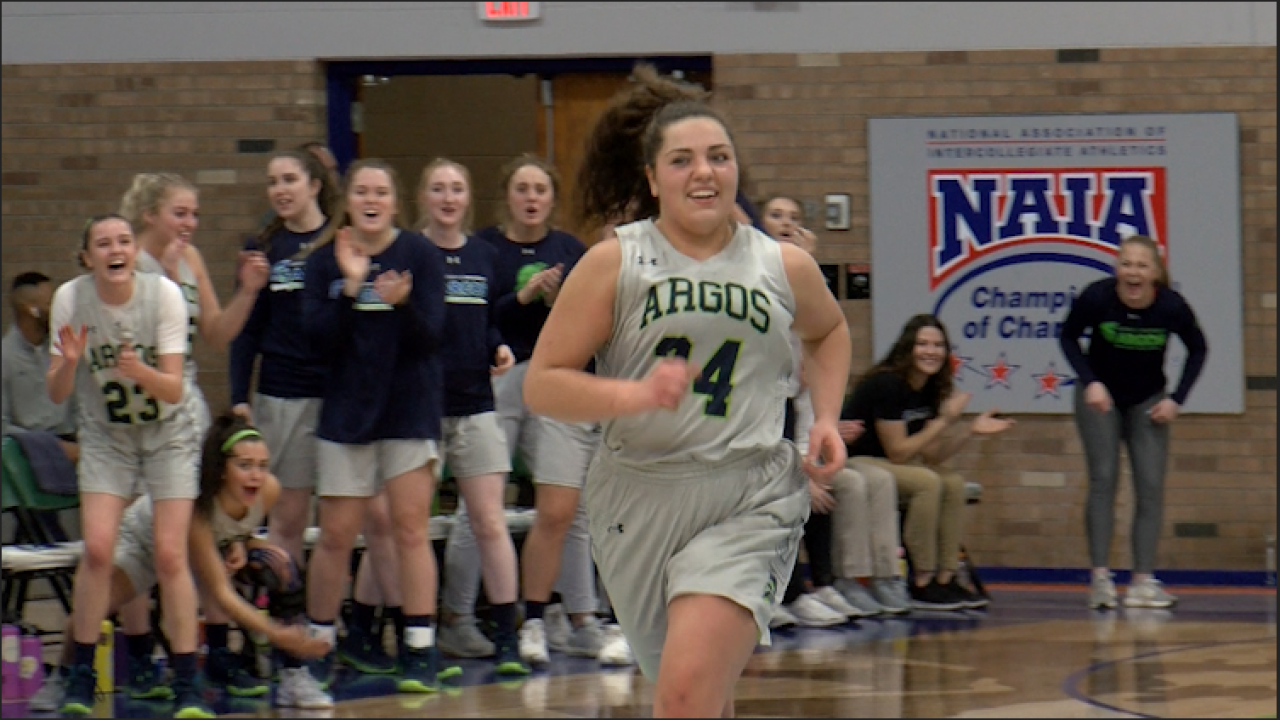 GREAT FALLS -- The Providence men's and women's basketball teams recorded a Frontier Conference sweep of Montana Western in a Saturday doubleheader. The UP women cruised to an 84-67 win over No. 22 Western, while Zaccheus Darko-Kelly recorded a triple-double in helping the 11th-ranked Argo men to a 100-85 win over the Bulldogs.

The University of Providence women's basketball cruised to an 84-67 upset victory over No. 22 Montana Western Saturday night.

"Parker was a beast tonight," head coach Bill Himmelberg said. "She's tough to beat when she plays like that. Emilee was as good as I've seen her tonight. Those two together, when they play like that and everyone else shows up, we're really hard to guard."

Himmelberg was proud of the way his girls responded Saturday after falling to Rocky Mountain College on the road on Thursday.

"I thought our girls played a full 40 minutes tonight," he said. "I thought we came out and followed the game plan. Defensively they did what we asked of them to do. They executed offensively. Every time we talked about something in a timeout or at halftime, they came out an executed it and did exactly what we wanted them to do. It was nice to see that."

Things won't get any easier for the team as they try to garner some momentum in the brutal Frontier Conference. They'll travel to Lewis-Clark State on Thursday and then Montana Tech on Saturday.

"Every win you get in the Frontier is big," Himmelberg said. "But beating the first-place team means a lot. It gives us some confidence. Now we have to be ready to go. We have to go win a couple of road games. We're more than capable of winning both. Hopefully this gives us confidence to reach the goals we set for ourselves."

Zaccheus Darko-Kelly had a triple-double to lead the 11th ranked University of Providence men's basketball team to a 100-85 victory over Montana Western Saturday night.

Darko-Kelly checked out of the game with 21 points, 11 rebounds and 11 assists on the evening. He also recorded two blocks and two steals. He is the first player in head coach Steve Keller's collegiate coaching career to have ever recorded a triple-double.

"We switched him to the point to make sure has the ball in his hands a little bit more," Keller said. "He made really good decisions. He's just a really special player."

Darko-Kelly was one of the five Argos to hit double-digits Saturday and one of three to score over 20. Jaxen Hashley recorded a career-high 24 points along with 11 rebounds and 4 assists. Brandon Cotton scored 21 points and had 3 assists. Dawson Fowler nearly reached a double-double with 12 points, 9 rebounds and 5 assists while Rashee Stocks scored 11 points. The team also recorded 25 assists as a team for the evening.

"All of our guys played hard tonight," Keller said. "Z obviously played exceptional. Jaxen had his career-high. Brandon had 21. We had five guys in double figures. We shared the ball. 25 assists is a lot of assists in a game. I'm just happy. This was a big game. We are at 20 wins. Now we have to keep it going."

The Argos have a tough road trip next week. They'll travel to Lewiston, Idaho to take on #5 Lewis-Clark State on Thursday and then on to Butte, Mont. on Saturday to face Montana Tech.