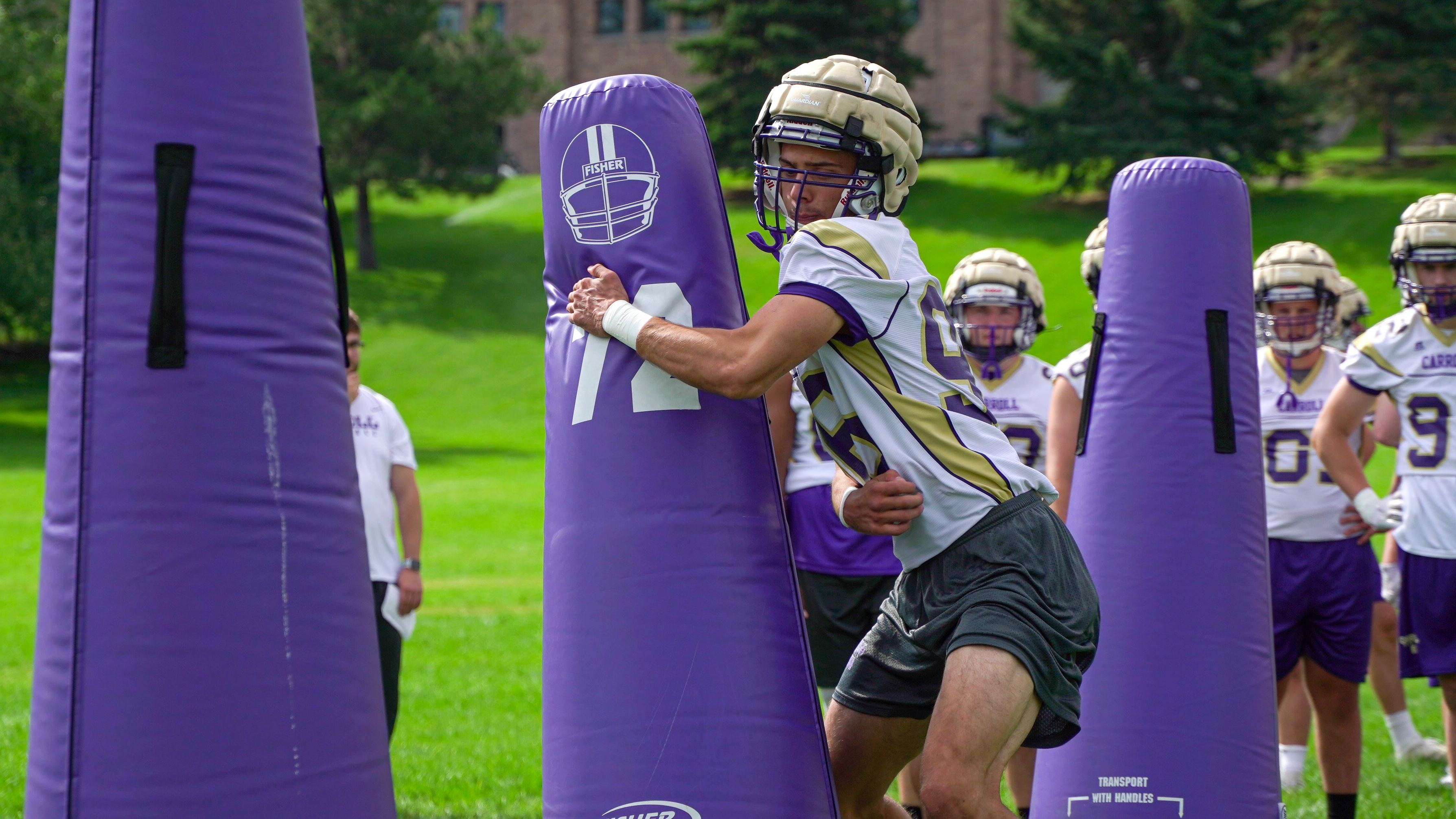 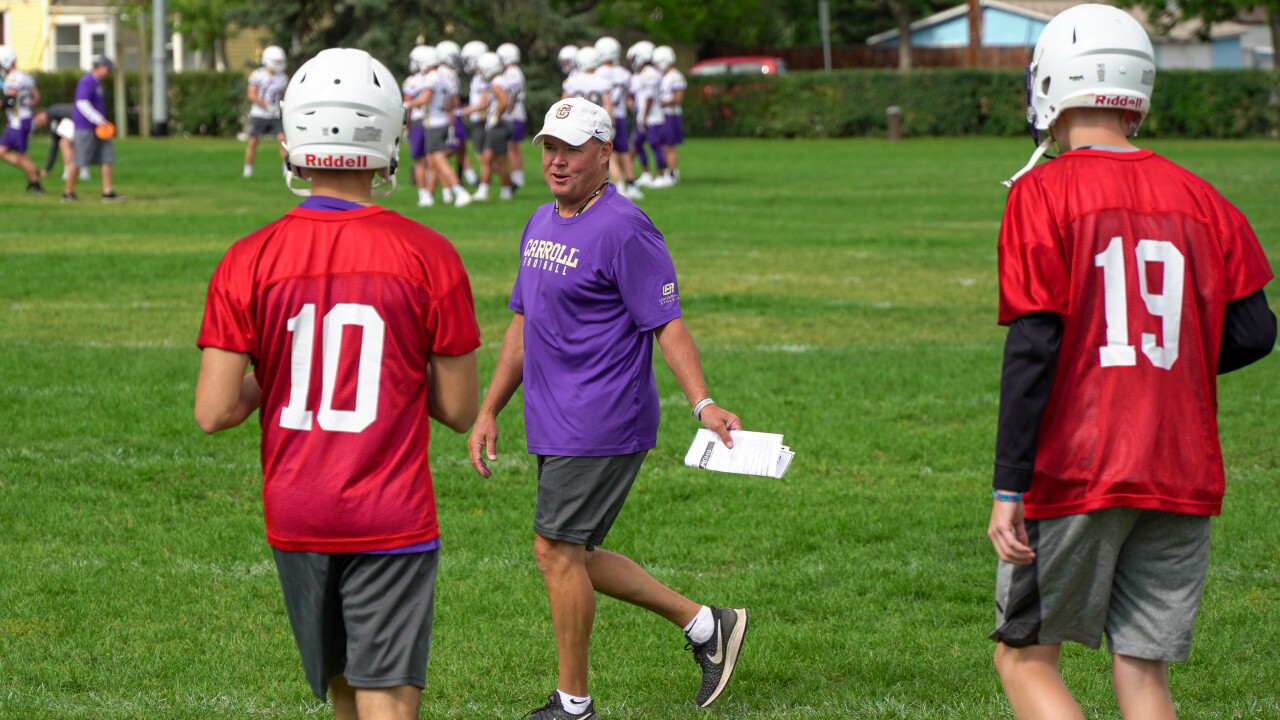 HELENA -- Troy Purcell and the Carroll College football program officially opened fall camp over the weekend, prepping for the Saints' season-opening game on Saturday, Sept. 7 at Montana Western in Dillon.

Eight months have passed since Purcell was named head coach at his alma mater, replacing Hall of Fame and now-retired coach Mike Van Diest, and the enthusiasm at Carroll's practice doesn't go unnoticed.

"This is fun to finally get back out here. It's been since Dec. 10 of running and spinning and going, the snow, recruiting and all of that," said Purcell. "It's just good to get back out here, to get all the guys here because you don't know, you're always thinking, 'What about this guy? What about that guy?' You just don't know. Now they're all here, now they can all prove themselves. We can get them in school, get them to know what Carroll football is all about, especially the young ones, and just keep moving forward. It's exciting."

“The excitement is through the roof. I think we’re all just itching to get back at it and we’re all flying around having a great time. It’s been really enjoyable so far," said senior linebacker Dylan Kresge. "I think we’re just looking forward to putting the pads on and really getting after it, finally putting it all into action. We’re all back together as a whole team, so it’s been a lot of fun and we’re all looking forward to this season coming up.”

It's no secret Purcell planned to bring changes to the program, which hasn't tasted the NAIA playoffs since 2014, but those modifications aren't limited to the playbook. Carroll players have a fresh, new look at practice, donning bright white helmets, which have replaced the longtime gold lids that saw the Saints win six NAIA national titles.

"It's definitely been a big change. We kind of got hooked up with a lot of Nike gear this fall, we had to fund-raise for that, but the new white helmets, kind of changing it up. It's kind of a new era of Carroll College football," said Kresge. "We have this mentality where we're going to come out hot. We're all looking forward to the season, flying around, having a good time with our brothers. I think this new freshman class coming in, they're going to build with us, so it's going to be a lot of fun."

"It's just something different. When I played it was a purple helmet with a gold mask, then it went to the gold with a gray mask and now it's a white with the purple mask, which, it will have a little more flash on it after we get through two-a-days," added Purcell. "It's exciting. The kids are excited and they love it. They said it looked clean. If they like it, I'm in."

One other addition to the practice field on Carroll's campus was a small, white box in the northeast corner of the field, nestled next to a black speaker blaring music. The white box? A way for Purcell to display the various periods during practice, something that keeps the team organized and alert.

"I'm tempo, tempo, tempo," said Purcell. "It would be hard for me not to have it. Before I had it, I would always run long, re-do plays, then pretty soon I was cutting out stuff (from practice) that was important. If you don't get things in, that's on us, so we have to make sure the tempo is staying where it needs to be."