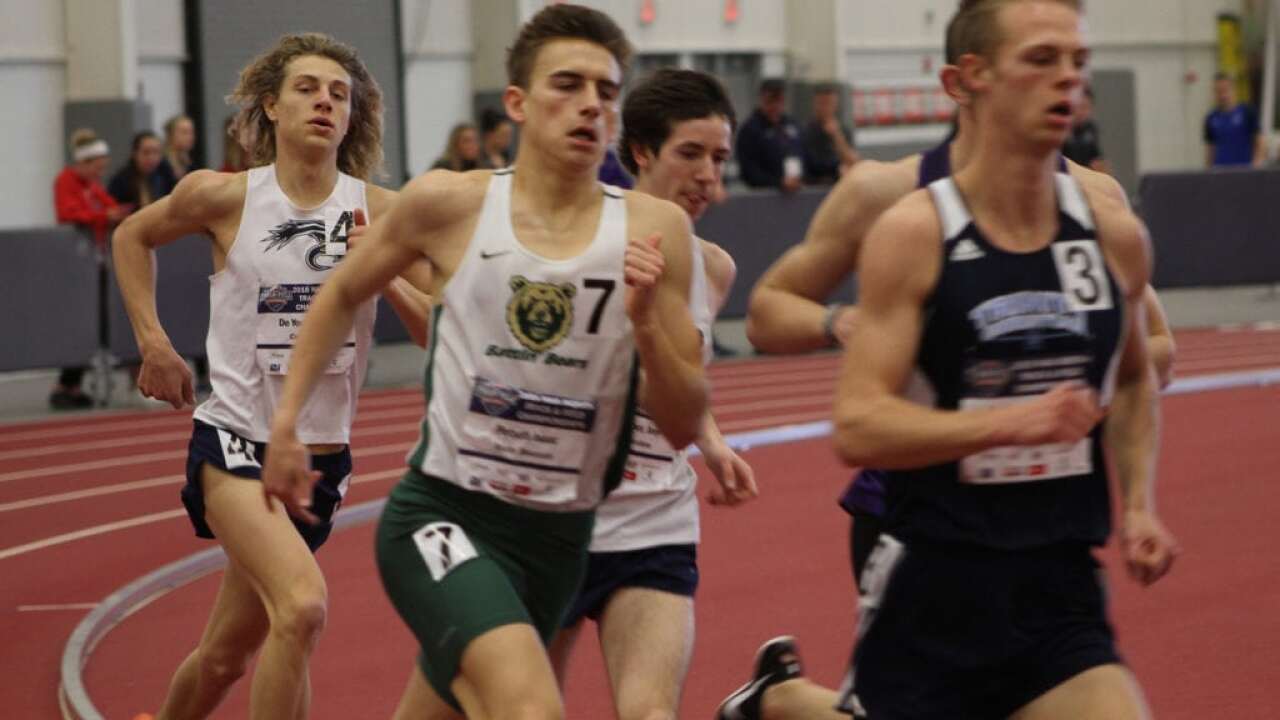 All three earned a trip to the 2020 NAIA Indoor Track & Field National Championship.

Michael Lee hit the NAIA's "B" mark in the men's shot put with a personal best and school record-setting throw of 15.26m/50'0.75". With the qualifying mark, Lee becomes the first student-athlete in school history to earn a trip to nationals in a field event.

"We've been working a lot on getting his form under control," said Coach Anicia Knispel. "Going into the throw, we let him know to extend his hips. He got the hips extended and had a big throw. We are really excited for him."

The sophomore from Kalispell, Mont., finished in third in a field of nine with the best throw from an NAIA athlete in the event.

"At first, I thought it was a pretty bad throw," said Lee, who had broken the previous shot put record last week. "After last week I was pretty disappointed until I saw how far it actually went."

After hitting the NAIA's "B" mark in the men's mile in January, Isaac Petsch ran a time of 4:21.92 to hit the NAIA's "A" mark on Saturday. The senior from Billings, Mont., finished in third in a field of eight as the only NAIA runner in the race.

Joseph Vanden Bos hit the NAIA's "B" mark in the men's 800m with a time of 1:56.85. He placed in second in a field of six with the top NAIA time. Finishing right behind him was teammate Elijah Boyd who just narrowly missed hitting a qualifying mark with a time of 1:57.78.

Finished with a time of 3:30.84, Rocky's men's 4x400 relay team placed in second between a pair of squads from the Bobcats. The team consisted of Lawrence Bryant, Caden Bethel, Vanden Bos, and Boyd.