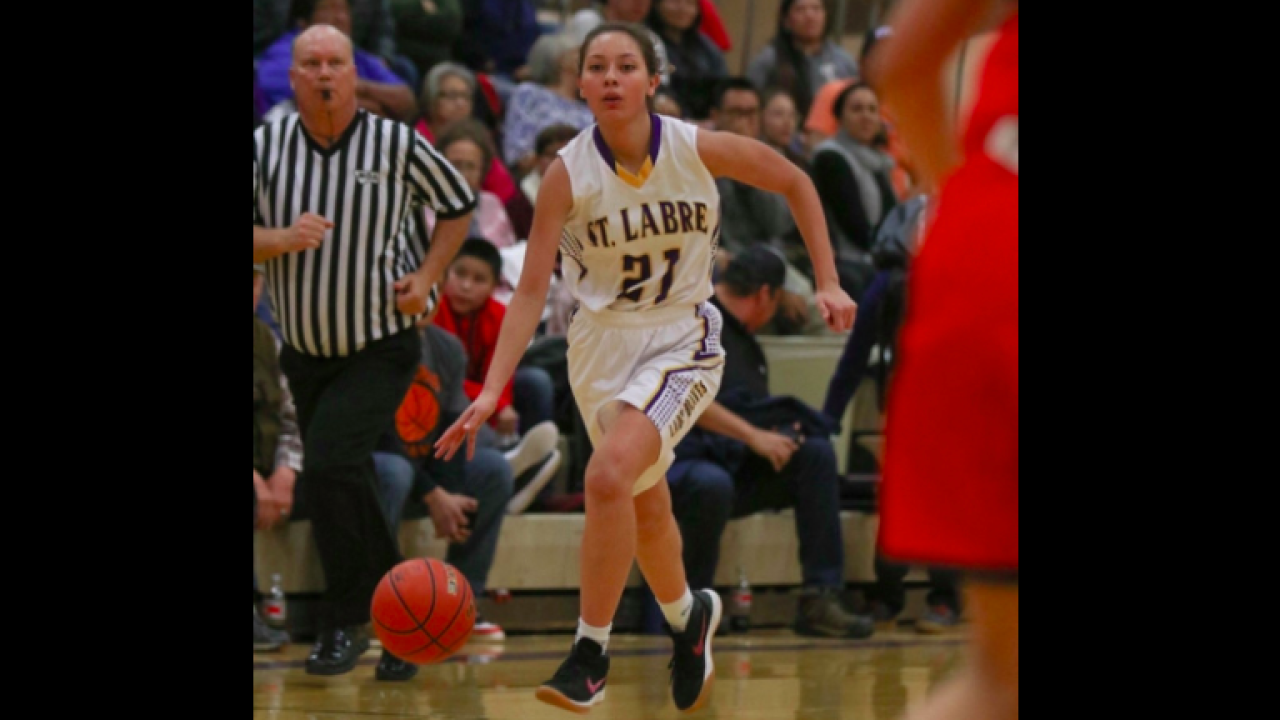 Ewing comes to Rocky after completing a successful career at St. Labre Indian Catholic School in Ashland. As a two-time captain for the Braves, Ewing was named all-conference as a junior and senior. This season she averaged 10 points, four rebounds, two assists and four steals per game.

“Teegan is a solid addition to our program and the college overall,” Keller said. “She is a very good athlete who had an accomplished career at St. Labre in three different sports. We look forward to having her on campus.”

Ewing is the daughter of Steve and Tammy Ewing. She carries a 3.41 GPA and plans to major in elementary education.

“Rocky Mountain College has a well-known reputation for its education program," Ewing said. "One of the biggest factors for choosing Rocky is that I am close to home and will be able to play on the women’s basketball team. I am very excited for this opportunity.”