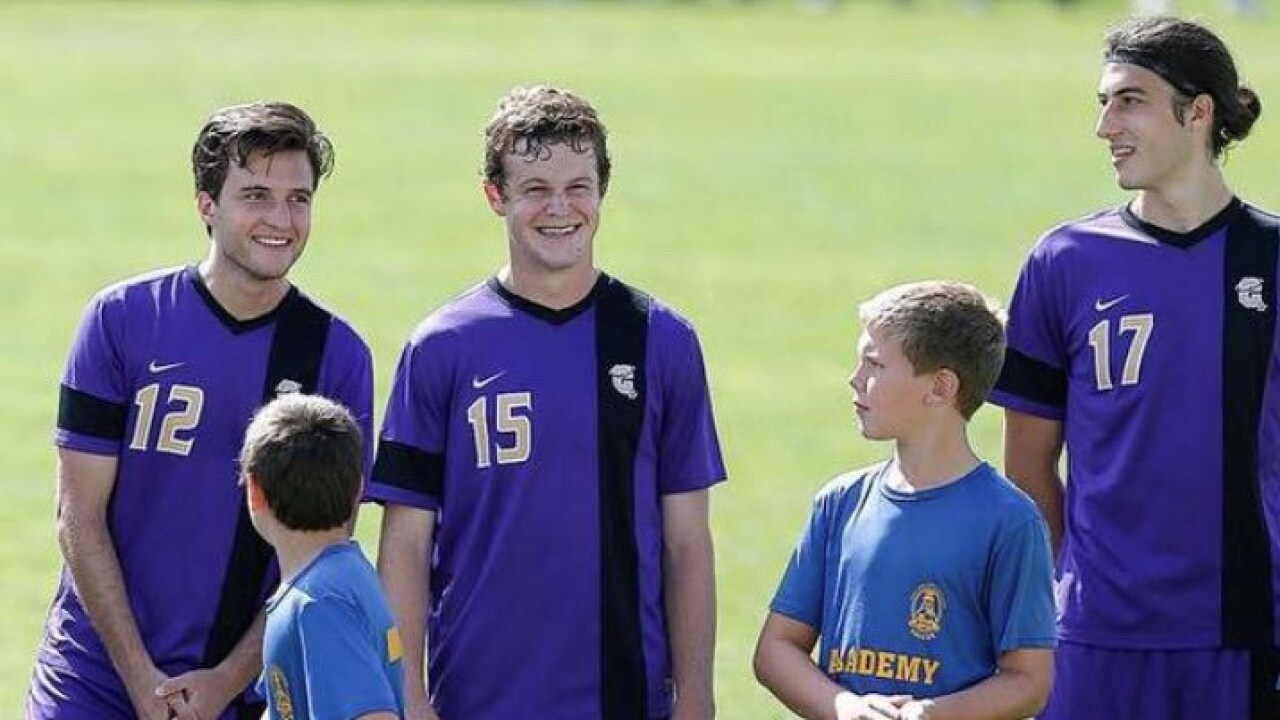 With COVID-19 putting live sporting events on hold, the Cascade Collegiate Conference wanted to take the time to highlight families within our #ThisIsTheCCC community. Many of our member institutions have administration, coaches and student-athletes family members competing together, making the CCC truly a family affair.

CORVALLIS, Ore. – When attackers come into Carroll College’s defensive third of the field, they have to go through a wall of twin brothers: Leonardo and Paolo Georgiades.

The Johannesburg, South Africa natives grew up doing everything together, so continuing to play soccer on the same collegiate team didn’t seem like a crazy idea to Paolo.

“I’ve always played soccer with my brother, so it would have felt unnatural to be playing at a college without him,” said Paolo, who is majoring in political science and international relations.

Leonardo – who was born two minutes faster – on the other hand, didn’t really think it was a possibility until their older brother Alessio went to Carroll.

“We have always played soccer together and the idea of playing in the same college team didn’t occur to me until our older brother went out to the U.S. to play soccer for Carroll College,” said Leonardo, who is majoring in financial planning with a minor in accounting. “It’s been a lot of fun [growing up playing with Paolo]. We always had each other to play with – and even against – in soccer so we were never bored. It was nice to have someone you’re close with be with you when you compete.”

Being a college freshman can be scary, especially in a new country, but Paolo and Leonardo had each other, bringing a piece of home with them.

“When traveling for away games as a freshman, it would initially feel strange when rooming with another player who is relatively unknown,” said Paolo. “Having a brother to room with definitely eased that strangeness.”

The familiarity translated onto the field as well. Since they were freshmen, the Georgiades brothers have been a staple in the Saint defense. In 2018, along with brother Alessio, they helped lead Carroll to the Cascade Collegiate Conference Men’s Soccer Tournament, presented by U.S. Bank. Together, Leonardo and Paolo have accounted for eight goals and 14 assists for the Saints.

“It sometimes seemed like we knew what we were each going to do on the field before it happened,” said Paolo. “That definitely helps with chemistry on the field.”

Leonardo and Paolo have one more season together with the Saints, before graduating and hoping to pursue careers as professional soccer players, wherever that may take them. Their brother Alessio is currently playing in Spain, perhaps with another Georgiades reunion in the future.