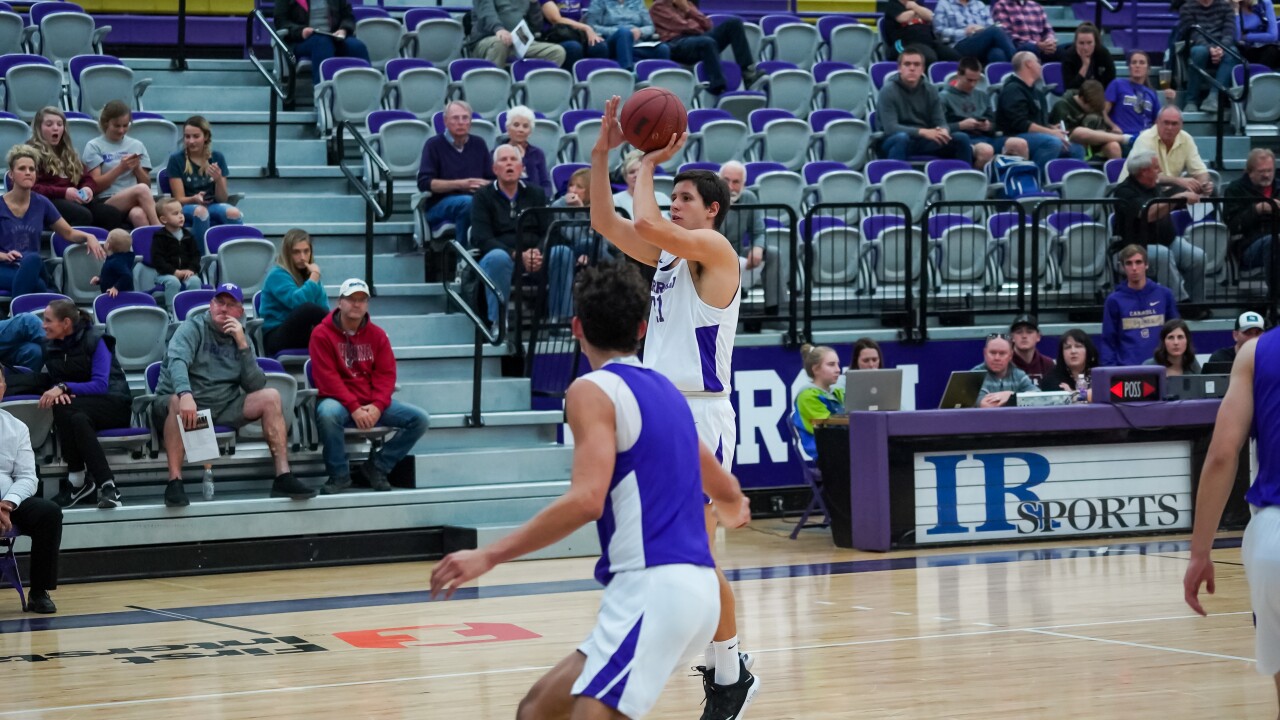 "We carried over our intensity from practice this week to the game," Saints coach Kurt Paulson said. "The players earned the victory with their attention to detail on defense. We out-rebounded them and that was key as well."

Carroll started the game on a 14-2 run, playing a tenacious brand of defense that looked more reminiscent of a midseason form than a young team learning how to play together. Southern Oregon (0-1) couldn't find it's rhythm, finishing the first half with a meager 16 points while shooting just 25 percent from the field.

The Saints, meanwhile, surged to a 39-16 lead. Any growing pains that were expected of a team that played five freshmen on Friday and eight underclassmen, were nowhere to be found. Sure the Saints had a few lapses but throughout the game, Carroll never let SOU get comfortable.

Sljivancanin, who came on strong for the Saints a season ago, blew up the box score with his totals, while senior Dane Warp added 12 points and a game-high four assists and freshman Dennis Flowers III finished with 10 points.

The Raiders punched back in the second half, outscoring the Saints 42-40, though most of that damage came from the free-throw line, as the Saints couldn't get to the line, shooting just nine free throws, while SOU shot 25, making 19.

The Raiders never truly made a run at the Saints.

Carroll out-rebounded the experience-laden Raiders 25-21, a fact Paulson pointed out had a big impact in the victory.

NOTES: Brendan Temple had the first dunk of the season for the Saints, stealing the ball and flushing the ball in the first half. Sljivancanin bettered his previous career-high of 23 points by a whopping 11 points.