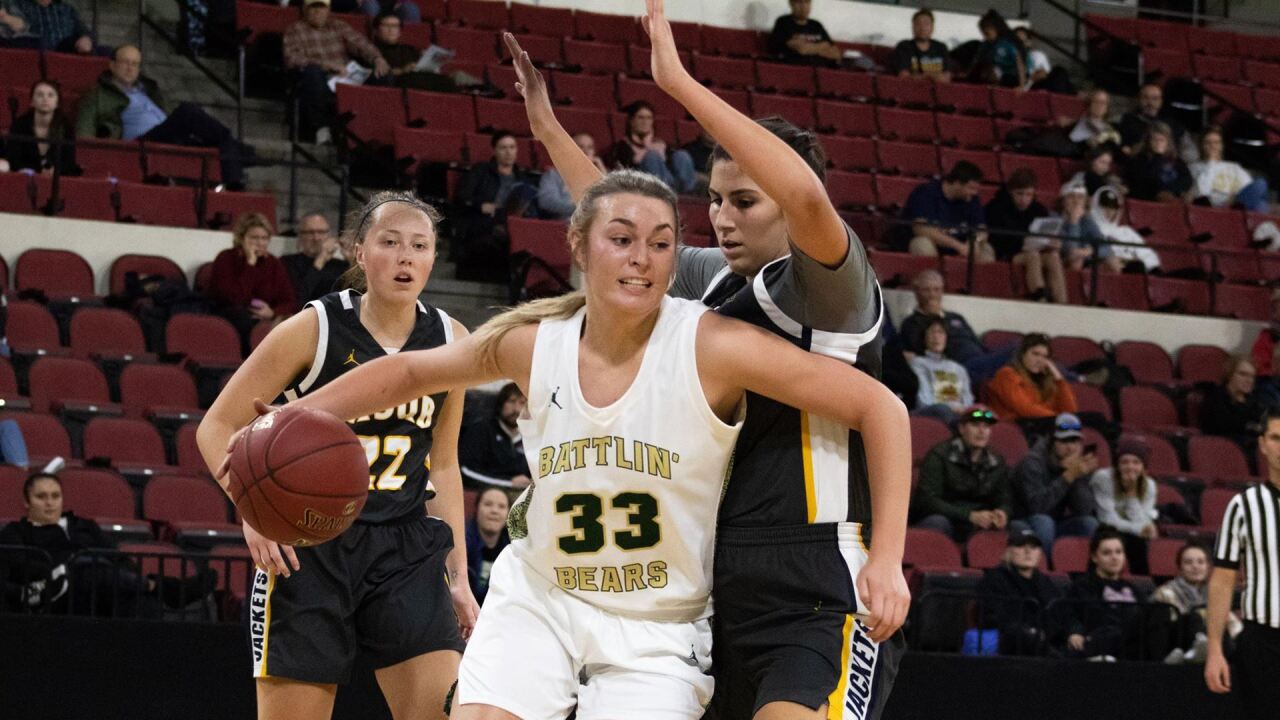 Rocky (2-1, 0-0 Frontier) jumped on a 9-0 run at the beginning of the game off of seven points from Destinee Pointer in nearly the first two minutes. Using that momentum, the Battlin' Bears led from tip to buzzer, despite a late resurgence by the Yellowjackets (0-3, 0-0 GNAC).

Rocky entered the fourth period up 61-51, but only scored five points in the final quarter of play. In the final six minutes, the Battlin' Bears scored a single free throw, while not landing a single field goal as the Yellowjackets gained ground. MSU Billings drew within one point in the final minute, but missed the game-winning shot in the final four seconds.

The Battlin' Bears shot 40 percent from the floor and from beyond the arc. The Yellowjackets posted a field goal percentage of 29.2 percent and hit 9 of 33 from deep. Rocky out-rebounded MSU Billings 50-40, but had 16 turnovers to the Yellowjackets' eight.

Posting a team-high 21 points and 14 rebounds, Rocky's Markaela Francis posted a double-double for the third game in a row. Pointer also scored in the double digits with 14 points.

The Battlin' Bears will next play Yellowstone Christian College at the Shrine Auditorium on Nov. 12.