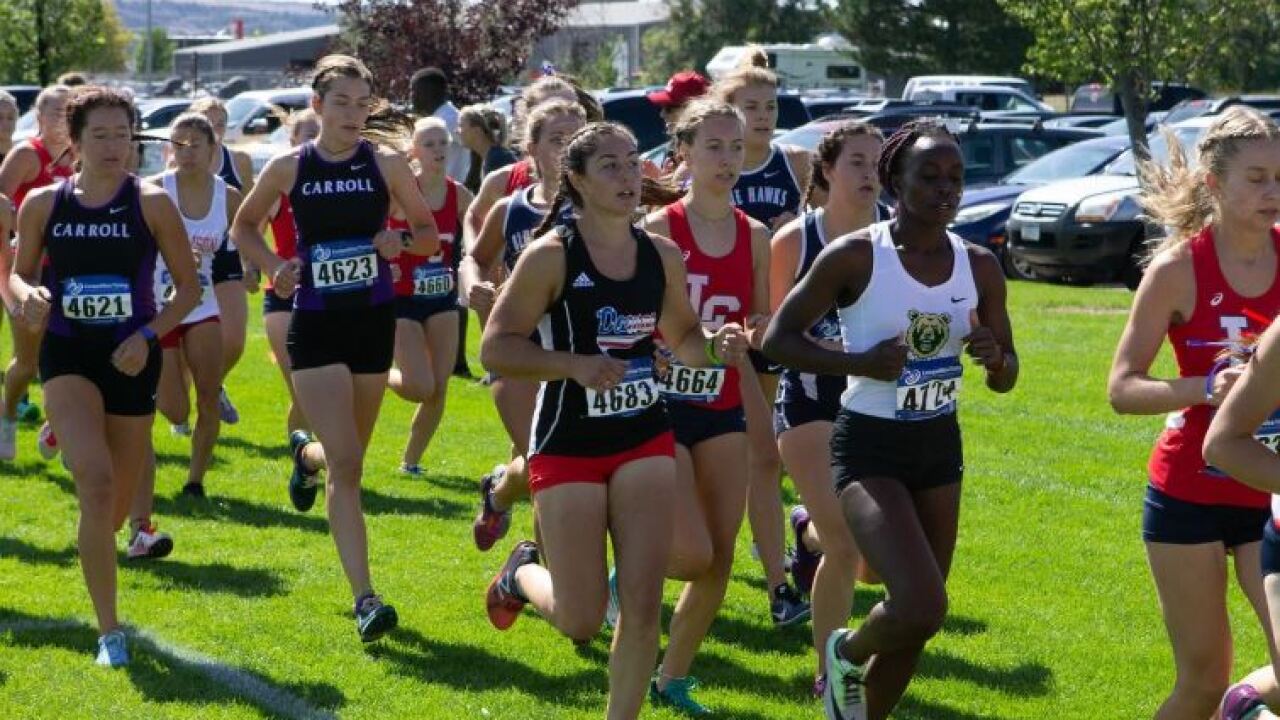 Six teams are set to compete in both championships with Rocky Mountain College racing alongside Carroll College, Lewis-Clark State, Montana Western, MSU-Northern, and University of Providence.

"Rocky Mountain College is honored to host the Frontier Conference Cross Country Championships for this year," said Rocky's athletic director, Jeff Malby. "We are thrilled for the opportunity to witness premiere athleticism displayed by the Frontier's student-athletes in their pursuit of a conference title right here in Billings, Montana."

For the men's race, both Rocky Mountain College and Lewis-Clark State enter the race listed in the NAIA Men's Cross Country Coaches' Top 25 Poll. The No. 7 ranked Warriors sit in the top ten teams nationwide while the Battlin' Bears sit further back in the polls at No. 18.

The Warriors won last season's conference meet last year just three points ahead of the Battlin' Bears who took second place. Both teams competed in the NAIA National Championship last year after Rocky secured an at-large selection. Lewis-Clark finished in No. 11 at the 2018 NAIA Cross Country National Championships while Rocky finished in No. 23.

On the women's side, both Lewis-Clark and Rocky Mountain College also sit at the top of the pack as the only two nationally ranked teams competing Friday. The Battlin' Bears rank at No. 14 while the Warriors rank No. 19. Similar to the men's results last year, the Warriors won the conference title with Rocky finishing in second while both teams advanced to nationals. At the NAIA's national championship, Lewis-Clark finished at No. 10 while Rocky placed at No. 26.

The men's 8K race will start at noon at Amend Park and will be followed shortly afterwards by the women's 5K race at 1 p.m. The Frontier Conference's award ceremony will take place at 1:45 p.m.