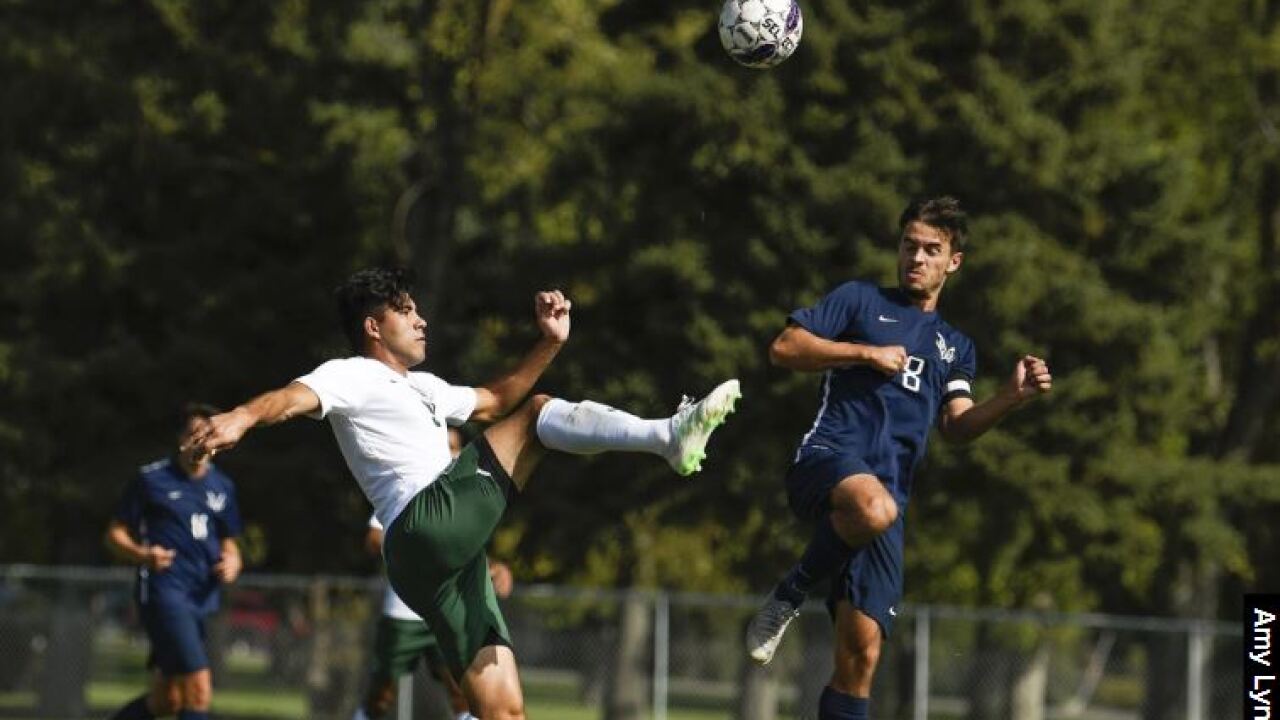 BILLINGS - The Rocky Mountain College Battlin' Bears earned two big wins Sunday with a sweep of Southern Oregon to stay near the top of both Cascade Conference standings.

Two goals from Sky Swenson lifted the Rocky men over the Raiders 2-1. Swenson knocked in his first goal in the 24th minute unassisted to put the Battlin' Bears (6-3, 5-1 CCC) up by one. Southern Oregon's (5-5, 3-2 CCC) Alan Gaytan found the back of the net for the equalizer in the 73rd minute.

The game remained tied until the 86th minute when Swenson once again rose to the moment. Snagging a ball from a Raider's defender, the junior from Berlin, Germany powered in the game-winning goal.

"It was an exceptional performance by Sky today," said Rocky Mountain College's head men's soccer coach, Richard Duffy. "We put together a strong first half, but dropped off a bit in the second period. We'll look to put together two full quality periods next game."

It took Rocky's women 89 minutes meanwhile to break through, but Lauryn Gamache kicked in the game-winning goal with just 52 seconds left on the clock for a 1-0 victory. With time dwindling down, Hannah Borgel threaded a ball between two Raiders to Gamache. Gamache shifted past another Southern Oregon defender and powered the ball into the top of the net for the game winner.

Rocky's Maia Wetzel recorded her sixth shutout of the season with six saves on the day.