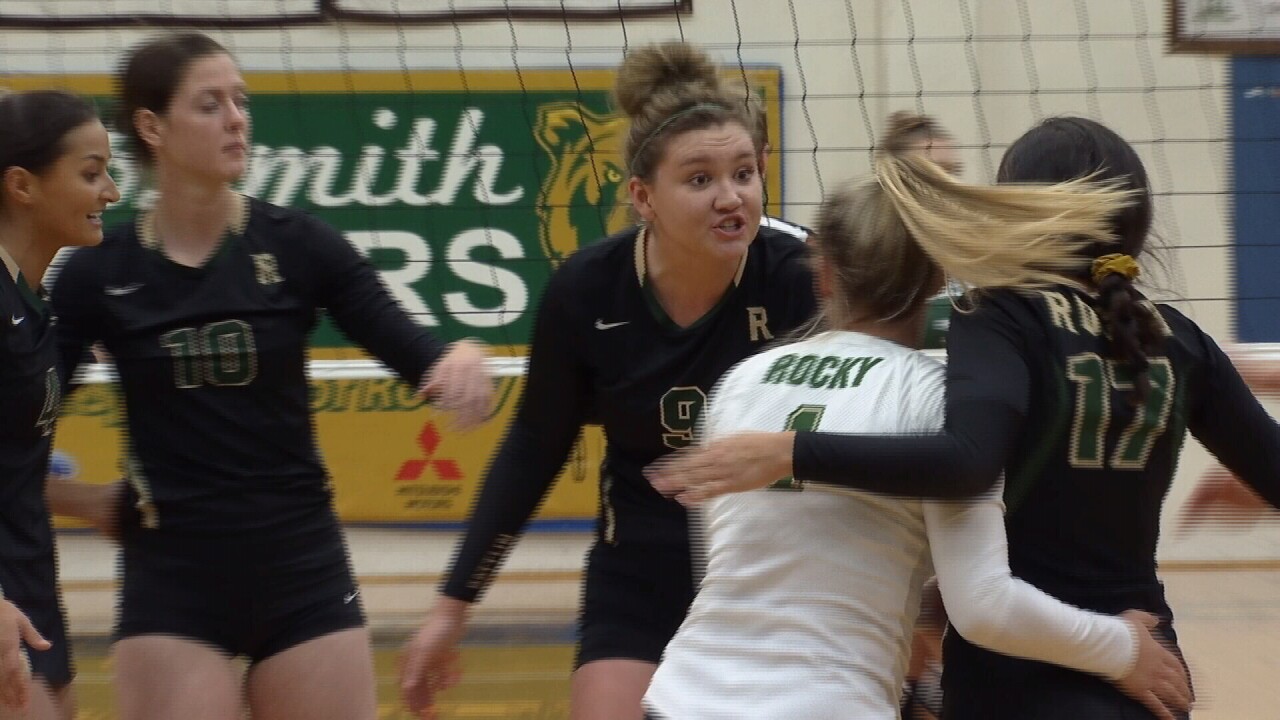 The Battlin' Bears were led by the pair of Miranda Gallagher and Morgan Allen who each recorded eight kills and two blocks. Daniella Russell knocked down an additional six kills. Natalie Hilderman posted 26 assists while Ayla Embry had 20 digs.

Rocky will host University of Providence for their final match of the 2019 regular season on Saturday at 7 p.m.