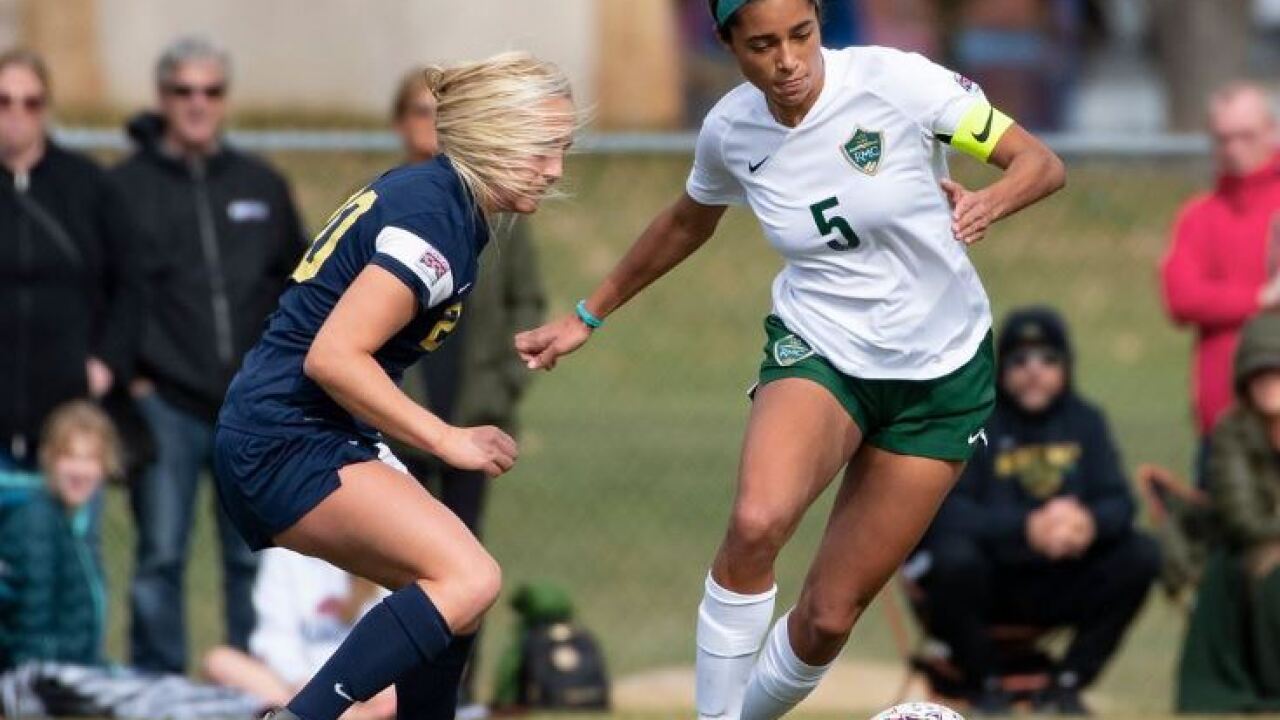 Gamache was one of four Battlin' Bears to score against the Beacons (2-15, 1-11 CCC) Friday afternoon. Hannah Borgel and Haley Nicholson both knocked in two goals while Amber Pearson recorded of her own.

Pearson also recorded four assists which ties Gamache and Montignani for most assists in a single match in program history. Alexis Robbins and Haley Nicholson were also credited on the assists.

Rocky's 11 goals counted as most in a single match in program history. The previous record was 10 goals against Southwestern College of Arizona in 2009.

The Battlin' Bears finished with a 34-4 shot advantage and led 7-1 in corner kicks.

Goalkeeper Maia Wetzel added her tenth shutout of the year which counts as most in a single season for the Battlin' Bears. Northwest Christian's Makenna Hadaller had nine saves with 11 goals allowed.

Corban University will host the Battlin' Bears in Rocky's final match of the regular season on November 3.

The Battlin' Bears' (12-3, 11-1 CCC) Jens Zimmerman opened up the match with his first career goal in the third minute. The sophomore defender headed the ball into the net off a corner kick from Nolan Sherwood. Shortly afterwards in the ninth minute, Marco Kummerle put the Battlin' Bears up by two off an assist from Pablo Ferreira.

The Beacons' (2-11, 2-10 CCC) Oswaldo Ramirez drew the game within one goal less than five minutes later as he headed in a ball himself off a corner kick from Andrew Mitchell.

Less than two minutes before the half, Kummerle struck again. The senior midfielder scored his 13th goal of the season off a free kick from 20-yards out.

The Battlin' Bears finished with a 19-9 shot advantage and a 6-2 advantage in corner kicks.

The Battlin' Bears will play Corban University on the road in their final match of the regular season on November 3.