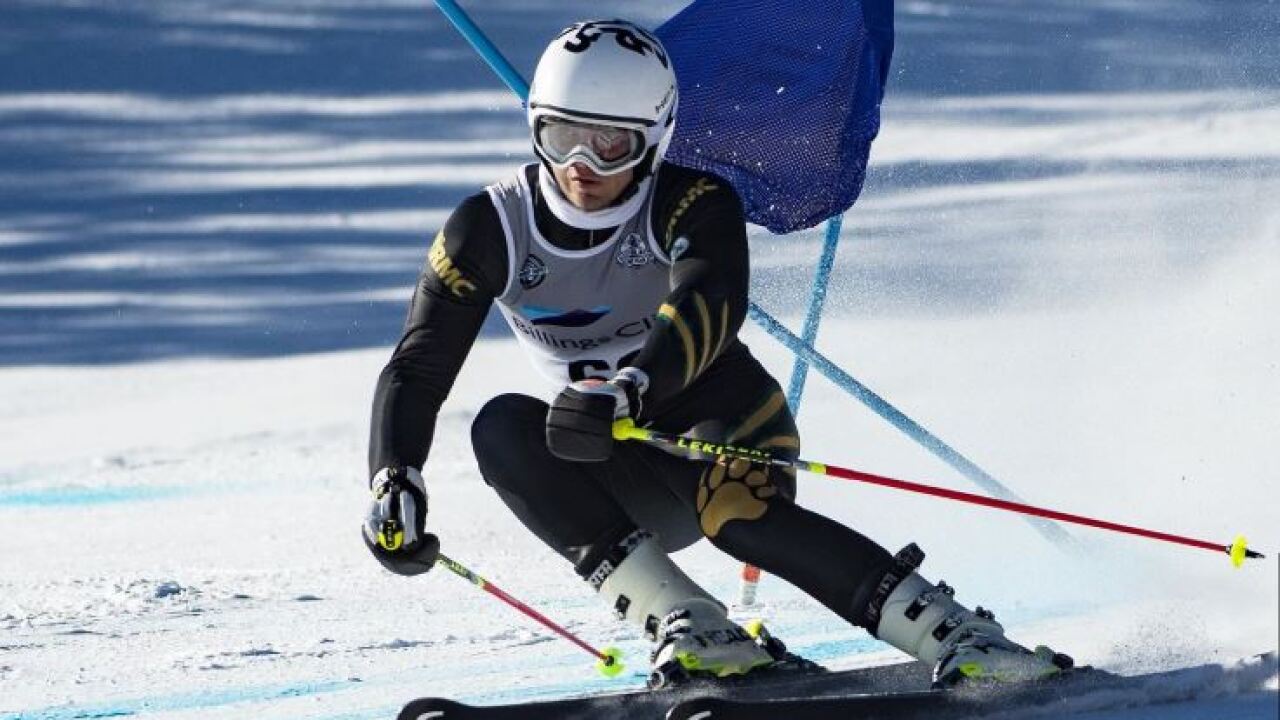 In the slalom race on Saturday, Bye's second run of 47.71 was the fastest of the day as the only run under 50 seconds. He secured the individual victory with a combined time of 1:42.80.

The men's team finished in first in a field of four teams.

On the women's side, Sydney Weaver cruised to a first place individual win with runs of 59.75 and 53.34. Her combined time of 1:53.09 was more than six seconds faster than any other skier in the event.
a
Teammate Jessica Liu took third place with a total time of 2:00.91 while Larissa Saarel finished right behind her in fourth at 2:01.84.

With three Battlin' Bears unable to finish both of their runs, Rocky ended the day ranked third with 23 place points as Colorado State University took home the team win with a score of 17.

In the men's slalom on Sunday, the Battlin' Bears secured the top four finishes on their way to their second team victory of the weekend. The team finished with six place points which counted as 33 less than Colorado Mesa University who took second.

Alexander Sehlberg's combined time of 1:42.36 earned him an individual victory after finishing in 11th the day prior. Sehlberg raced down the slope in 48.35, the fastest time of the day, on his first run before recording a run of 54.01 on his second.

Teammate Filip Johansson finished in third with a total time of 1:44.34 while Dalmalm finished behind him in just a hundredth of a second at 1:44.35. Luke Allen took sixth at 1:48.21.

In the women's slalom, Ester Jakobsson secured the Battlin' Bears their fourth individual victory of the weekend on a combined time of 1:48.80. Jakobsson's first run of 50.72 was the fastest in the event and she completed her second run in 58.08.

Finishing ahead of University of Utah by a single point, the Battlin' Bears took home the win with 11 place points.