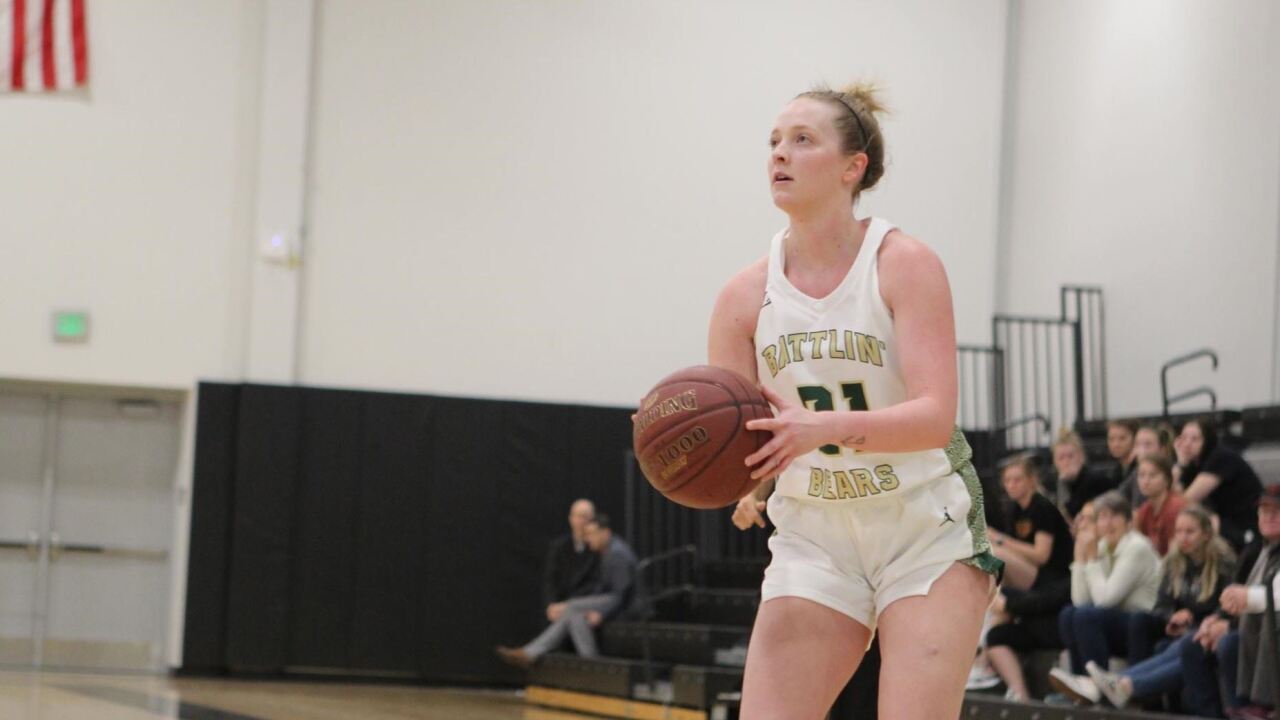 Kloie Thatcher's nine points from beyond the arc helped propel the Battlin' Bears (7-3, 1-1 Frontier) to a 17-2 lead early in the first period. Shooting 50 percent through the first two periods, Rocky entered the half up 41-20 over the Hawks (4-8, 0-3 GSAC). Leading by as much as 26, the largest margin of the game, in the third period, Rocky managed to maintain a comfortable lead from tip to buzzer.

Playing in her hometown of Chandler, Ariz., Spruit came off the bench to post a season-high 20 points off of 5-of-8 completed from deep. Markaela Francis had 15 points and a team-high 8 rebounds while Destinee Pointer scored 11.

The win counts as the second year in a row that the Battlin' Bears have defeated the Hawks in Chandler, Ariz.

The Battlin' Bears will return home to Billings, Mont., to host the 2019 Hampton Inn Green & Gold Classic on Dec. 27-28 in First Interstate Arena at MetraPark. They will play Bethesda College on Dec. 27 and Mount Royal University on Dec. 28.