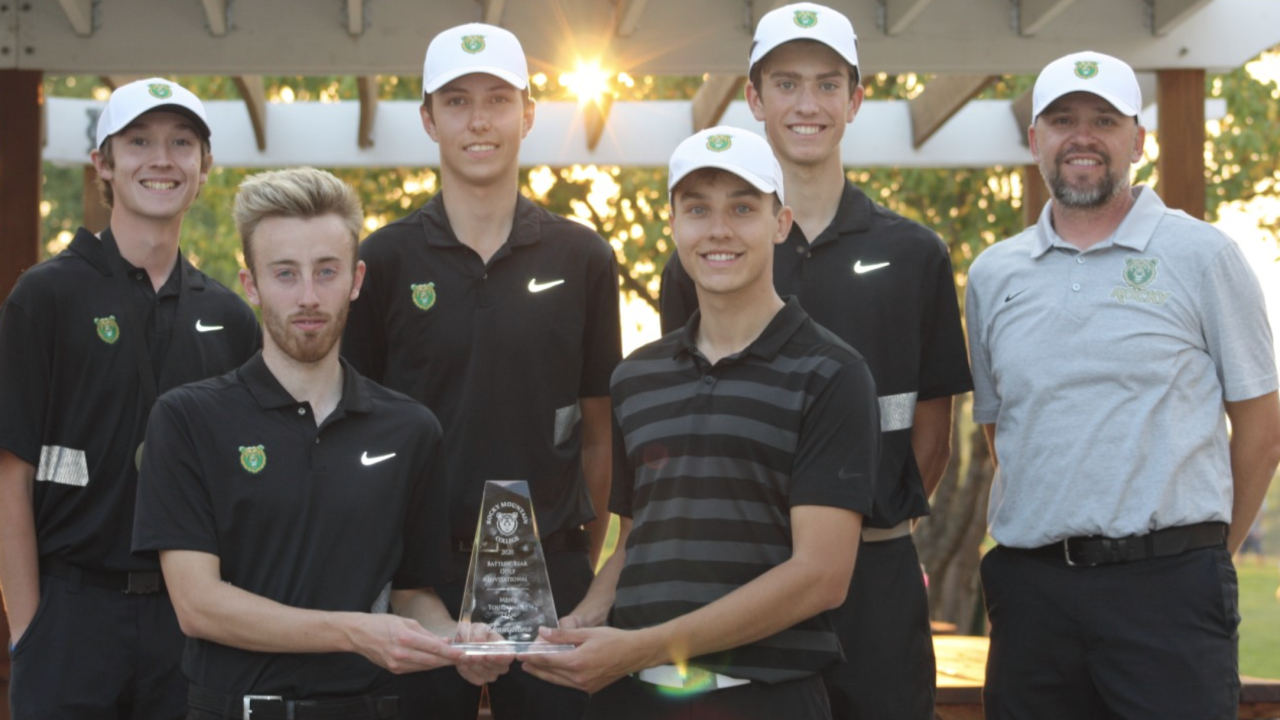 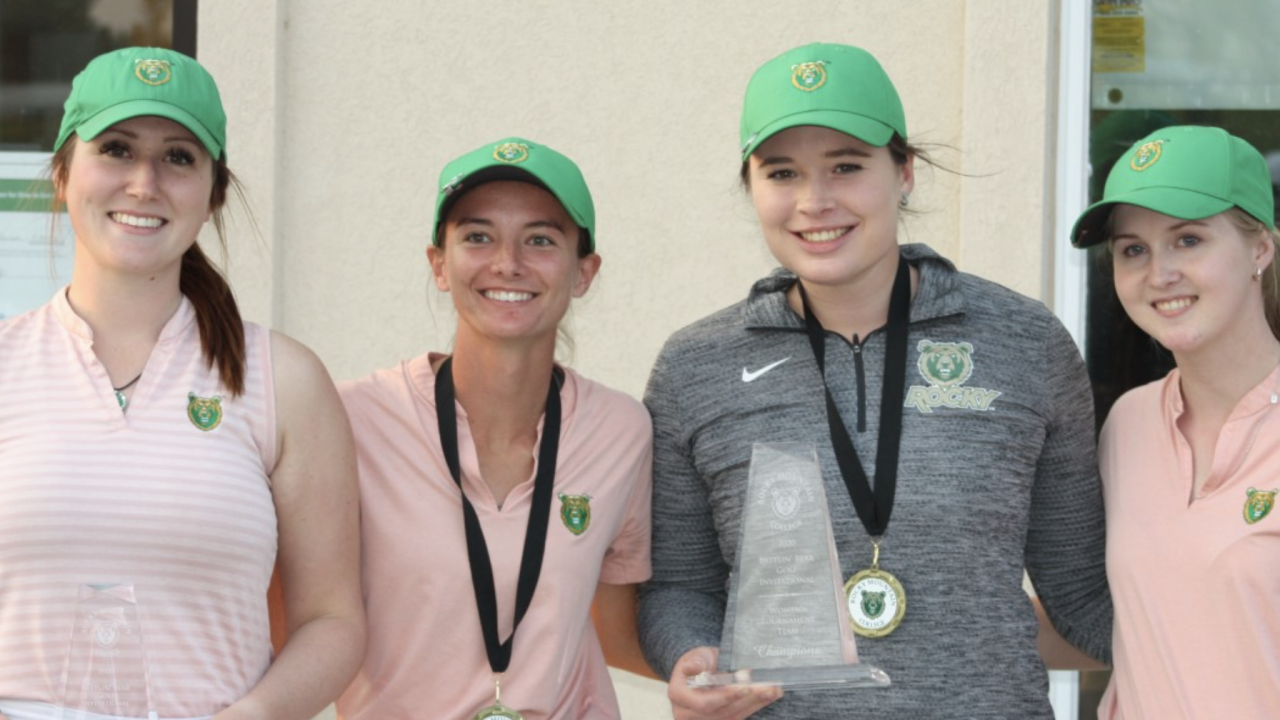 The women’s team completed a clean sweep of the fall tournaments as they found themselves on top once again among three teams participating.

Amanda Conner became the third member of her team to win an individual title as her three-over-par 74 was good for the win. Tying for second place was sophomore Claire Wright who finished in the top two of every tournament this fall. Sophomore Kaelyn Volk finished in fifth while Morgan Sword tied for tenth. The Battlin’ Bears secured the Frontier Conference regular season championship by dominating the four tournaments played this fall.

The men’s team had two teams competing in the tournament, and both played solid rounds.

Paced by Nolan Burzminski’s two-under-par 69, Rocky’s second team won it. This was Burzminski’s best round of the season.

One stroke behind was Rocky’s Leon Doedtmann who also turned in his best round of the season with a one-under-par 70. Rocky’s ‘A’ team finished third, led by sophomore Daniel Sigurjonsson’s even-par score 71. The Iceland native, one of the most consistent individual players in the league, earned the lowest average score of any Frontier player, competing in each tournament.

The Battlin’ Bears golf teams will return to play with a non-conference schedule this spring followed by the Frontier Conference Golf Championships to be played at Banbury Golf Club, Eagle, Idaho, April 19-21, 2021.