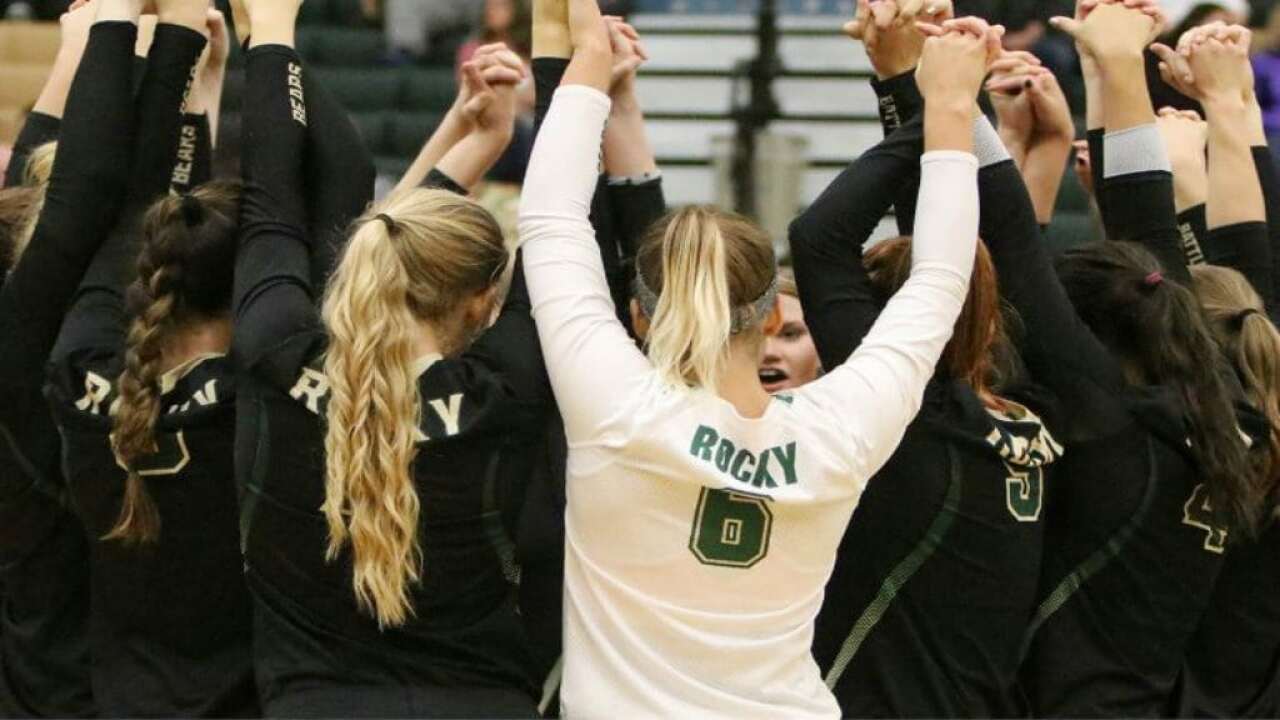 It was a tough initial set. The Battlin' Bears couldn't find momentum early and lost by 12. Those struggles quickly disappeared as the Battlin' Bears caught fire and took the next two sets in 25 18 and 27-25. The Vikings rallied in the fourth set to force a final decisive fifth frame. It was there that Rocky completed the sweep with a 15-12 set win.

Three Battlin' Bears scored in the double digits. Russell had 15 kills and seven digs. Morgan Allen recorded a career best 11 kills and four blocks. Monique Rodriguez knocked down 10 kills of her own.

Natalie Hilderman's 39 assists counts as the most in match for the junior so far this season.

The Battlin' Bears will finish the tournament tomorrow with a pair of matches against nationally ranked teams. They will play the No. 25 ranked Ottawa Braves at 1 p.m. CT before taking on the No. 7 ranked Dordt Defenders at 5 p.m.