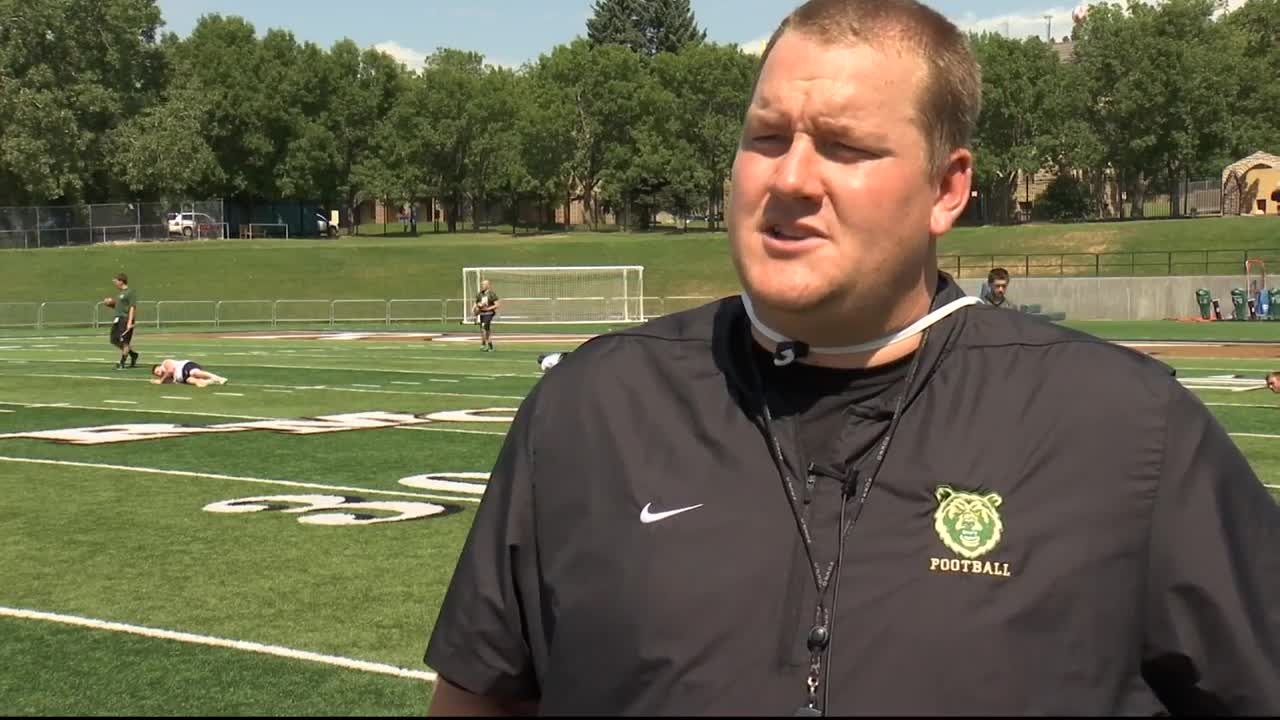 BILLINGS -- The goal is always to make progress and it's no different at Rocky Mountain College.

The Battlin' Bears played terrific football for three quarters in last week's season-opening 23-21 win at Dickinson State. But the Blue Hawks were able to wear down RMC's defensive line in the fourth quarter, rallying from a 17-0 deficit for a 21-20 lead. Ultimately freshman kicker Wyatt Brusven booted a 24-yard field goal with 38 seconds left to launch Rocky into the win column.

As the Bears work to solidify that D-line entering Week 2, head coach Chris Stutzriem is enthused with the work of his position coaches.

"They're doing a tremendous job of teaching the basics, really what we want to do, and adding to it as we go," Stutzriem said. "(The players are) running after the football. There's a lot of older guys that are vocal on that side of the ball, which we love."

Rocky's plan is to strengthen enough guys in the trench capable of rotating in and out without missing a beat. Or a breather.

"We definitely want to have eight guys, at least," said defensive tackle Denton Wetherell. "Two deep across the board to help us be as fresh as possible, because those offensive linemen are constantly going and they don't get the breaks. So, if we can get in there, play six and get fresh new legs, and have eight guys be able to do that, four guys that come in and play throughout the whole season, that would be a big benefit for us."

The Bears (1-0) will test that D-line again Saturday at home in a 1 p.m. kickoff against MSU-Northern. The Lights (1-0) beat Arizona Christian 20-14 in their opener last weekend.