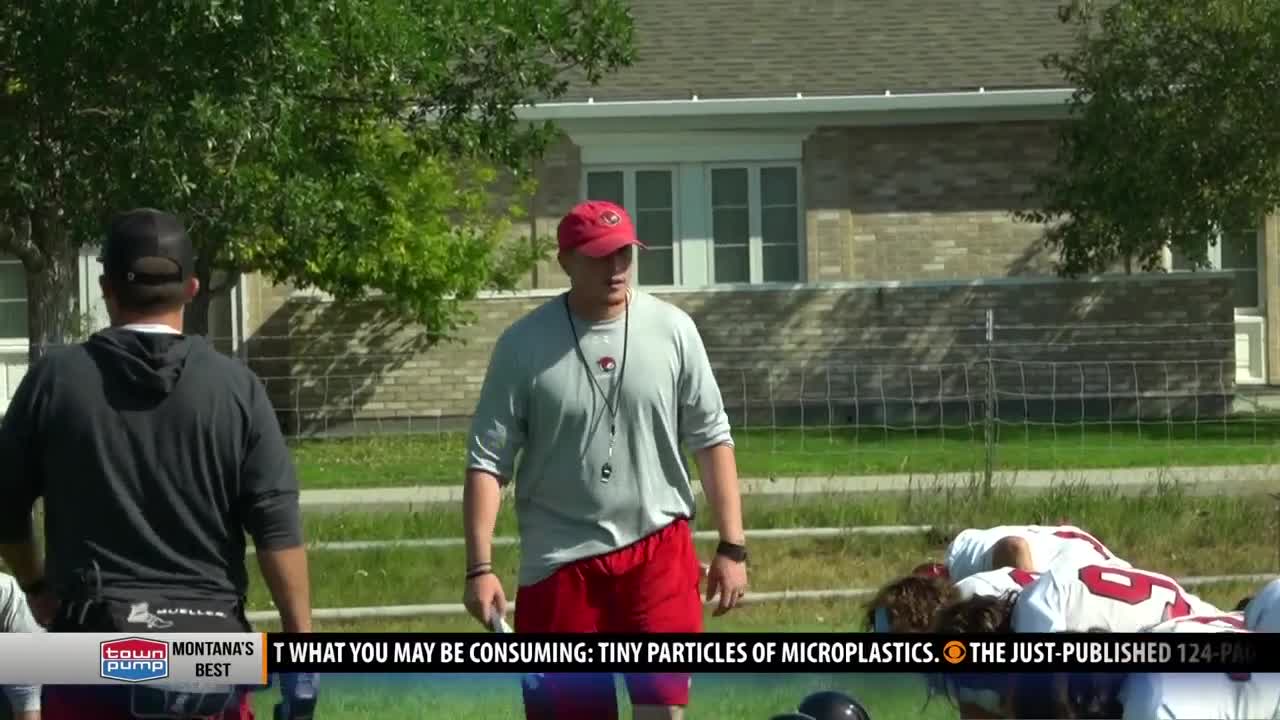 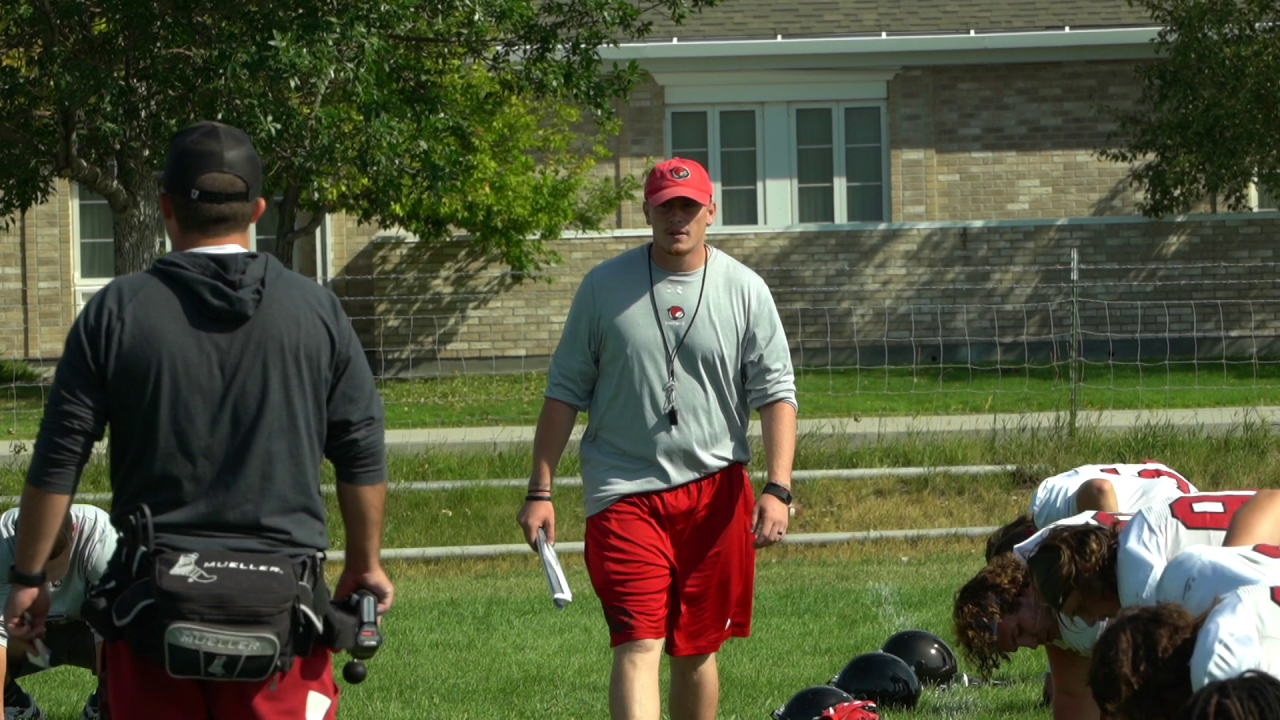 DILLON – Riley Martello is growing accustomed to donning the colors black and red. He did so during his high school days at Bozeman High, and for the past six years sported the colors while representing the Montana Western football program.

After six years, which included redshirt and medical redshirt seasons, 117 tackles, 9.5 tackles-for-loss, four sacks and four interceptions, Martello made the transition from player to coach, where he’s currently listed as an assistant defensive line coach for the Bulldogs.

“This has always been my goal, my passion. Ever since (I was) a kid I wanted to be a college football coach or even a high school coach,” said Martello, who majored in health and human performance. “Being around the game, it’s what I love to do. I don’t really take it as a job because I’m out here having fun, just like the guys, and I get to be around football.”

It’s that yearning for the game that Western head coach Ryan Nourse appreciates most in his young understudy.

“He was always a coach on the field. He prepared like a coach would prepare, so it was really a natural progression for him,” said Nourse. “He’s really taken to the lifestyle and he’s taken to the hours and the work and dedication. The first 10 years in this profession are a double grind because each day you’re learning something new. He’s here early, he stays late and he’s going to be an outstanding coach.”

“Coach Nourse, he told me there’s always something to be learned and to take it one step at a time,” said Martello, “don’t try to take in too much knowledge, but start slow. I’ve really been trying to study as much as I can so I know what I’m doing.”

“Coach also said, ‘Don’t coach what you don’t know,’ which is a good point,” he added. “I try to use that. I don’t want to tell the guys something I don’t know, and if I don’t know it, I’m going to do whatever I can to figure it out.”

One of the biggest differences Martello has noticed in his player-turned-coach transition is unrelated to the game itself, but rather the approach to the game.

Martello’s goals for the program remain the same as when he was playing: winning a Frontier Conference championship. He’s put extra emphasis on the weight room, learning the ins and outs from strength and conditioning coach Rob Goode. He also considers himself the perfect recruiter for the program, able to “pitch it pretty good, being here for so long.”

As the Bulldogs inch closer to the 2019 season opener, Martello admits he’s come to the realization there is one craving coaching can’t fix.