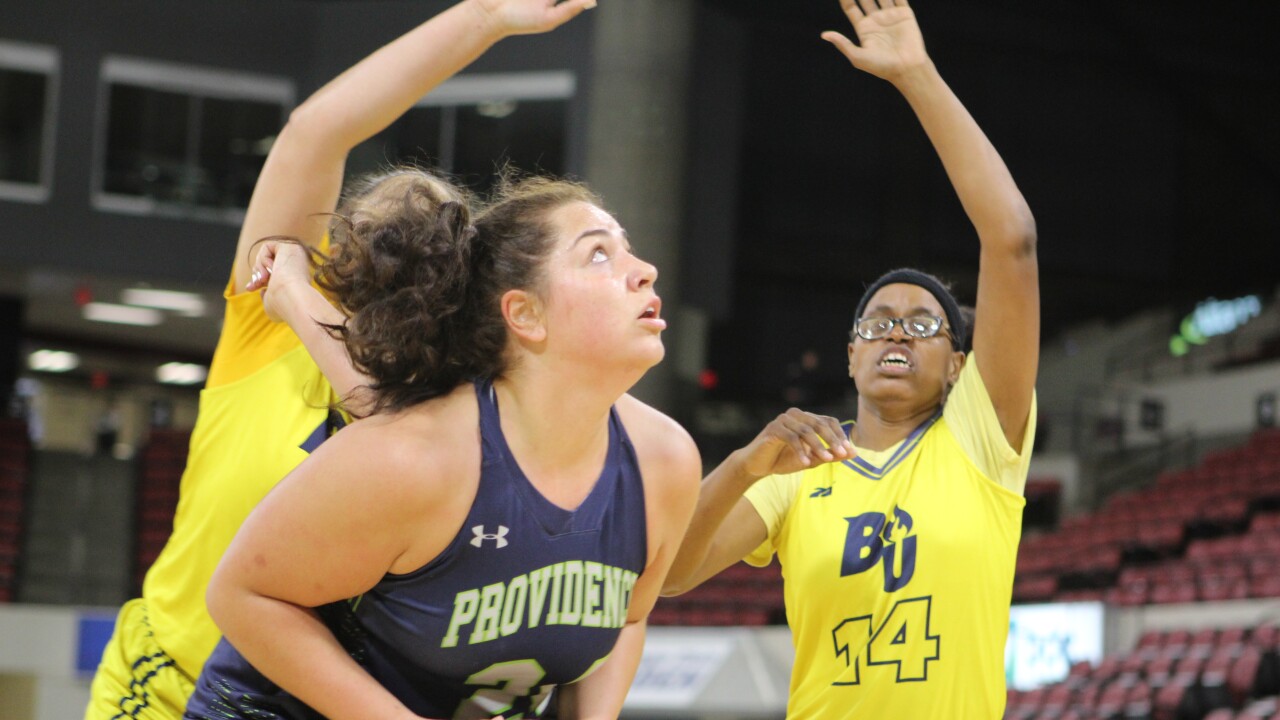 Providence jumped out to a 21-13 lead after the opening quarter, then poured in 29 points in the second to jump to a 50-20 advantage.

The Argos outscored Bethesda in all four quarters and never trailed in the game. Providence led by as many as 43 points in the fourth quarter.

Randich hit seven field goals, including four 3-pointers, while Esary was an impressive 8-of-9 shooting in the game. Bailey Cartwright added a game-high 10 rebounds to go with her six points as the Argos (9-5 overall, 0-2 Frontier Conference) finished the weekend 2-0 at the Hampton Inn Classic at First Interstate Bank Arena at MetraPark.

"A lot of team effort (Saturday), a lot of playing time for a lot of different people," said UP head coach Bill Himmelberg. "(It was) nice to score 90 points on 25 assists, and we only had 12 turnovers, which I'm pleased about."

"(We went) 2-0 on the weekend and now it's time to turn full attention to the Frontier Conference," Himmelberg continued.

Providence returns to Frontier Conference play on Jan. 9 by welcoming MSU-Northern to the McLaughlin Center. The Argos travel to Helena to face Carroll College on Jan. 11.