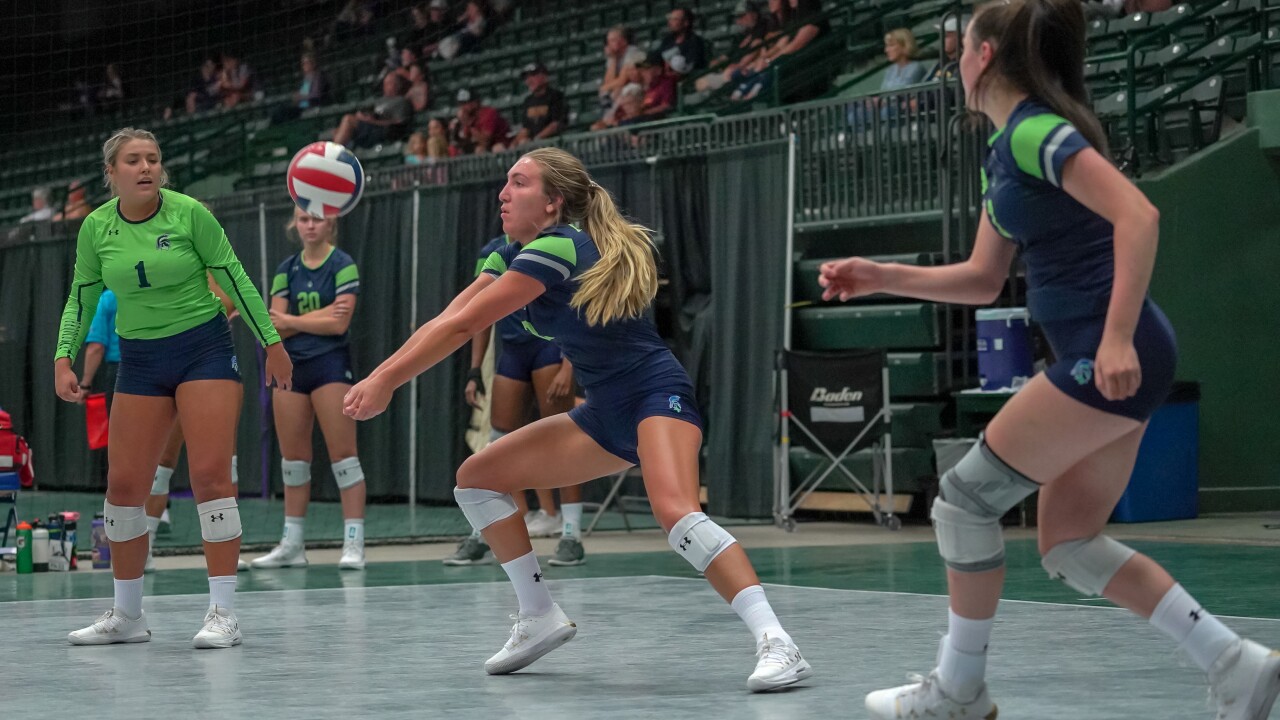 Richie Melby/MTN Sports
Kelsey Shaver records a dig for the University of Providence.

Shaver was a second-team all-American last season, but the senior from Scotts Valley, Calif., closed out her career in style. She finished with 443 kills -- 4.5 per set -- with a hitting percentage of .239 to lead the Frontier Conference. Shaver, the Frontier Conference player of the year, also led the Argos with 36 aces and added 58 blocks and 377 digs.

Hopcroft, a senior from Florence, is a four-time all-Frontier Conference selection and was named the league's libero of the year after averaging six digs per set. She finished with 734 digs on the season, which ranked ninth in the NAIA. Hopcroft ended her career with a Tech-record 2,568 digs.

Jessop, a true freshman from Corvallis, led the Orediggers with a .207 hitting percentage and finished with 404 total kills.

Mikkelsen, a sophomore from Nine Mile Falls, Wash., led the Saints with 296 kills, averaging 2.74 kills per set with a hitting percentage of .215.

Edwards finished the season with 319 kills and a .290 hitting percentage for the Warriors. The complete NAIA all-America lists can be found here.