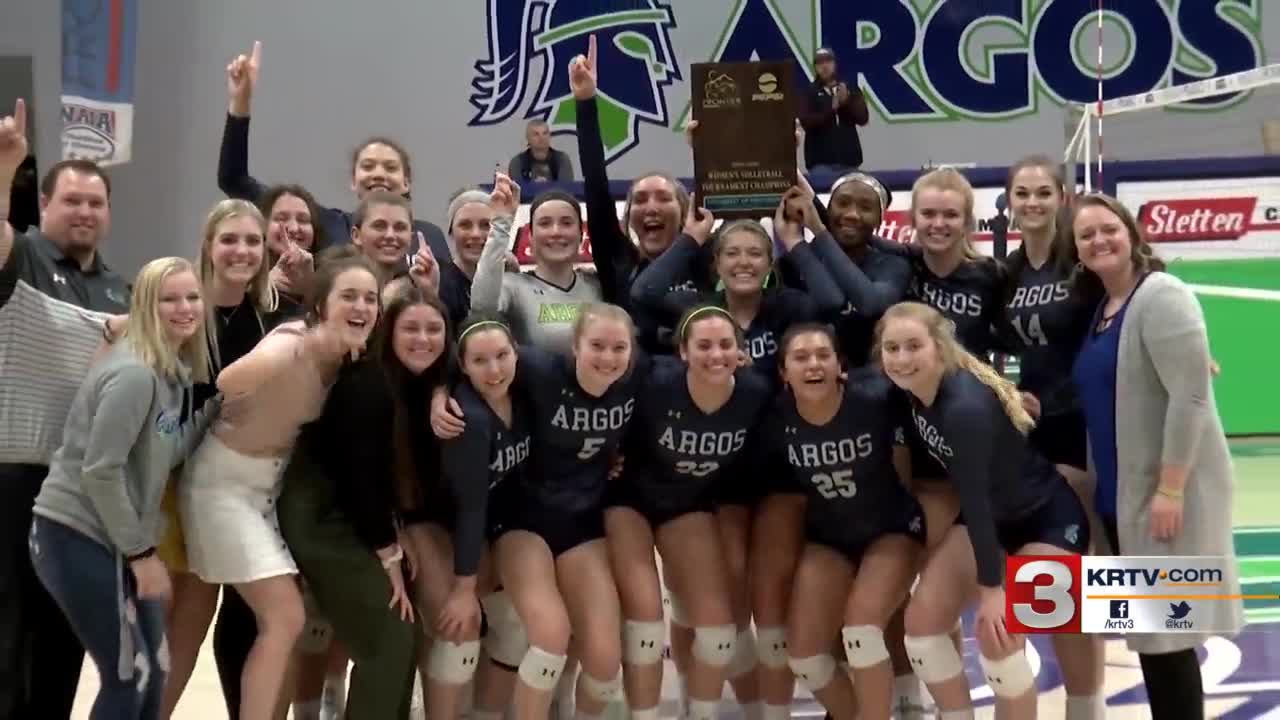 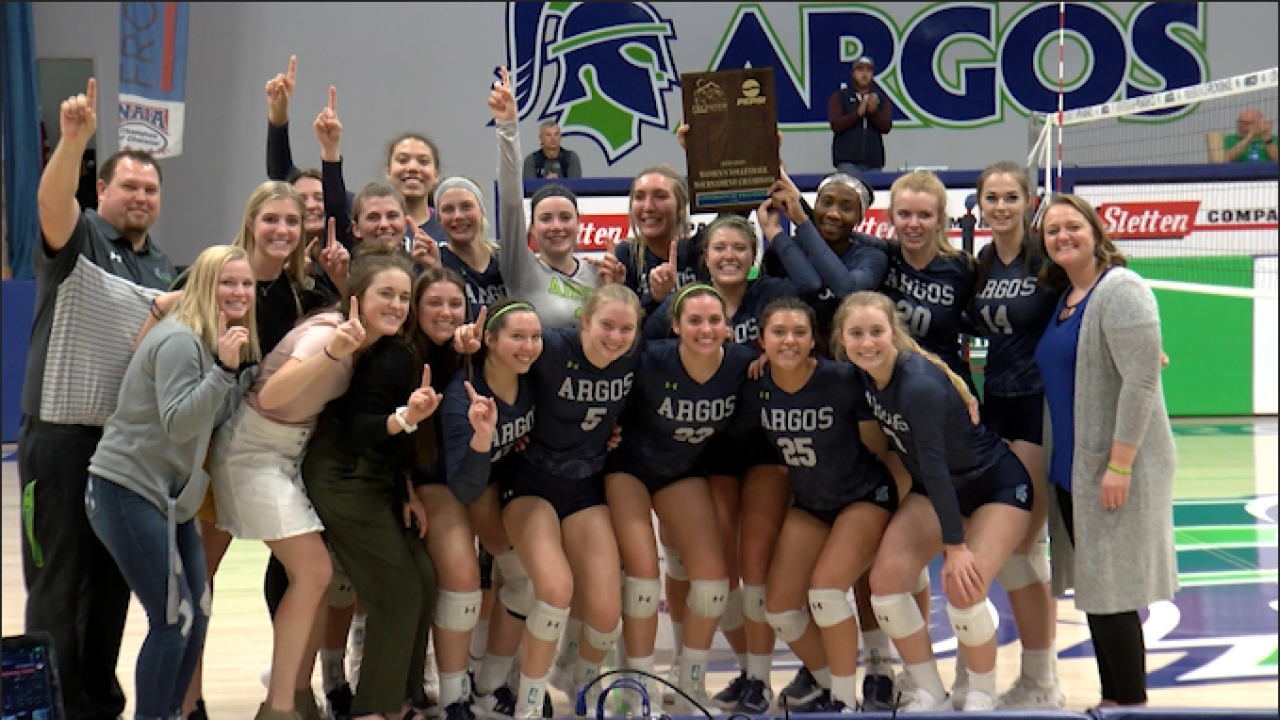 GREAT FALLS — In a match that seemed primed to go the distance, the end was sooner than expected. It took just three sets for the University of Providence volleyball team to beat the No. 1-seed Montana Tech Orediggers in the Frontier Conference championship at the McLaughlin Center on Saturday.

"It feels so amazing to be going back to nationals. We’ve been fighting all season to get the top seed," senior Kelsey Shaver said. "We got to the conference tournament as the second seed, and it just feels awesome to have that automatic bid to the final site. I feel like we earned it and this team deserves it so much. It feels amazing."

The first set was an intense, back-and-forth affair that saw numerous ties and lead changes, causing the crowd to burst with excitement on every point. Finally, the Argos prevailed at 33-31. After Providence won the second set 25-22, the Orediggers had no answers. Providence cruised in the third set, as Shaver knocked home the winning kill before being mobbed by her teammates.

The Argos will learn their next opponent after the NAIA Selection Show on Monday at 9 a.m.