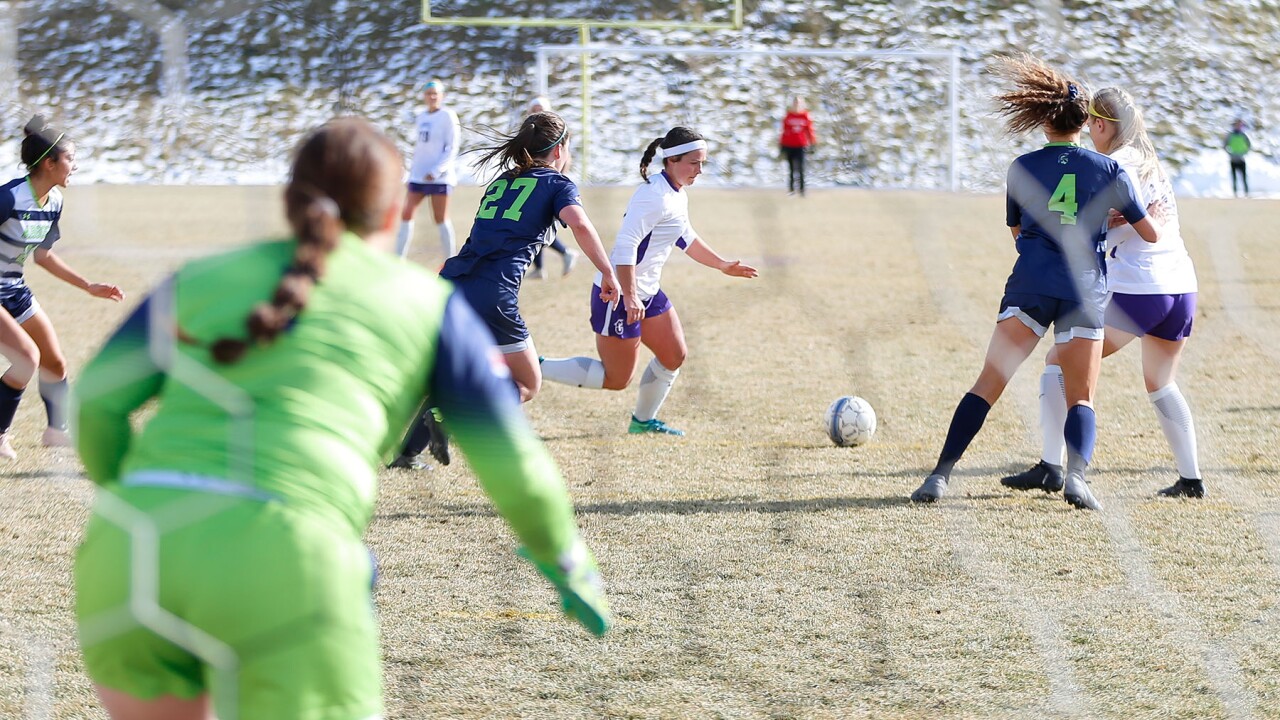 Carroll College's men's soccer season could be coming to an end as they fell 2-1 to University of Providence in the final game of the regular season.

Tensions were high the whole game as both teams were fighting for a guaranteed spot in the conference tournament. Things looked even to start with both teams moving the ball around the field and having great looks at goal.

In the 19th minute, Seamus Quinn had a free-kick at around 45 yards out. The ball caught just the right breeze, sailing over Saints goalie Kaden Conner, and finding the back of the net.

“It was unfortunate that their first goal was a long-range bomb that somehow finds the back of the net,” said Head Coach Doug Mello.

The rest of the half would be scoreless with Carroll having nine shots in the first half and the Argos having 11. Into the second half, Fernando Gutierrez found the net off an assist from Leonardo Almeida putting the Argos up 2-0. Just a few minutes later in the 74th minute Santiago Morazzani was able to give the Saints life by scoring off an assist from Ben Dagg.

With Carroll down 2-1 with 15 minutes left they gave it everything they had with a total of 17 shots in the game.

“I compliment our guys for fighting hard and playing through some difficulties in the match. Now we have to hope that everything goes south for about four teams in the matches today and tomorrow for us to probably qualify,” Mello said.

It was a bittersweet ending for Carroll senior Konar Skindlov. Skindlov started, and played all 90 minutes. Mello had nothing but praise saying, “Konar our senior just played an inspired game, what a good way for him to go out, because he really put forth a great effort. He did a great job defending balls, finding our targets. So if this is our last game he can leave with his head held high”.

The Saints now will have to wait out the weekend to see where the chips fall in hopes that they get into the conference tournament.

The Carroll College women's soccer team defeated Providence 4-3 in overtime in their regular-season finale at Nelson Stadium on Saturday.

The Saints (9-6-2, 6-5-1 Cascade Collegiate Conference) were able to secure the victory after honoring 10 senior players, and the seniors did not let their last opportunity at a home victory slip away.

Senior Taryn Neameyer recorded the first goal of the game in the 34th minute of action. Providence did not take long to respond as Brittany Burman found the net in the 40th minute. Senior Rachel Quade scored on a header in the 44th minute off a corner kick assist from McKenna Payne to give the Saints a 2-1 lead at halftime.

Providence (5-11, 4-8 in CCC) opened the second half with two goals, jumping out to a 3-2 lead. Eme McLaughlin scored in the 52nd minute and Isabelle Martineau scored in the 63rd minute.

The Fighting Saints tied the game in the 75th minute on a goal by senior Kirsten Girolami. Neither team was able to score in the remainder of regulation and the game went into overtime.

Kirsten Girolami got the ball at the top of the box off of a pass from Taryn Neameyer, spun off of a defender and ripped a shot that found the back of the net in the 106th minute of play to give the Saints the overtime victory.

Carroll will next play in the Cascade Collegiate Conference Tournament. The Saints will head to Springfield, Oregon, for the tournament that is scheduled for November 12-15.