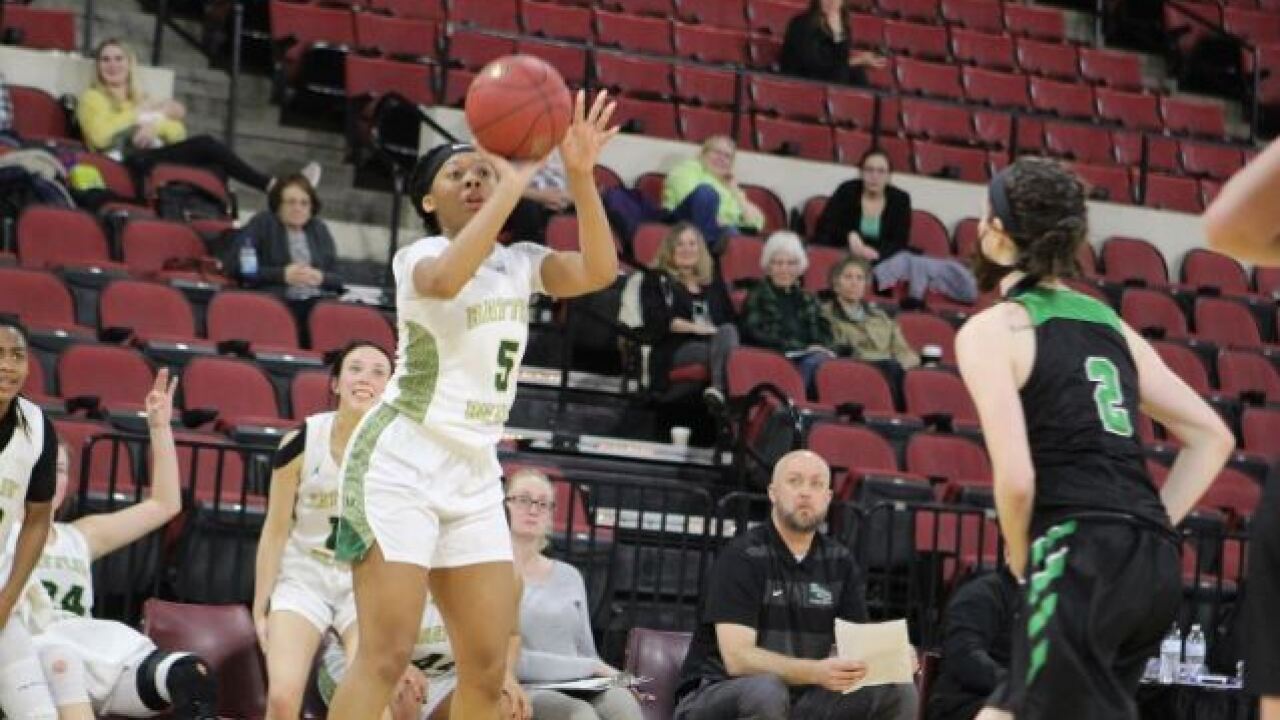 BILLINGS – Shooting 6-10 from beyond the arc, Destinee Pointer led Rocky Mountain College's basketball women with 24 points in a 78-31 win over Yellowstone Christian College on Monday night.

The No. 20 ranked Battlin' Bears tied their season-high with 11 three pointers as the team collectively shot 40.7 percent from deep.. Rocky finished the night at 44.4 percent from the field in comparison to just 24 percent from Yellowstone Christian.

Starting the game with an 11-2 run, Rocky rocketed to a 47-16 lead by the half and kept ahead of the Centurions from tip to buzzer. Rocky held a 48-27 edge on the glass while their stiff defense limited Yellowstone Christian to just two points in the paint. The Battlin' Bears scored 31 points off 21 turnovers from the Centurions.

"It was an all around good team effort tonight," said Rocky's women's basketball head coach, Wes Keller. "All of our players who suited up tonight found ways to contribute and scored at least four points. Good to see the team play together like that."

With the win, the Battlin' Bears finish a three game season sweep over the Centurions.

Yellowstone Christian was led by Aleita Amparan who landed 4-of-8 from deep for a team-high 16 points and a team-high seven rebounds.

Wrapping up non-conference play, the Battlin' Bears will next play Frontier Conference opponent Montana Tech on Thursday at 5:30 p.m. in First Interstate Arena at MetraPark.