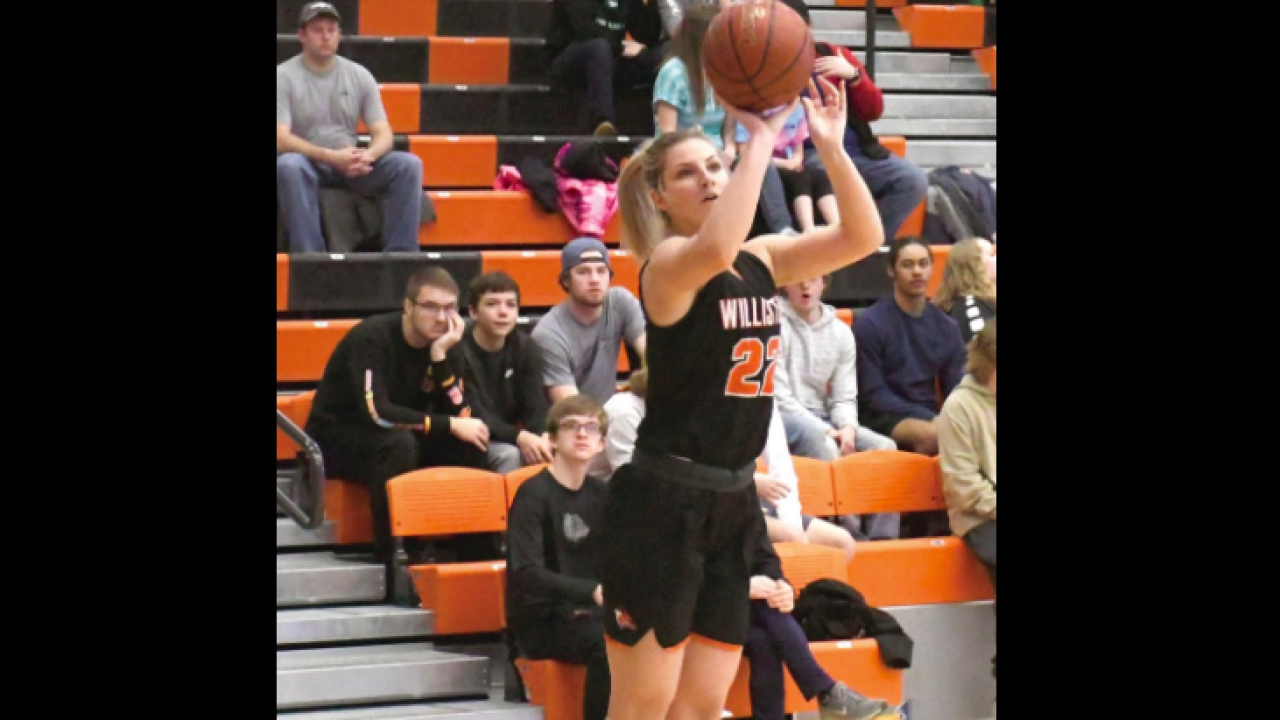 Douglas is a 5-foot-9 guard from Williston High School, Williston, North Dakota. As a senior for the Coyotes, she averaged 10.2 points, 5.7 rebounds, and 3.4 assists per game. Douglas was an equally strong performer in the classroom having earned Academic all-conference recognition as well as Valedictorian of her graduating class.

“Brooklyn made a strong impression on us during her visit this past winter,” Keller said. “She has good size and strength as a guard and can play multiple positions within our offense. Brooklyn is an exceptional student, as evidenced by her graduating at the top of her class. We look forward to watching her development as a person and player during her time at Rocky.”

Douglas is the daughter of Fred and Lynn Douglas. She carries at 4.43 GPA and plans to earn a biology degree.

“I chose Rocky because I felt very welcomed and I saw how hard working and dedicated the players and coaches are to the program, and I wanted to be part of that. Rocky also has a great academic tradition and that is important to me.”