No. 23 Carroll men's basketball breezes by Concordia University of Edmonton 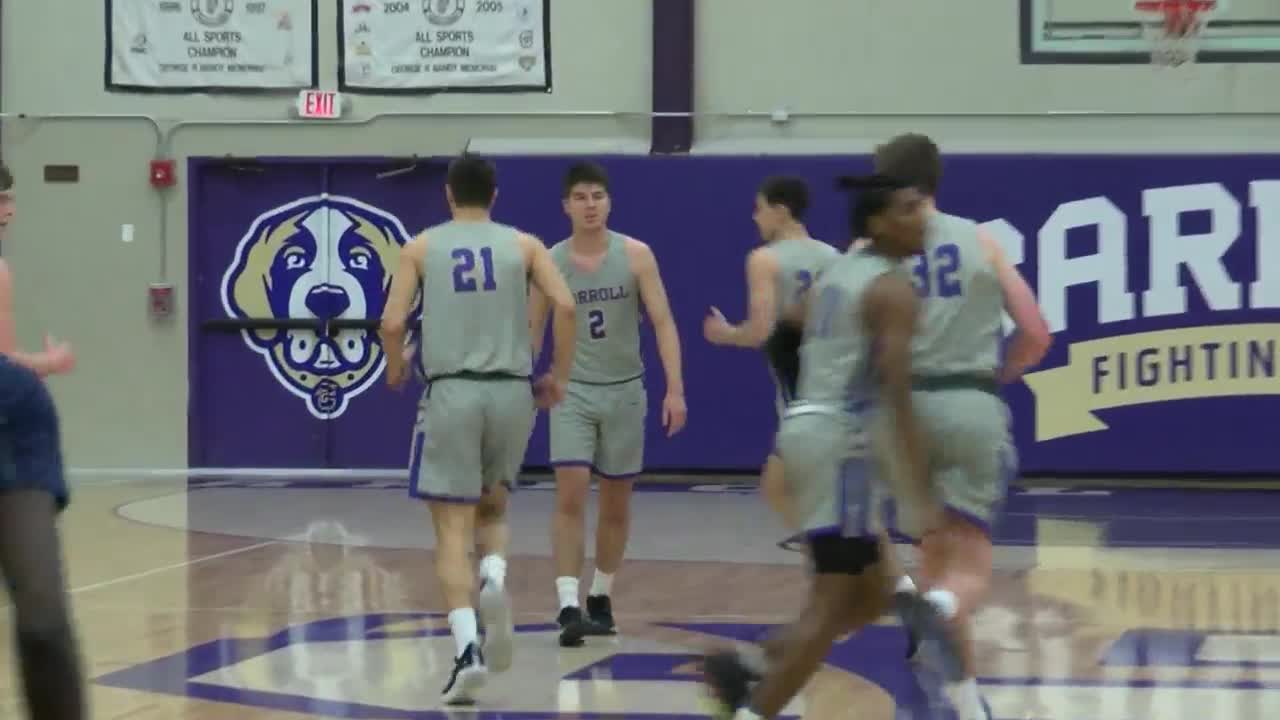 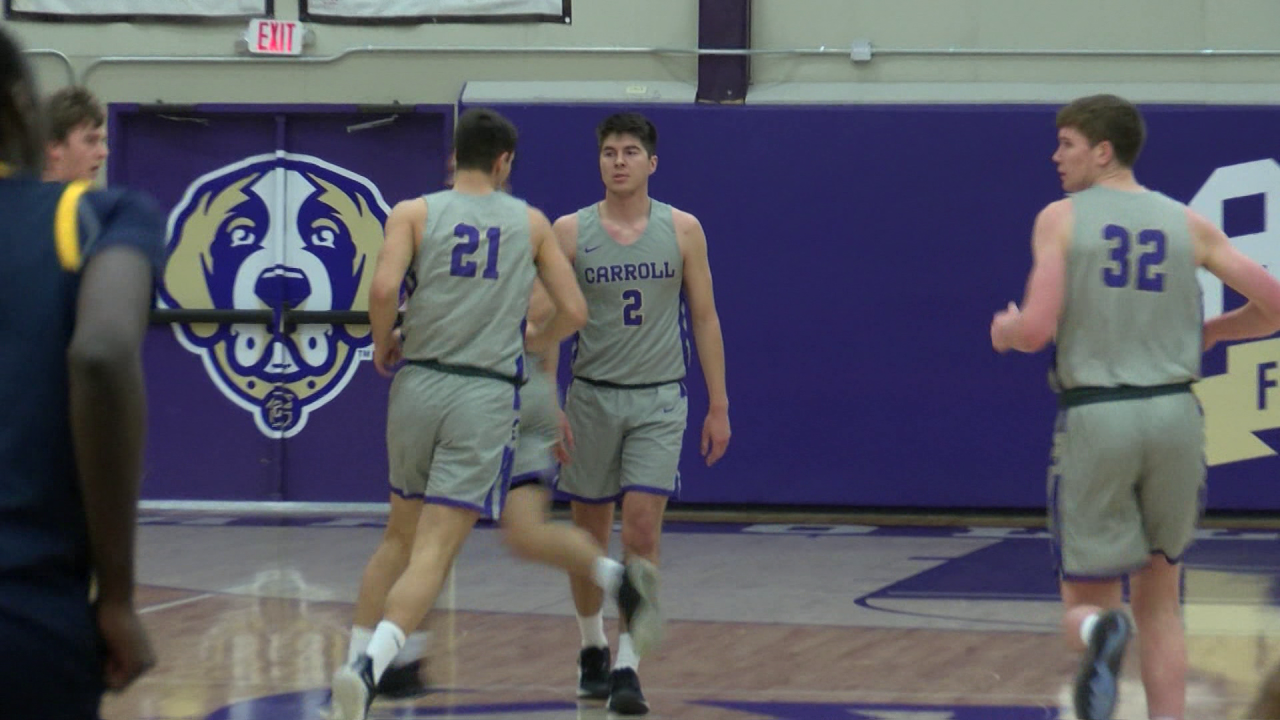 HELENA -- The No. 23-ranked Carroll College Fighting Saints closed out their non-conference schedule with seven players reaching double figures, as they cruised by Concordia University of Edmonton 111-33 on Thursday in the PE Center.

"It was really neat to see our guys share the ball with 33 assists," coach Kurt Paulson said. "When we play fast and move it and play hard on defense, I think we can be good, even though we're a young group. We still have a lot to improve on, but it's fun to watch the guys when they're playing in that element, sharing the ball, playing hard and being unselfish."

Carroll seized control from the jump, building a 25-2 lead with 11 minutes left in the half. The Saints led 60-17 at halftime and kept their defense up in the second half.

It was a game of sharpshooting and high-flying athleticism, as the Saints found lanes to the rim and treated the crowd of 588 to numerous dunks. The Saints shot 65 percent from the field and 60 percent from deep.

Senior Dane Warp and sophomore Jovan Sljivancanin led the Saints in scoring with 18 points, as both finished with double-doubles, too. Warp added 11 assists, while Sljivancanin pulled down 11 rebounds.

Nearly every Fighting Saint that played on Thursday cracked double figures, a byproduct of the team's focus on selfless play.

"It's great to get a lot of guys in," Paulson said. "Last non-league game of the year, a three-game home stretch -- I'm glad our guys took care of business. We spent a lot of the preseason on the road until now, so now it's for real. Conference games from here on out. Everybody is going to be tough, giving us their best shot every night."

Next up, the Saints travel to Havre to face the Montana State-Northern Lights on Jan. 7. After that, it's a top-25 showdown with Providence back in the P.E. Center on Jan. 11.

Carroll is now 6-0 in the P.E. Center this season.