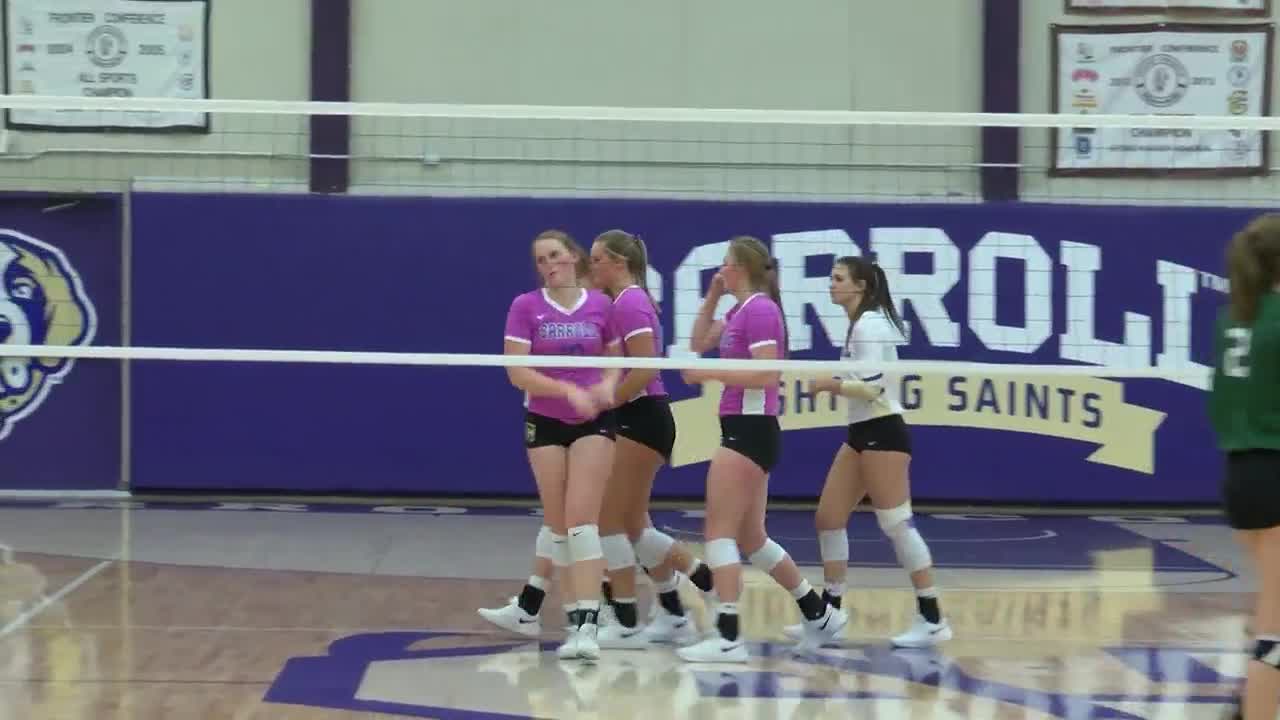 HELENA -- The Carroll College Fighting Saints came out swinging against the No. 18-ranked Montana Tech Orediggers on Wednesday, but Carroll was unable to finish what it started, falling 3-1 in the PE Center.

"We had it in our grasp and let it slip away," Saints coach Moe Boyle said. "I would like to think it's a learning experience for us to find a way to finish in the next week or so. We're right there with top teams in the country and we have a chance. We just have to learn how to finish."

The Saints jumped on the Orediggers in the first set, claiming a 25-23 win. The Saints spurred momentum late in the set, reeling off six consecutive points to grab a 23-21 lead. Carroll swapped points with the Orediggers to close out the set and treat the home fans to a strong start.

In the second set, Carroll showed echoes of itself from two weeks prior when the Saints swept No. 16 Rocky Mountain College. The Saints had the feel of a team that could sweep another Top 25 team, building a 24-21 lead.

Four consecutive kills by the Orediggers changed that. Carroll knotted the game at 25, but two more kills by Tech tied the match at one-all.

Shades of Set Two carried over to Set Three. The Saints led late in the game, holding a 23-21 lead before another four consecutive points by the Orediggers sealed the Saints' fate.

Carroll battled in the final set, but the damage from the prior sets left the Saints unable to muster another run.

Lexi Mikkelsen led all hitters with 16 kills. Ali Williams had a big night for the Saints, posting a game-high nine blocks and a team-high 25 assists. Ayla Carpenter made a variety of incredible digs, posting a team-high 35.

Carroll hosts No. 24 Lewis-Clark State College on Friday, a game that will serve as Senior Night for the Saints. First serve is scheduled for 7 p.m.