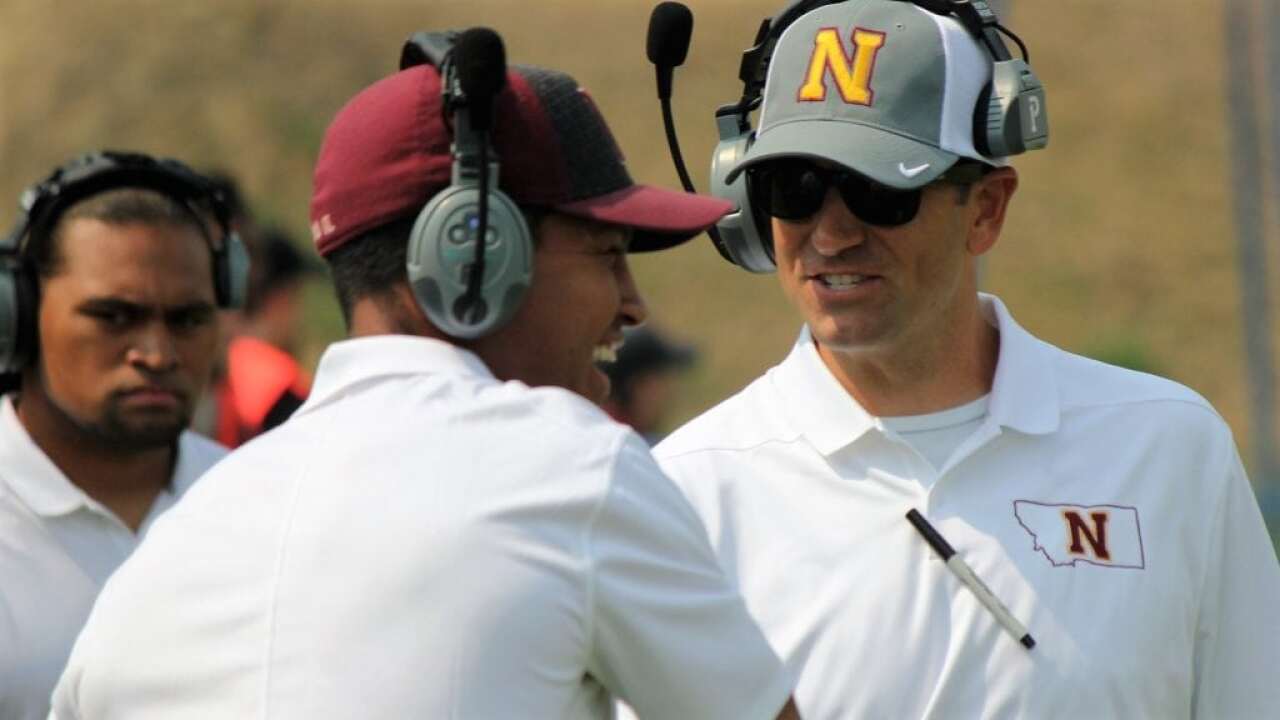 GREAT FALLS — The Frontier Conference announced earlier this week that it would officially postpone its football season to the spring of 2021, leaving just cross country and golf as the two remaining sports in the conference to compete this fall.

As of July, the Frontier's five Montana-based schools had planned to play a short football season this fall, but the conference’s Council of Presidents reversed course, citing safety of student-athletes, coaches and staff.

MSU-Northern head coach Andrew Rolin said that the announcement was disappointing but at least brings some peace of mind in the short term.

"I think with the way the year's gone, I think nothing's really a surprise anymore. It was tough news. You know, my first reaction was I feel for our kids, because of the anticipation they had for the fall season. But with that said, it doesn't change our course as a program," Rolin said.

Rolin expressed that there are still plenty of questions about how spring football season will look in Montana.

"Obviously, weather plays a factor here in Montana, too. So being able to fit it, what's February going to look like? And March?" he said. "So I think there's a lot of factors that are going to need to be discussed in the coming months in preparation for the spring."