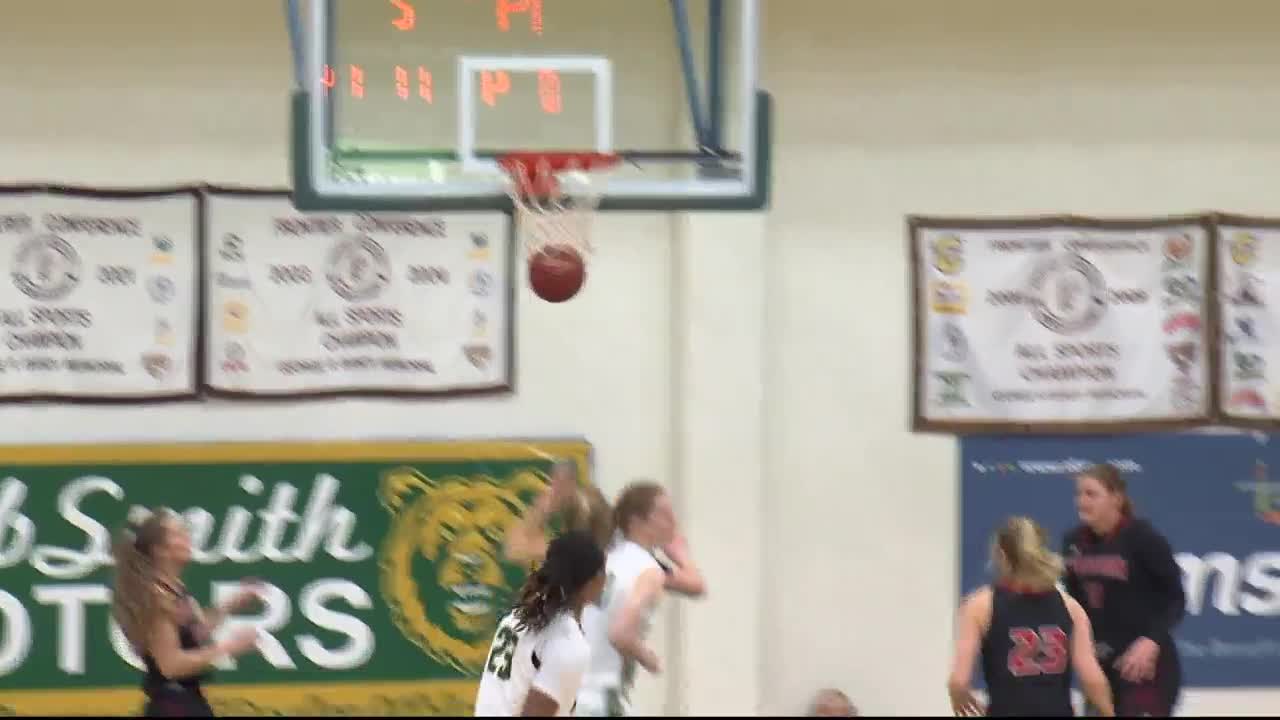 Defending NAIA national champion Montana Western outscored Rocky Mountain College 34-18 in the 2nd half on their way to a 62-41 win Thursday night in Billings.

BILLINGS – The Montana Western men's and women's basketball teams both used big second-half performances en route to Frontier Conference wins over Rocky Mountain College Thursday night inside the Fortin Center. The Western women outscored Rocky 34-19 in the second half on their way to a 62-41 win, while the Western men overcome a 12-point second-half deficit to defeat the Battlin' Bears 81-74.

No. 24-ranked Rocky Mountain College was unable to overcome a slow second half in a 62-41 loss to No. 19-ranked Montana Western in Frontier Conference women's basketball action on Thursday night.

The Battlin' Bears entered halftime down by only six at 28-22 but slowed considerably coming out of the half. Outscoring Rocky 17-5 in the third period, Montana Western held the Battlin' Bears to only a single field goal through the period. Holding a comfortable lead, the Bulldogs extended the margin to 21 points by the buzzer.

Rocky finished the night shooting 33.3 percent from the field while landing 5-of-22 from beyond the arc. The Bulldogs shot a 44.9 field goal percentage and were good for 30.4 percent from deep.

The Bulldogs held a 32-27 advantage on the glass and scored 20 points off of 16 Battlin' Bear turnovers. Montana Western's bench posted 23 points while Rocky's bench contributed only one.

The Battlin' Bears will next play MSU-Northern on the road in Havre on Feb. 21.

Despite shooting 54.5 percent from the floor, Rocky Mountain College was unable to hold back the Montana Western Bulldogs in an 81-74 Frontier Conference men's basketball loss on Thursday night.

Rocky led by as many as 12 points in the second half, but Montana Western found momentum, shooting 60 percent in the half, to claim the lead late. Rocky was unable to recover as the team missed all of its 3-point attempts after the break.

The Battlin' Bears will next play Yellowstone Christian College in the Fortin Education Center on Feb. 14.