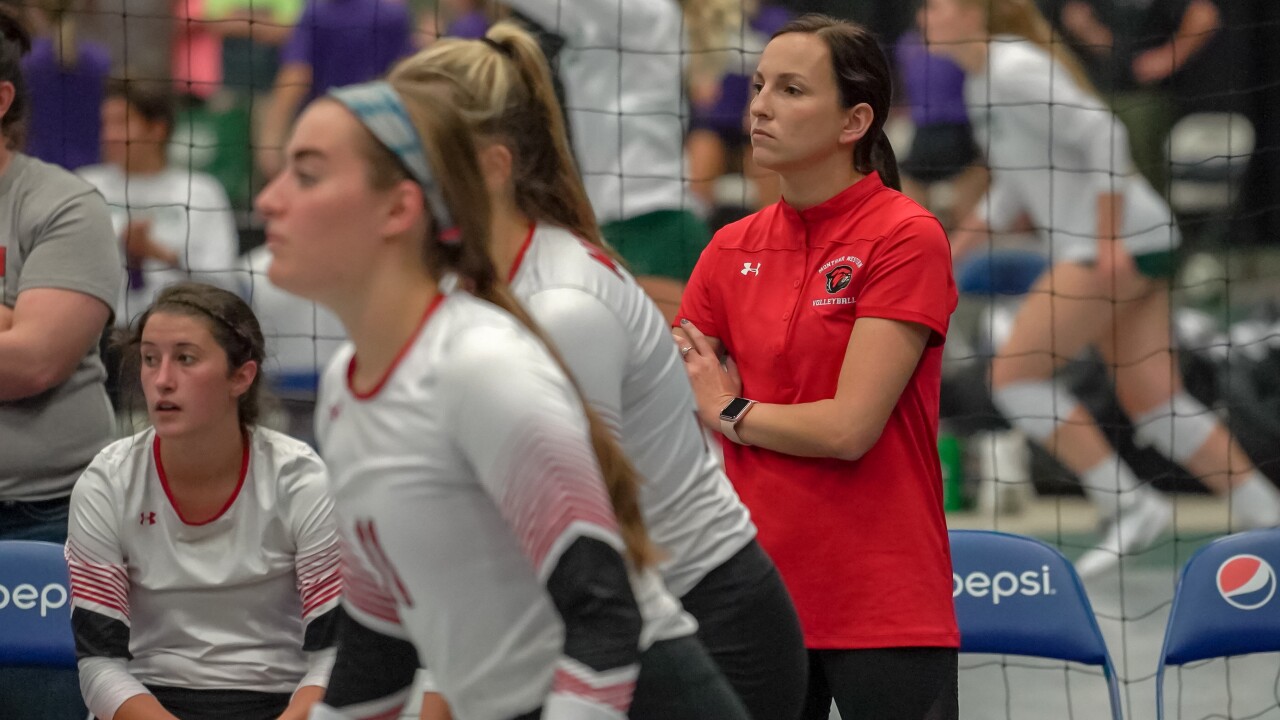 DILLON — Never in her young coaching career did Montana Western head volleyball coach Katie Lovett think adjusting preparation for an entire volleyball season due to a pandemic would be a possibility. But that’s not stopping her from seeing the big picture ahead.

“Of course it’s going to be a struggle because it’s something different, but at least we get to have a season and that’s something we’re very fortunate about," said Lovett.

Lovett credits the NAIA’s early action to devise a plan that gets student-athletes competing this fall.

“I think the NAIA did the right thing by coming out a little earlier," she said. "They wanted to make an example and say we’re going to do what’s best four our student-athletes.”

The entire Bulldog team has had to adapt and react on the fly to a new reality this offseason. But Lovett said the response from her team has been exactly what you would want to see.

“They’re a lot more adaptable than sometimes what we give them credit for. They’re excited to have this independence and show I’m still going to do my work and I’m doing whatever I can so that when we are allowed to come back on the court, there’s no difference there,” Lovett said.

Most of all, Lovett is just looking forward to seeing her team in person so that they can finally transition into this new normal together.

“I’m just excited to get them back in the gym so I can just see them and just have things feel a little bit normal again," she said. "Our new normal ... that’s everyone's favorite words now.”