Six Hawaiians on this year's roster 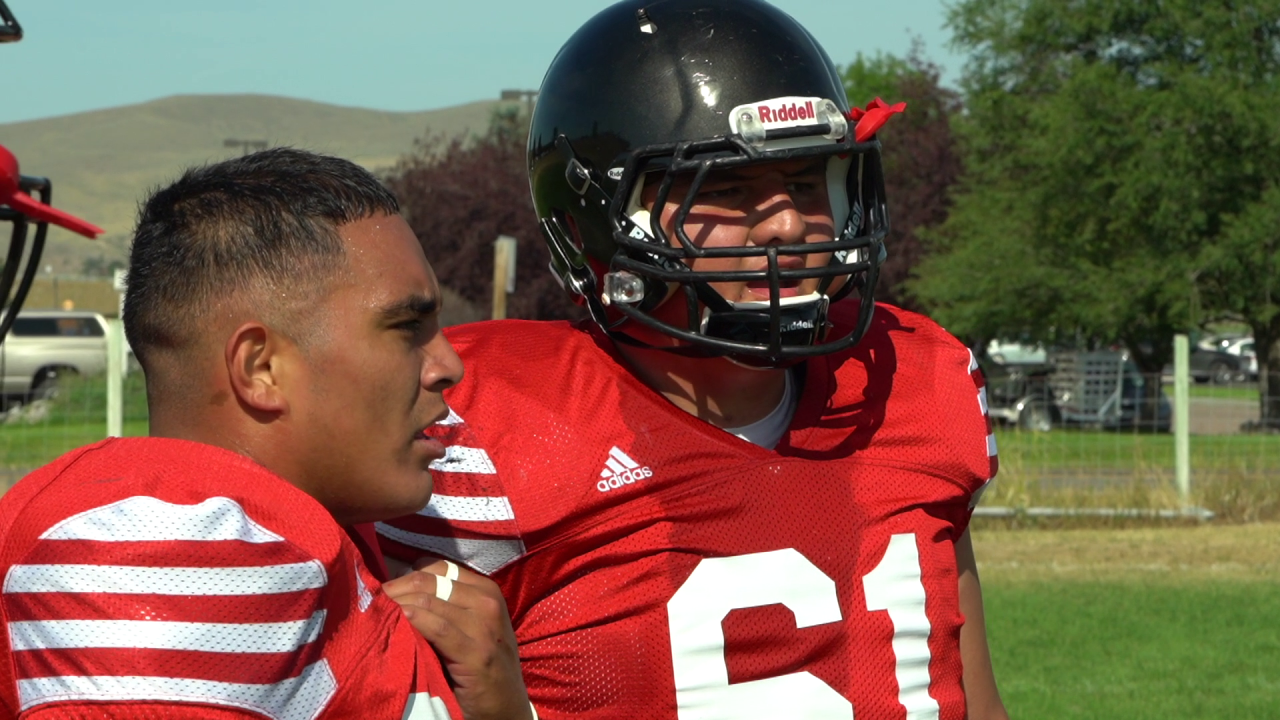 DILLON -- Snow was flying over the weekend, giving Montana football teams another element to prepare for.

Flurries are nothing new for athletes from the Treasure State, but what about college players from outside Big Sky Country, particularly a pipeline Montana Western has created in Hawaii, of all places.

That Hawaiian pipeline goes back to former Montana Western coach Tommy Lee's days in Dillon. Lee, who was born in Hawaii, started recruiting on the islands, bringing players to southwestern Montana.

"Coach Tommy Lee had a huge connection (in Hawaii) and we had a large Hawaiian and Polynesian grouping on the team. When I took over in 2011, I didn’t know anybody in Hawaii and the numbers started to drop," said Bulldogs' head coach Ryan Nourse. "They’ve started sending us guys and it’s been a wonderful collaboration with some of our former players, which is really rewarding. … It’s really awesome to bring those guys in here. They're great people, good students and they just bring a whole different culture to what we do here in little Dillon, Montana.”

Six players on the current Montana Western roster hail from Hawaii, including senior captain Jed Heffernan, who is from Hauula and originally came inland to compete at Snow College, a community college in Ephraim, Utah. Heffernan says he had no knowledge of Western's connection to the islands, but wasted little time joining the program.

“I didn’t realize it at first. I remember when I was at Snow College, (Western offensive line coach McCauley Todd) called me up and said, ‘It’s the University of Montana Western calling, we would like to talk to you a little bit more about what we have to offer you.’ I was like, ‘University of Montana Western?’ I thought Montana was on the other side of the country, you know what I mean?" Heffernan laughed.

Despite that initial excitement, Heffernan admits it was difficult moving away from other Hawaiian friends and teammates in Utah, but says Dillon, Western and Montana in general have been more than he could have hoped for.

"I made friends that I never thought I would make friends with, and a lot of the Dillon local boys took me in, so I really appreciate that," he said.

“Some show up in the winter time, too, but they take to it. They still wear their flip-flops and shorts year round," joked Nourse. "Only kids who are ready for an incredible adventure will come here and do this. It takes a lot of maturity from these kids, because they’re so far from home and usually they don’t have the financial resources to fly back and forth, so they live here and become a part of our football team, university and community. I think it’s a really rewarding experience on both ends of the spectrum. We’re going to keep doing it.”

Heffernan credits fellow islanders Tuli Punivai, Chayse and Chyson Morgan, Ethan Toguchi-Tani and Atarangi Moli for bringing a Hawaiian flavor to the Bulldogs. Those six plan on sharing their experiences with others in an attempt to continue the tradition of Hawaii-to-Dillon recruits, though there are a few, admittedly humorous, challenges along the way.

“Sometimes when I get talking I don’t realize that I’m talking pidgin or my accent comes out and I start talking a little Hawaiian, too, but that’s normally how it is," Heffernan laughed. "I just let them know, ‘We’re not too different from you guys.’ Country kids on the island might be a little different than country kids on the mainland, but I definitely try to teach them, they always ask me, ‘Teach me something? What’s it like down there?’ I’m always very willing to explain to them the culture significance, because that’s really important to us.

"At the end of the day, we all have something in common, and that’s football," Heffernan continued. "To have football, to talk about football, but also to bring a whole group of guys with different backgrounds, bringing them together into one, solid team, I think that’s amazing. All the local Dillon boys, I like you guys, bro.”