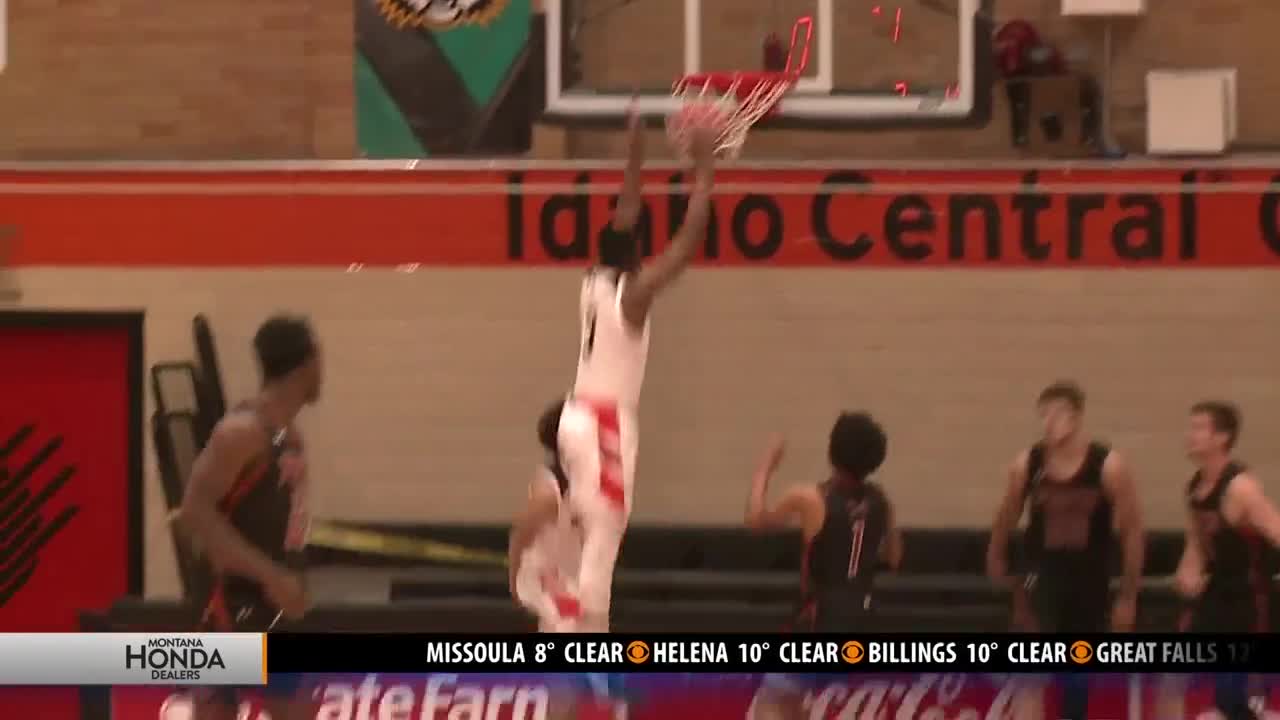 The Orediggers recovered from an Idaho State 8-0 run to start the contest and were tied with the Bengals of the Big Sky Conference at halftime, 27-27.

Montana Tech, which shot 36.5% from the floor and 46.3% from 3-point territory, trailed 58-52 with 1:11 remaining in the game. The Orediggers were led in scoring by Troy Owens Jr., who scored 14 points, while Taylor England kicked in 12 points. Nate Ward and Dylan Pannabecker each scored seven points while Christian Jones scored five, Cody Baumstarck added four, and Drew Huse scored three.

The Orediggers host Eastern Oregon University on Friday, Nov. 1 at 7 p.m. in the Montana Tech Tip Off Tournament.