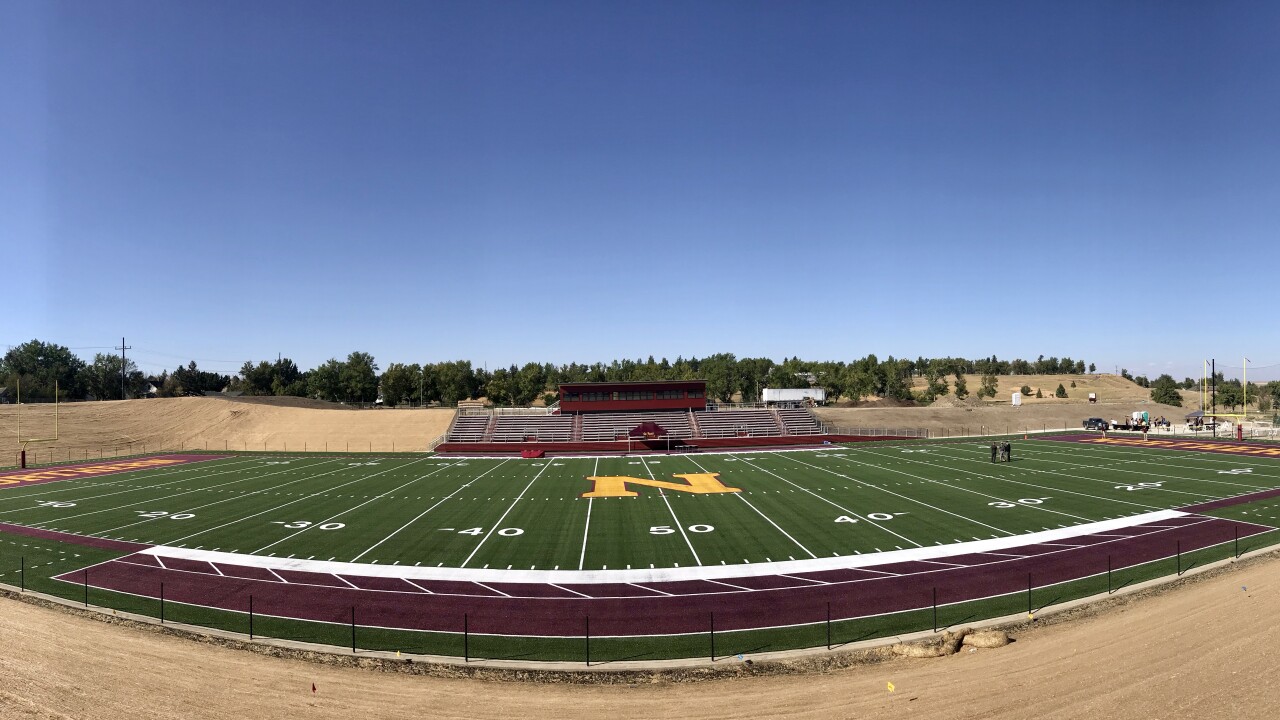 HAVRE -- Montana State-Northern will christen its new football stadium on March 13, according to the 2021 spring football schedule released on the Lights' website.

MSUN will start the 2021 spring schedule with two road games -- Feb. 27 at reigning Frontier Conference champion College of Idaho and March 6 at Montana Tech -- before its home opener on March 13 against Southern Oregon. The Lights, who previously played at Havre High School's Blue Pony Stadium, unveiled their new stadium at a ribbon-cutting ceremony in late August. The artificial turf field will be named Tilleman Field after the late Mike Tilleman, the Hi-Line football legend who passed away in September.

After opening the new stadium on March 13, the Lights are back home on March 20 against Carroll College. They go back on the road for games at Eastern Oregon on March 27 and Montana Western on April 3. MSU-Northern closes its regular season with a home game against Rocky Mountain College on April 10.

The Frontier Conference announced Wednesday that its Council of Presidents had approved the seven-game 2021 spring schedule, but "the dates of the games may be subject to change as recommended by the institutions and local health officials," according to a media release. The Lights' schedule currently shows 1 p.m. kickoffs for all seven games.

MSU-Northern has gone 1-10 each of the past three seasons and last won a Frontier Conference game in 2016, a 28-14 victory over Carroll College.