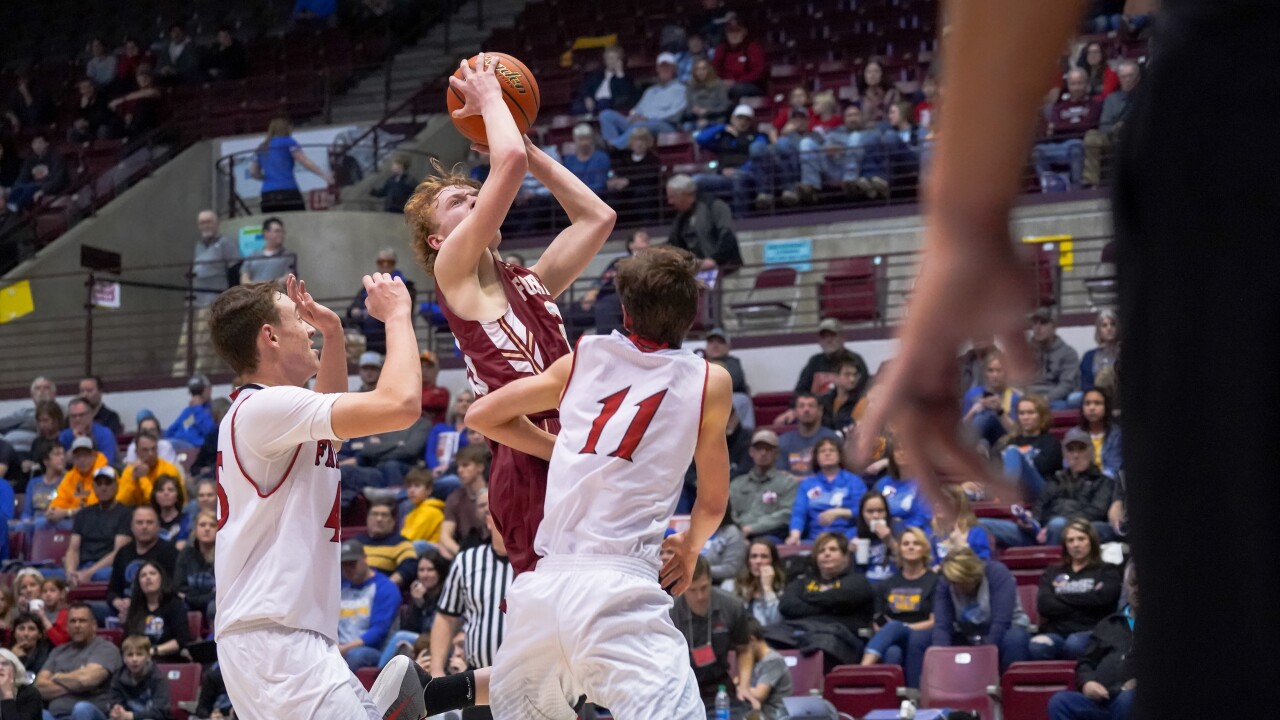 “There are not many 6-(foot)-7 bigs in the state that can play with a combination of power and perimeter skill like Colter,” said Hiatt. “As a 4.0 student, he is a great fit for our program and Montana Tech.”

Bales, a 6-foot-7 forward, helped the Locomotives to a Class A state appearance last year, finishing in third in the shortened tournament. As a junior, Bales averaged 18.2 points, 7.9 rebounds and 2.0 blocks while shooting 60 percent from the field. Bales was selected all-conference and all-state. He finished the season ranked fourth in scoring, seventh in rebounding, and led Class A in blocks.

“We are thrilled to have Colter Bales join our program as an early signee," Hiatt said. "He is an excellent prospect with great size, strength, and skill. He has improved every year and has a genuine passion for the game of basketball.”

Bales, the son of Ronda and Chad, plans to pursue a degree in Construction Technology.

“Hayden Diekhans is an outstanding prospect for our basketball program," Hiatt said. "He is a long, athletic guard that has deep range and a high basketball IQ.”

Diekhans, a 6-4 guard, helped lead Fort Benton High School to the consolation final at the shortened Class C state tournament last year. As a junior, Diekhans averaged 15.2 points, 8.7 rebounds, and 3.2 assists while shooting 52.2 percent from the field. Diekhans was selected all-conference and all-state.

“He possesses a strong work ethic, high character, and competitive spirit. We love his skill level and the potential that he brings to our program. He will be a very successful student and a very successful player for Tech hoops," Hiatt said.

Diekhans, the son of Shana and Chris, plans on pursuing a degree in Mechanical Engineering.