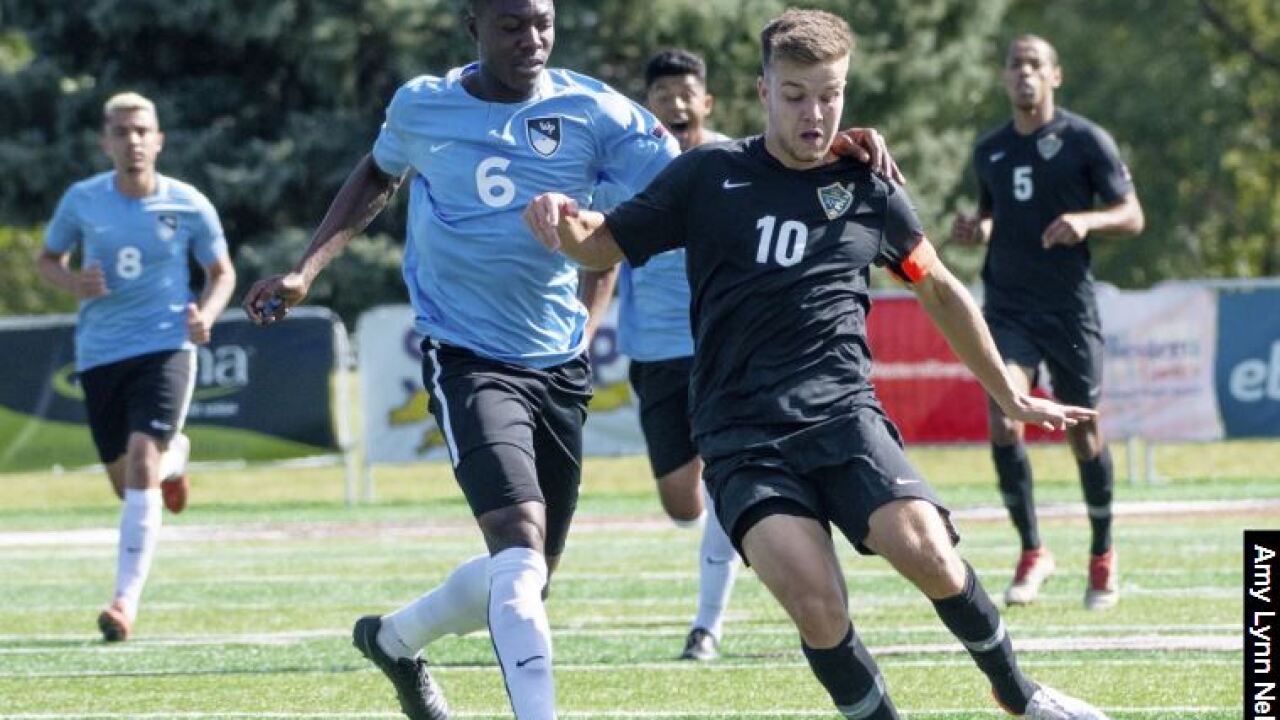 Swenson finished the day with the game-winning goal in addition to earning two assists. Nolan Sherwood powered two headers into the net off of passes from Swenson within the first 20 minutes.

The Battlin' Bears led for the entirety of the first period, but the Knights mounted a comeback in the second. Warner Pacific's Franklin Cordon scored in the 62nd minute off an assist from Brandon Medrano. With time dwindling, Breno Senna took advantage of a penalty kick to tie the game in the 86th minute.

The game seemed destined for overtime before Swenson once again made a play. With less than two minutes left on the clock in the 88th minute, Swenson scored the game-winning goal from more than 20 yards out. Marco Kummerle had the assist.

The Battlin' Bears held a 13-9 shot advantage and a 6-2 advantage in corner kicks.

Rocky's women extended their winning streak to four with a 3-0 victory over Warner Pacific University.

Ellen Hunsaker scored her first goal as a Battlin' Bear (5-1, 2-0 CCC) in the 21st minute off of Lauren Cornwall. Less than three minutes later, Mhari Smith knocked the ball into the corner of the net off an assist from Lauryn Gamache. Gamache scored the final goal of the game off a penalty kick in the 73rd minute.

Goalkeeper Maia Wetzel recorded her third consecutive shutout win. All three have been at home.

Rocky held a 22-3 shot advantage and a 2-0 advantage in corner kicks.

Both Rocky teams travel to Kirkland, Washington, for Friday matches at Northwest University.