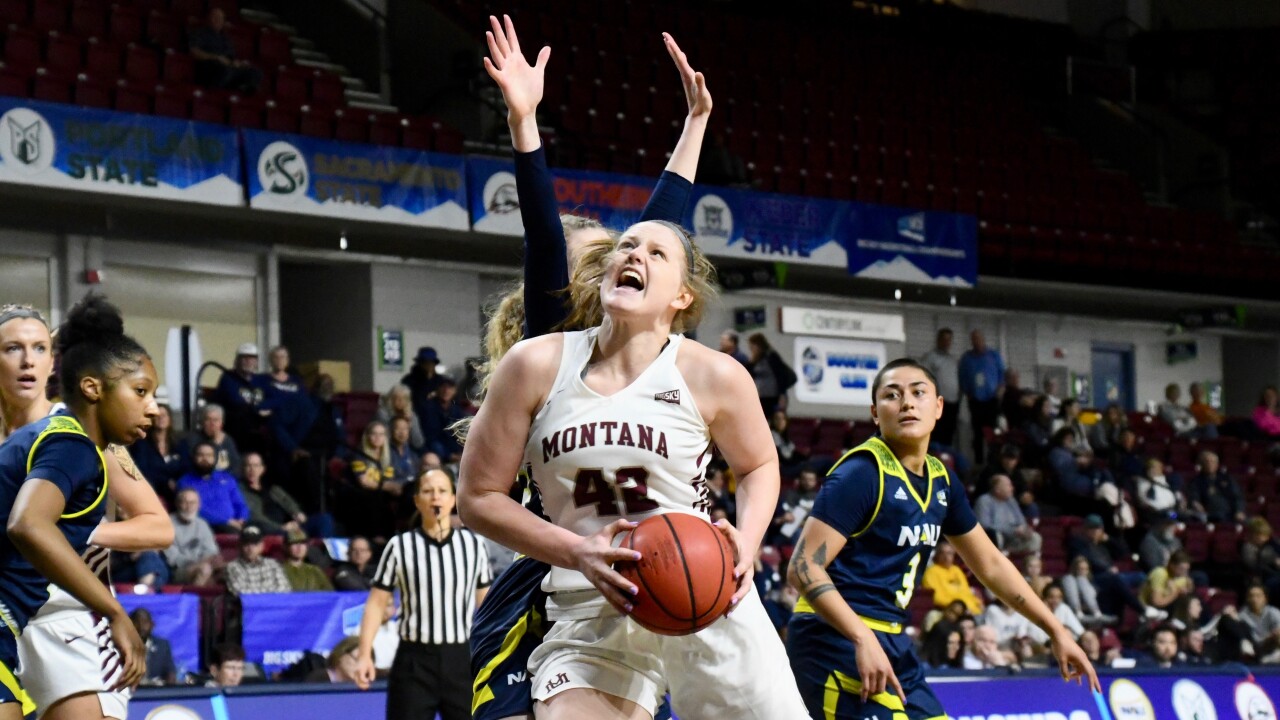 Former University of Montana forward Jamie Pickens will transfer to Carroll College to play for coach Rachelle Sayers. She will be a sophomore next fall.

"Being able to come home and play in front of all the people that have supported me throughout my entire sports career is a feeling that is truly indescribable for me," Pickens said. "I am so excited to be able to have the opportunity to play with coach Sayers and the Saints. Coach has been someone that has always supported me in my decisions and has now given me an opportunity to come to a great school and play the game that I love."

Pickens played in 29 of 30 games for the Lady Griz as a true freshman. She averaged 17.1 minutes per game and scored 7.6 points while pulling down 3.6 rebounds.

She joins a Saints team that went 21-10 and won the Frontier Conference regular season championship this past season.

"To say it's a great day to be a Saint would be an understatement today," Sayers said. "Players like Jamie Pickens are once in a lifetime kids. To have a Top 100 player, in the country, who wants to be a part of our program says a lot about our program but says even more about Jamie as a person. Jamie had a ton of big offers out of high school and she chose us. This is exciting for our team, exciting for our fans and even more exciting for the city of Helena. There is no doubt that she will have an immediate impact on our team but I hope in the end, the impact that this community and Carroll College has on her will be just as important. I am so happy for her, her family, her high school coaches (Eric Peterson and Jolene Fuzesy, who are both passionate alumni of Carroll College) and the community that gets to watch her for another three years."

Pickens comes to Carroll after already etching her name into the lore of Helena's hoop history. While prepping at Helena High, Pickens became a two-time Gatorade Montana Girls Basketball Player of the Year her junior and senior seasons. She guided the Bengals to three state championships and was named all-state three times while garnering the state tournament MVP award twice.

She left Helena High as the all-time leading scorer with 1,204 points and best career rebounder with 852 boards. She finished her career with 43 double-doubles.

"Kamden and I had many good years together growing up through travel and high school ball and I am excited to be able to continue that, in addition to playing with the other girls at Carroll," Pickens said. "While I loved my time being a Lady Griz and playing under Shannon Schweyen and her coaching staff, I am so excited to move on to this next chapter."