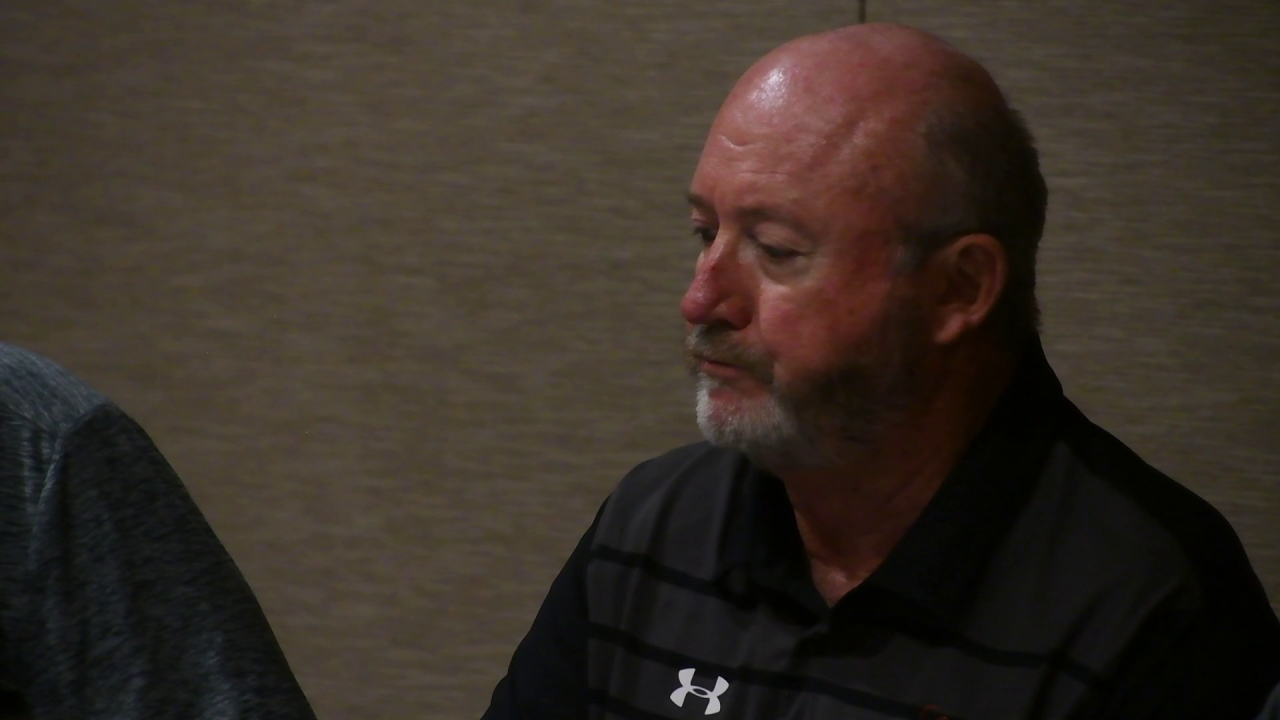 WHITEFISH -- Kent Paulson may as well be playing cards.

The Frontier Conference's commissioner knew the month of July was going to be pivotal in the success of college athletics taking place as scheduled. It didn't take long for changes to shuffle the deck.

First, the three Frontier Conference out-of-state football programs -- College of Idaho, Eastern Oregon and Southern Oregon -- announced they wouldn't compete until at least Nov. 1. That fell in line with their parent conference, the Cascade Collegiate Conference, halting all fall sports until that time, affecting programs like Carroll College, Providence and Rocky Mountain College in the sports of men's and women's soccer.

Still, the Frontier planned to plunge onward with its remaining sports -- cross country, football and volleyball.

The NAIA announced late Tuesday it will postpone fall championships in the sports of cross country, soccer and volleyball, while a decision on football is expected on Friday. Teams and conferences will still be allowed to compete during the fall season, if they so choose, but their postseason would still be held in the spring.

"To me, the progression is going to be, if you can, try to play safely in the fall, probably next, look at a modified fall where we push things back and maybe even reduce to a point more, or if enough conferences just say, 'Hey, we've met this threshold where we just cannot do this,' if enough conferences do that, then to me the national organizations will follow suit and they'll come with a whole new set of guidelines," Paulson told MTN Sports on July 2.

At the time, Paulson admitted each league around the country was watching the others, playing the waiting game, and ultimately, deciding what's best for their own conference.

"Even though we know our parts of the country are in different places, we all have the same end point, we have the same goals," Paulson said. "First and foremost, again, I just can't emphasize enough that it's the safety of our people, and that goes from the president to the athletic director, their staffs and the student athletes. And so that's, to me, the driving force behind every decision."

That's what led to Tuesday evening's decision, following a virtual meeting with the NAIA council of presidents (COP). Each sport requires a participation threshold of 50 percent to conduct a scheduled postseason, meaning at least half of the teams would be required to play their sport as planned. With leagues around the nation announcing postponements until at least winter, or even spring, the NAIA COP made its choice.

Postponing until spring was certainly discussed during the Frontier Conference's virtual meetings and discussions, but it was a decision Paulson hoped wouldn't be necessary.

"Certainly one of the modified plans that we put together, an option, which I told the ADs, I placed it one rung on the ladder above cancellation, was to move sports to the spring. It's certainly not all bad, but it does narrow your choices," he said. "In other words, you're pretty close to the finish line, meaning the end of the athletic year, and if that doesn't work, then we know that you're on that bottom rung in the ladder that I referenced. Facility-wise you could run into some issues, you know, you could have a track meet going on around the outside and a football game on the inside. There could be some issues there.

"You've got crossover athletes at our level where, you may have to triple jump and then run back in and play basketball or football or whatever," he continued, laughing, but perhaps not joking. "Situationally, at the larger schools you've got the combines that we've talked about. You can find a lot of reasons why it wouldn't work or wouldn't work, as well. But over here on the positive side, if that was the only way you could make it work, then I guess that's (the way) we would go."

Postponed postseasons are only the latest hand Paulson and others around the NAIA have been dealt. Who goes all in and who's left with the final hand, is the question on everyone's mind.