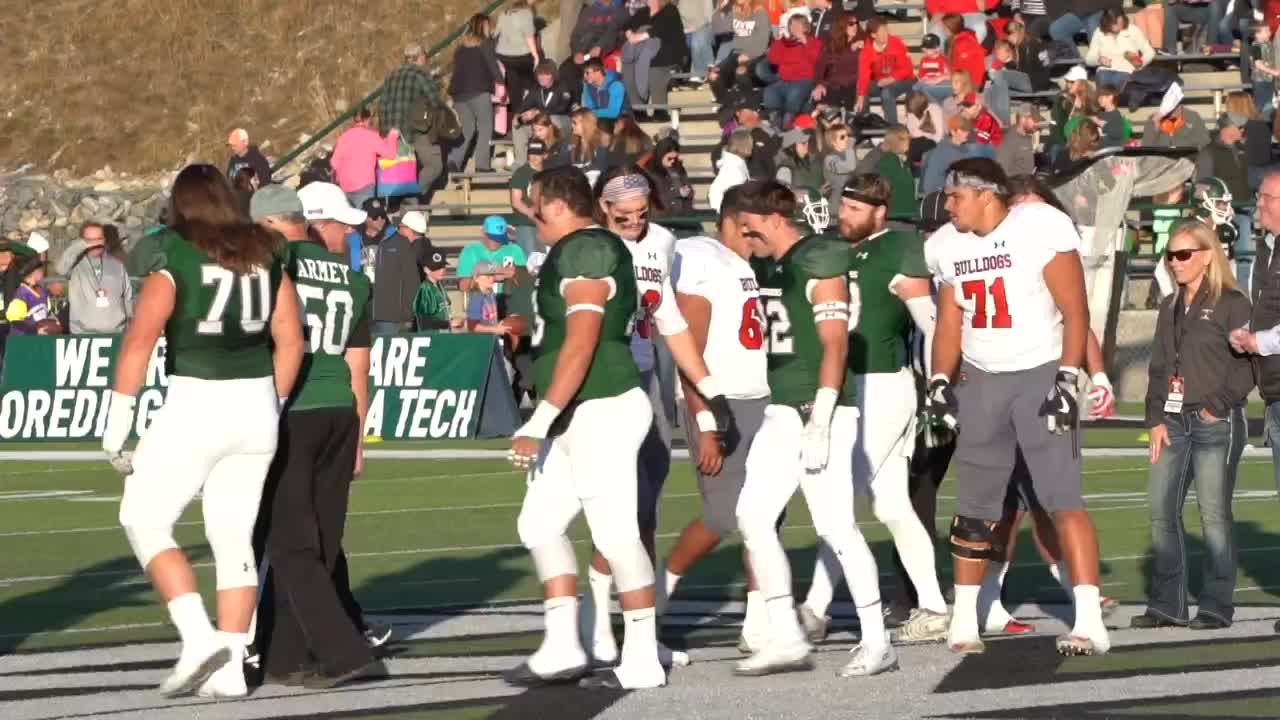 That was certainly the case late last week when Paulson announced that the Frontier Conference Council of Presidents (COP) had elected to postpone the fall football season to the spring of 2021 after pressing for weeks in preparation of a fall season.

With more calls and meetings every day, what positives could Paulson possibly find?

"Getting our three (out-of-state) schools (College of Idaho, Eastern Oregon University and Southern Oregon University) back on the schedule, hopefully Oregon, Idaho and Montana will all have an environment where we can all safely play in the spring," Paulson listed, referencing the late-July decision by the Yotes, Mountaineers and Raiders to postpone their fall sports until at least November. "Another silver lining is that we’re going to know soon, the NAIA I’m told by people on the committee, we’re going to have a guidelines released from the NAIA on Thursday to firm up the sites — I don’t know if there will be changes to the sites or if they were able to manipulate schedules to get the arenas and stadiums freed up for spring championships — but we’re going to know on Aug. 20, Thursday, we’re going to know where we’re going and the dates of the championships. Then you can start building your schedules backwards."

Another silver lining? The Frontier can go back to its regularly scheduled programming. The league is likely to return to its original fall football schedule -- an eight-team, eight-game, conference-only schedule -- when the season kicks off sometime in 2021.

While high schools and colleges across the nation have made the announcements of postponing specific athletics to the spring, the truth is, few know exactly when that would be.

"It’s safe to say that we’re defining (spring) as sometime after Jan. 1, nationwide. In Montana, some of the old timers would tell you spring comes sometime after the Fourth of July," joked Paulson. "Realistically, we know we play football in November and early December, so I don’t see us being able to, best-case scenario, if Mother Nature gave us a break here, you’re probably, and I'm just speculating when the NAIA will place their championships, I would think we would have games in March and April. Can you clear a field in March like you clear a field in November? The issue becomes, for non-turf fields, now you have melt, sloppy conditions, whereas in the fall, you’re coming on the first snow and it’s a different look, no doubt about it."

"Essentially you’ll have spring football that you didn’t get last spring, you’ll have it in the fall," he continued. "You’re seeing a lot of our programs that were set to go, they’ll basically do spring ball in the interim this fall, which will lead into winter conditioning, which will lead into your question of, ‘When does the calendar say it’s spring?’ That’s going to clear up, we’re going to get a better handle on things. Back to the ‘we can do’ mentality that you have to have, we’re going to make it. We certainly discussed, very much a discussion point was, 'Who is to say it’s going to be better in the spring?' We’re living in this ‘we don’t know’ world, but we have to keep working at it, keep grinding, and that’s what everybody’s doing."

For weeks Paulson and the Frontier Conference let it be known their intention to play this fall, listing numerous challenges to shifting schedules to spring: unknown weather conditions, facility usage and dual-sport athletes, to name a few.

But none of those arguments could overcome potentially the greatest challenge to playing in the fall: the limits to attendance at group gatherings.

"I think the determining factor was that the presidents and athletic directors listened to the medical people in their counties. We knew counties were at different places just like states were at different places," Paulson said, "but they finally reached the point where there were going to be no fans, that was a given, we had already crossed that bridge, and then it came down to the idea of, could you stage an event where some counties were saying their number, the projected number at this time was 50 people? That’s 25 per side, plus you have officials in there, pretty soon you’re talking about two teams of literally in the teens for numbers. It just wasn’t doable."

Hence, it's all in on spring. The Frontier Conference went from the minority to majority in terms of leagues shifting their seasons to the spring. Only six FBS conferences are currently still slated for a fall schedule, while none of the FCS, NCAA Division II or Division III, or junior college leagues are still on for fall.

The NAIA is down to six conferences planning to play this fall, though the Sun Division is the only league in the Mid-South Conference still moving forward, and the Sooner Athletic Conference is staring down a split-season -- three conference games this fall, six more in the spring.

Playing in March, April or May does present one more concern to leagues, programs and even fans across the country: It leaves a short turnaround should football return to a fall schedule in 2021.

"We’ve discussed it, absolutely. ... Football is a sport where those student-athletes need time to have their body rest up, so I think what you’ll see is modified preparation. But again, the love of the sport trumps anything we can do as far as moderation in our scheduling. We’ll make it happen," said Paulson. "I don’t know how deep we’ll actually be going (this spring) with the full 16-team playoffs, the quarterfinals, then semifinals and championship, so I’m just guessing, we won’t have football go much deeper than the end of May. I don’t see them putting it into June because, just like we look at (having) a southern climate in December to stage a national championship, you kind of reach that point in the south and southeast where it could get too hot (in the summer). Then you have weather that’s a factor as well as COVID.

"So we’re working around a lot of things, but again, I know in my heart, the student-athletes know that everyone is working to make this the best-case scenario. You may have an opinion one way or the other, or a wish list one way or the other, but at the end of the day we’re just trying to do things the right way."

That's arguably the most important silver lining of them all.