Leaf inducted in WSU Hall of Fame this weekend 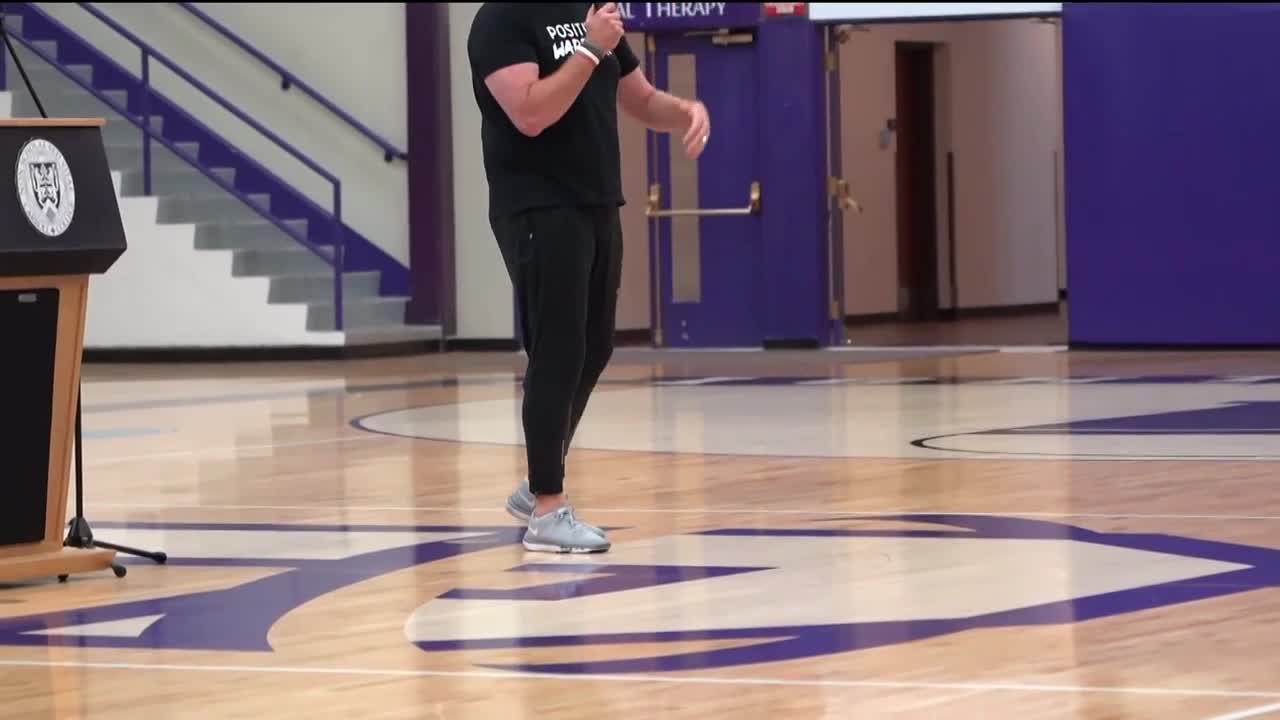 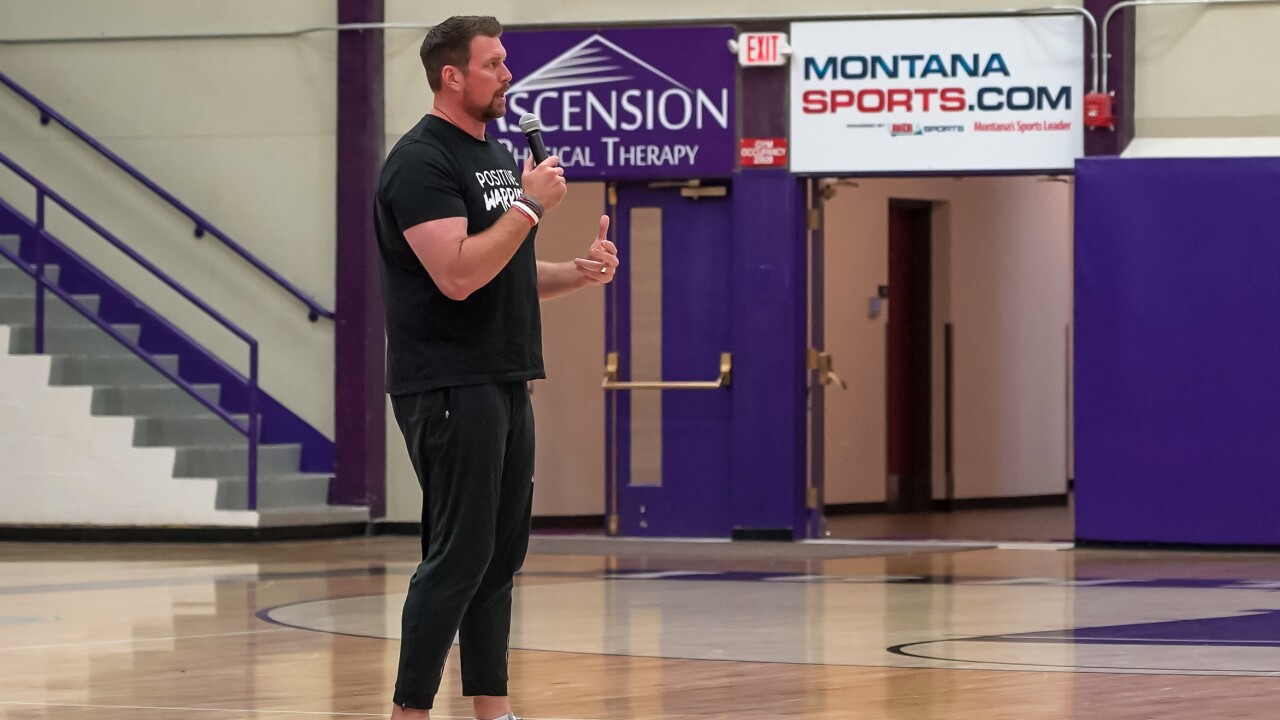 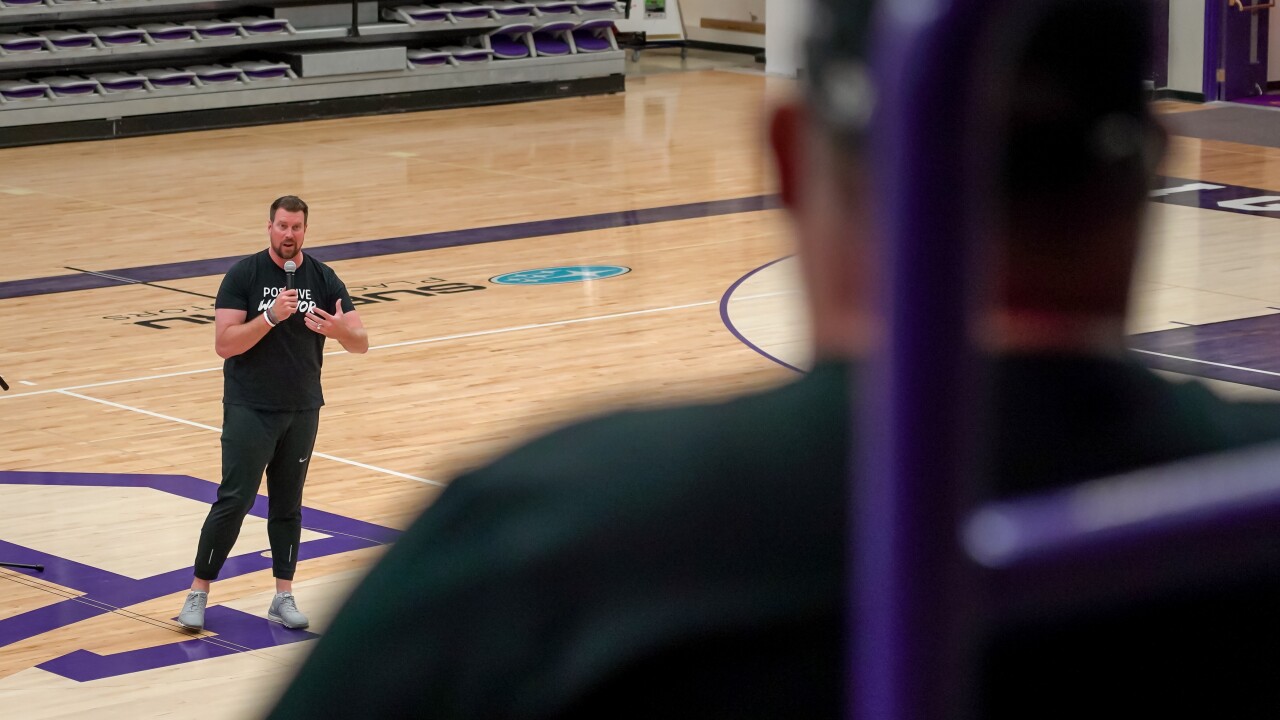 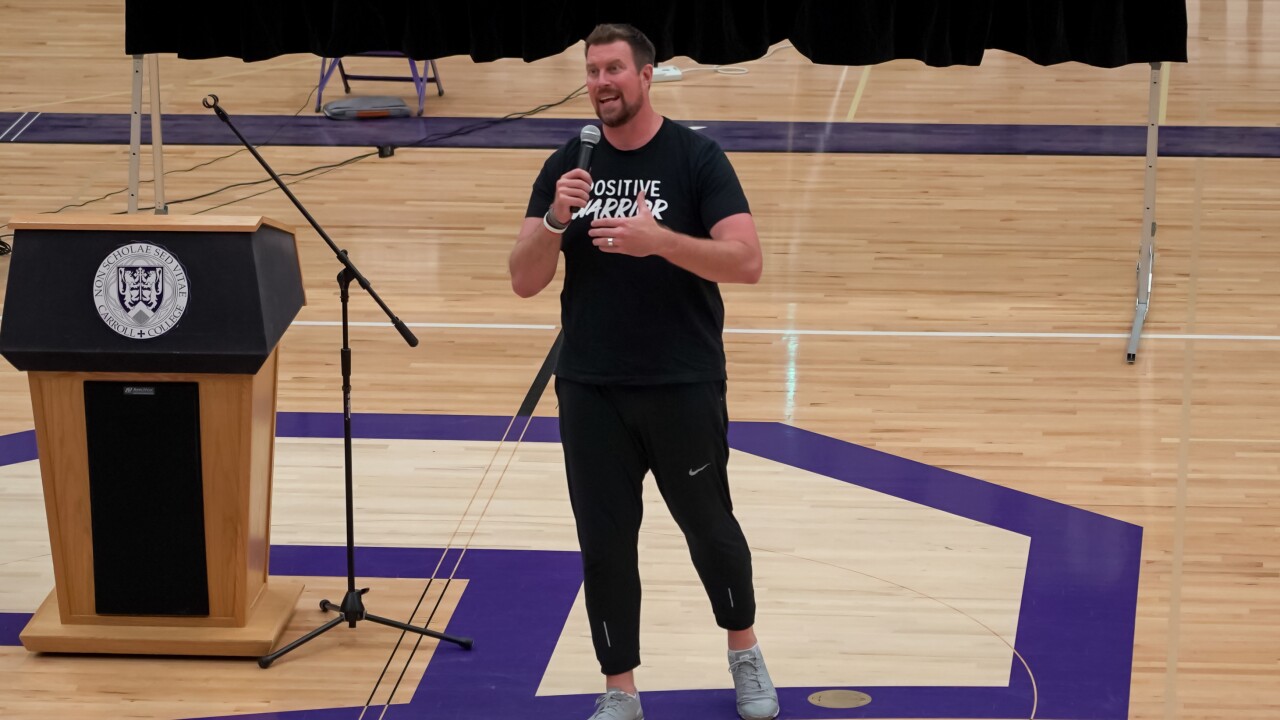 HELENA -- Former NFL quarterback Ryan Leaf made the latest stop on his motivational speaking tour on Thursday afternoon, dropping by the Carroll College P.E. Center to share his life story, as well as advice, with Fighting Saints' student-athletes and coaches.

Leaf, the former Great Falls CMR and Washington State standout quarterback, discussed his journey from being a star athlete in high school and college, to his downfall in the National Football League. The former No. 2 NFL draft pick of the San Diego Chargers shared intimate details of his private life in the NFL, including his refusal to ask for help, both in his personal and professional life.

After developing an addiction to prescription drugs, Leaf landed in prison for nearly three years, and told those in attendance it was there he decided to turn his life around. He also stressed the importance of student-athletes looking out for one another and asking for help when needed, sharing the story of another former Washington State quarterback, Tyler Hilinski, who took his own life in January 2018.

Leaf's message left an impact on Carroll student-athletes, both those familiar with his story and those hearing it for the first time.

"I think a big takeaway is really getting to know your teammates outside of your sport. It sounds easier than it is, but really getting the time to invite them over to hang out and getting to know them outside, because they feel more comfortable coming up to you, rather than a teammate aspect, but as a friend aspect," said Carroll volleyball senior Ayla Carpenter, who hadn't heard of Leaf prior to Thursday. "You're there as a friend when you're off the court, while you're there as a teammate on the court. It's a lot different in that sense in (being comfortable) being able to talk about things with teammates."

"Just every day working on yourself as a person. What he said was super impactful and I think everybody can learn something from what he says. I took away a lot from today," said senior basketball player Dane Warp.

Leaf, who now works as a college football commentator for ESPN, will be inducted into the Washington State University Athletics Hall of Fame this weekend during the Cougars game against Northern Colorado on Saturday. The induction dinner and ceremony is scheduled for Friday in Spokane, while Leaf and five others will be honored during the football game on Saturday.