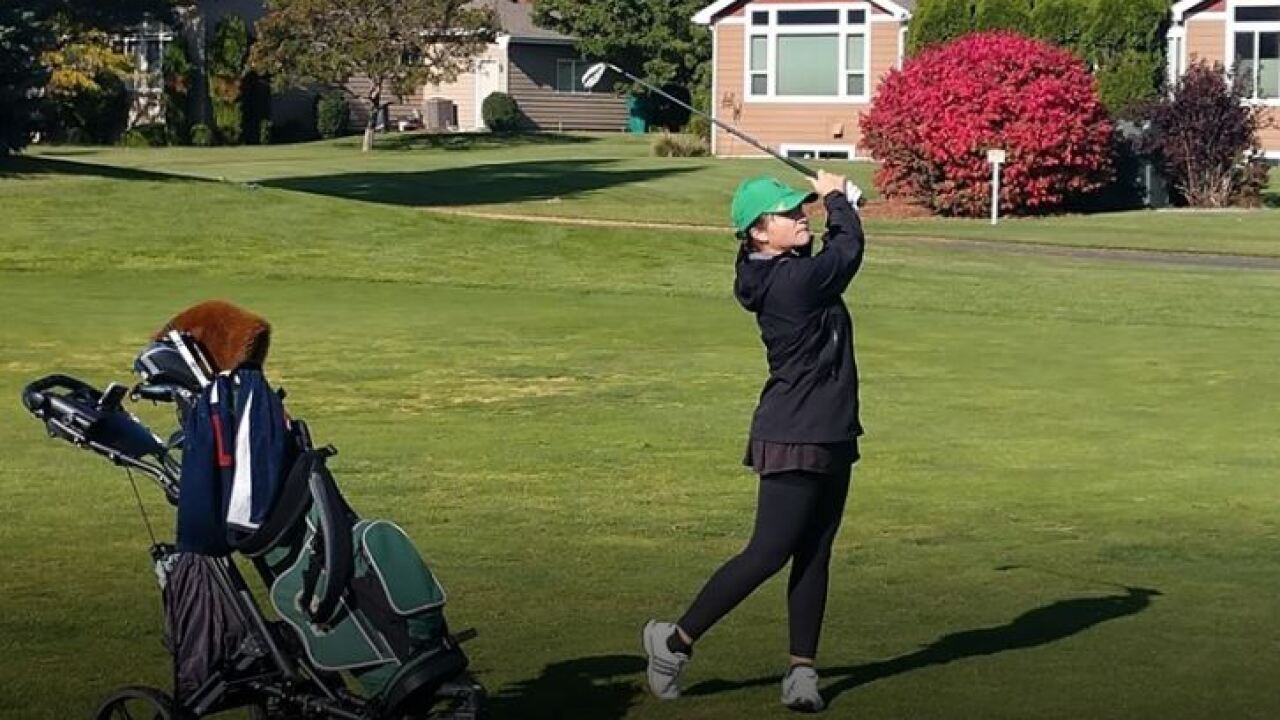 Derrickson opened the tournament with a first round score of 67 which tied the school record set by Kyla Clancy during the 2014-15 season.

"We are very proud of Hailey. It was a great way to cap off an excellent fall season," said Rocky's head golf coach, Aaron Pohle. "She was very solid through the front nine in the first round, but things just start clicking on the back and she played lights out down the stretch."

Derrickson posted a second round score of 74 to finish the tournament at 3-under-par 141. The freshman from Austin, Texas earned individual medalist honors for the second time this season.

Finishing right behind Derrickson in second place, Claire Wright shot 2-under-par 142 with rounds of 70 and 72. The freshman from Chowchilla, California finished with a tournament-high eight birdies. Wright and Derrickson were the only two golfers to finish the tournament under par.

Kaelyn Volk finished in 19th with a two-day total of 167 while Kaitlyn Fleming placed in 22nd with a score of 174.

Shooting 300 in the first round, No. 18 ranked Rocky trailed Lewis-Clark State by a single stroke before claiming the lead in the second round. The Battlin' Bears shot 304 on the second day for a two-day total of 604 to claim a single stroke victory over the Warriors.

"Hats off to Lewis-Clark. They played a great event," said Pohle. "It was really fun on the back nine with both teams playing well. There was a lot of energy from the players and neither side backed down."

Meanwhile, Rocky's 9th-ranked men finished in fourth with a two round total of 587.

"It was a tough week for the guys," said Pohle. "They fought hard all week and we showed a lot of improvement in certain areas which was promising."

Shooting 4-over-par 144 with consecutive rounds of 72, Rocky's Haydn Driver tied for fifth with North Idaho College's Jared Smith. Driver posted six birdies which tied for third most at the tournament.

Both Mitchell Thiessen and Daniel Sigurjonsson tied each individually in eighth at 6-over-par 146. Thiessen posted rounds of 75 and 71 while Sigurjonsson shot rounds of 74 and 72. Sigurjonsson's 26 pars tied for third most among all golfers competing.

"We look forward to finishing out the fall season strong at the Grob Cup next week," said Pohle.