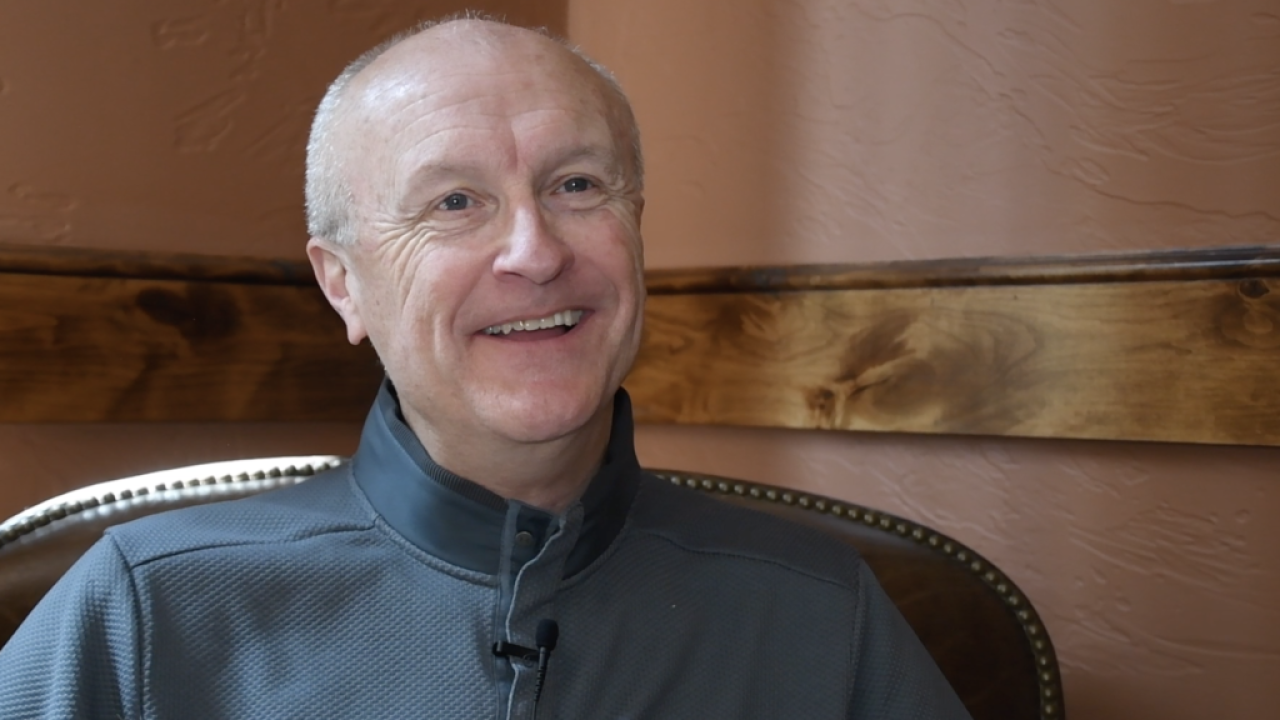 GREAT FALLS -- University of Providence Vice President for Athletics Dave Gantt has been named the 2019 Frontier Conference Athletic Director of the Year.

"I'm quite humbled by this award," Gantt said. "Dr. (Tony) Aretz and Sister Lucille placed their faith in me to guide athletics at UGF, and in so doing, we've been able to help drive undergraduate enrollment to the School of Liberal Arts and Sciences as well as to the School of Health Professions. To this day, we continue to receive significant support from PSJH, Father Oliver, as well as the other vice presidents and many staff and academic members of our university community as we strive daily to live the Mission. It takes a great team for any leader to be recognized, and we certainly have that in our athletics administration team. Our efforts, as well as the additional support we've received from across the entire campus and the Great Falls community, has allowed Argo athletics to grow significantly over the past three years."

Gantt ('78) joined the university in July 2016 as the school's first Vice President for Athletics. He set out to increase enrollment by increasing the number of sports offerings for student-athletes. Under Gantt's watch UP has added women's wrestling, men's and women's ice hockey, and eSports, to bring the total number of programs to 20. When he took over, there were 255 student-athletes. That number has increased during his tenure to 332.

"Over the past three years, Dave has literally created a model NAIA athletic program," said former president Dr. Tony Aretz. "The department now operates in the black, with more positive net revenue to come in the future as his plans fully develop. All of our programs are now on a path towards success, there is proper oversight and control, and most importantly, there is a strong culture in the pursuit of excellence."

Since accepting the position he has also orchestrated major improvements for Argo athletics. One of his first moves was to lead Argo athletics through the transition of the name of the school from the University of Great Falls to the University of Providence in June 2017. This required reworking associated signage and rebranding to reflect the new colors, as well as the implementation of the new UP Under Armour deal. During his tenure, he has also overseen the expansion of the Argo athletic facilities, including adding bleachers to Argo Field, a rebranding and new bleachers in the McLaughlin Center Gymnasium, and construction of a new wrestling building.

"This radical transformation is due to Dave's excellent skills as a coach and a leader," Aretz said. "He has hired a talented staff, quality coaches, and has coached them and held them accountable in a way that demonstrates that a small college can create a very successful NAIA athletic program. Most importantly, he has brought his knowledge and experience in coaching and administration at all levels of collegiate and national athletics that not only leads to success, but demonstrates that you can also be successful using a responsible and economically strong business model."

"His organizational and problem-solving skills contribute to the successful systematic management of each and every program that Dave oversees," Paulson said. "I am privileged to be able to work alongside Dave and I can't express enough how much I appreciate having him in his position at the University of Providence and as a proud member of the Frontier Conference.”

"As an alumnus of CGF, now the University of Providence, this award has special meaning," Gantt said. "Mostly, I owe a debt of gratitude to Father Leo McInnis (Father Mac), who basically provided me with the wakeup call and coaching needed to hone some rough edges and live a more purposeful, productive and more mission driven life. Proof that time well spent with young people in athletics is a most meaningful pursuit."