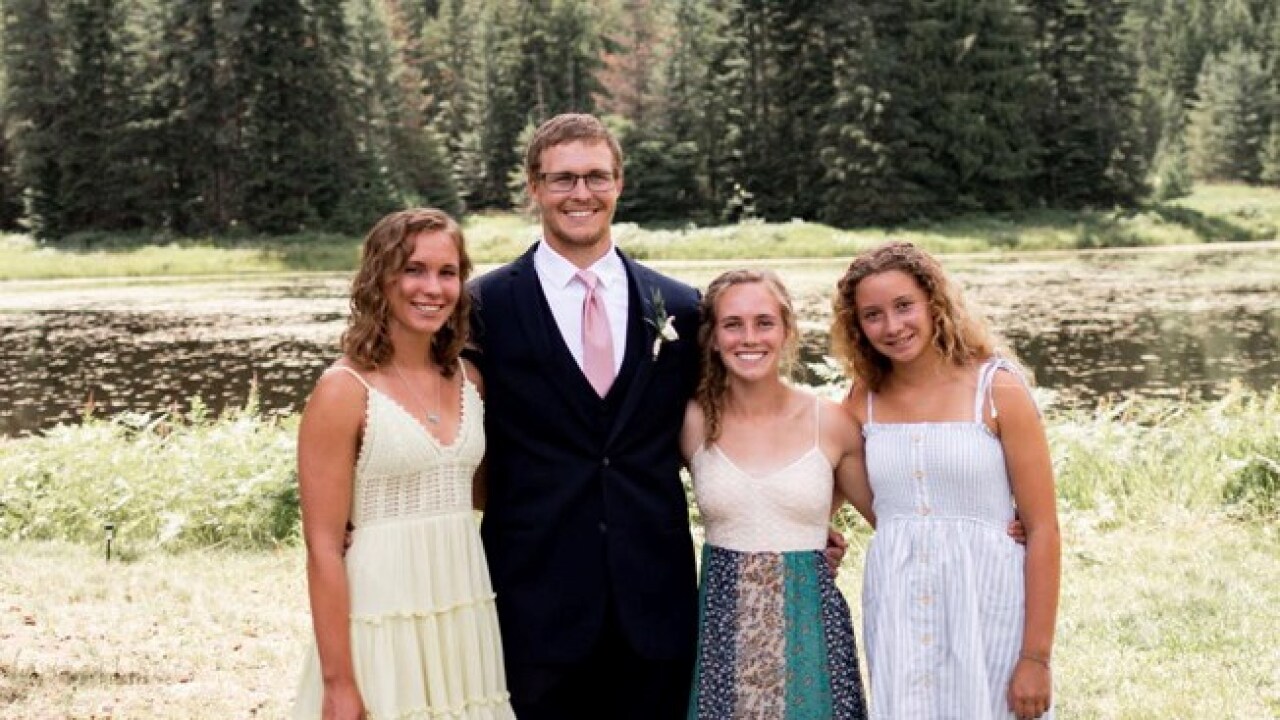 With COVID-19 putting live sporting events on hold, the Cascade Collegiate Conference wanted to take the time to highlight families within our #ThisIsTheCCC community. Many of our member institutions have administration, coaches and student-athletes family members competing together, making the CCC truly a family affair.

CORVALLIS, Ore. – Almost 800 miles away from home, the Clements family has made Carroll College a home away from home. Three of the four Nederland, Colo., natives – who grew up on a farm “with some pretty cool pets including a cow, a donkey, horses, dogs, cats, and chickens” according to Kody – chose Carroll College to continue their playing careers, and hope the fourth will make the same decision.

Willy Clements graduated from Carroll last year after finishing his football career with the Fighting Saints. This last year, Charly and Kody helped the Saints advance to the Cascade Collegiate Conference Women’s Soccer Tournament, presented by U.S. Bank, while youngest sister Kacy is a junior in high school.

“It was a lot of fun growing up with siblings who all played sports as well,” said Kody, who is majoring in elementary education and special education with a minor in reading. “We always practiced together and pushed each other. I have had to opportunity to play with both of my sisters, which has been a lot of fun.”

“It was so much fun to go and watch each other's games,” added Charly, who was a theology and biology for secondary education double major with a minor in chemistry for secondary education. “Every weekend would be filled with football games, soccer games, and basketball games, track meets, and cross country races and it would be a family event to go and support everyone, then go out to eat either as a celebration of a win or a way to lift our spirits after a loss. Some of my favorite memories were getting to be on the same team as Kody in both high school and college. It was also very helpful to always have people around to workout with and train with.”

Charly finished her senior season last fall, giving her and Kody one year together. The pair helped hold down the midfield for the Saints and sometimes were even confused for twins.

“I loved having Kody on the bus rides,” said Charly, who wants to teach middle school or high school. “During our season, we make some very long trips and those were made a lot more enjoyable by having my little sister to goof around with.”

Charly wasn’t sure she even wanted to go Carroll since big brother Willy was already there.

“When Willy committed to play football at Carroll, I was dead set on not following in his footsteps and making my own way,” said Charly. “However, I fell in love with Carroll's campus and the community there and knew it was the right fit. I ended up absolutely loving having my brother on the same campus as me and I was even more excited when Kody decided to come to Carroll too. I loved playing on the same team as Kody in high school and couldn't wait to do it again in college.”

With two older siblings already at Carroll, Kody also wasn’t sure that was where she wanted to be.

“At first, I was not sure if I wanted to go to the same school as my siblings, but as I got older, I realized how much fun it would be,” said Kody, who wants to teach second grade after she graduates. “I love Carroll and my siblings so it was a package deal.”

The Clements grew up in the mountains of Colorado, about 30 minutes away from their school and where all their friends lived, so they became each other’s best friends.

“One way we entertained ourselves was doing all sorts of ridiculous challenges like seeing who could sit in an ant pile the longest or lay in the ice cold river the longest,” said Charly.

While they may not have thought they’d follow in each other’s footsteps, it seems it was fate to keep the best friends together.