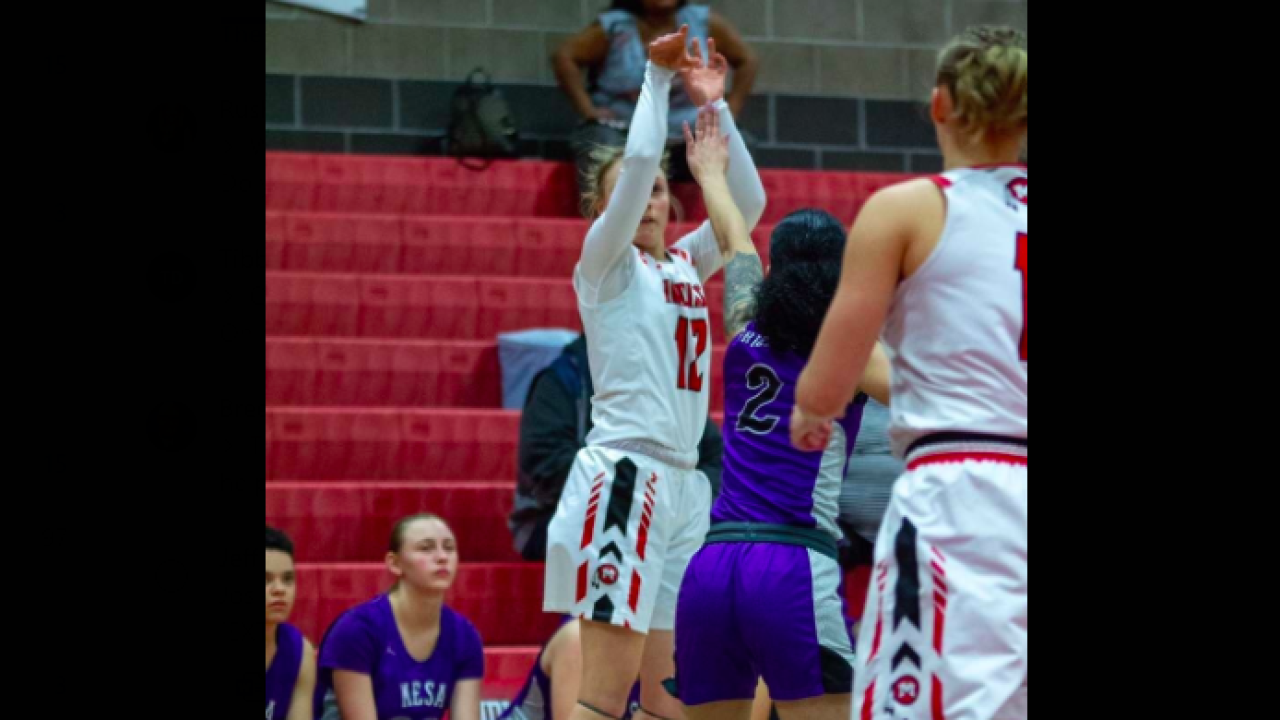 As a senior the 5-foot-6 guard earned honorable mention All-State and first team All League honors, as well as serving as captain for the Indians. Eccher led the 4A/5A Southwestern League in 3-point shots made the past two seasons, while tallying 89 for her career.

“We were impressed with Josie’s shooting ability, especially her quick release, when she made her visit to Rocky last fall,” Keller said. “She is a good athlete who plays hard on both ends of the court.”

He added: “Josie really connected with our current players during her time on campus and there is no doubt she will have an excellent academic and athletic career as a Battlin’ Bear.”

Eccher is the daughter of Doug and Lori Tucker-Eccher. The All-State academic team honoree carries a 3.9 GPA and will pursue a degree in environmental science.

“I chose Rocky because I love the outdoors, they have a great environmental science degree program, and I have a great deal of respect for their basketball program.”