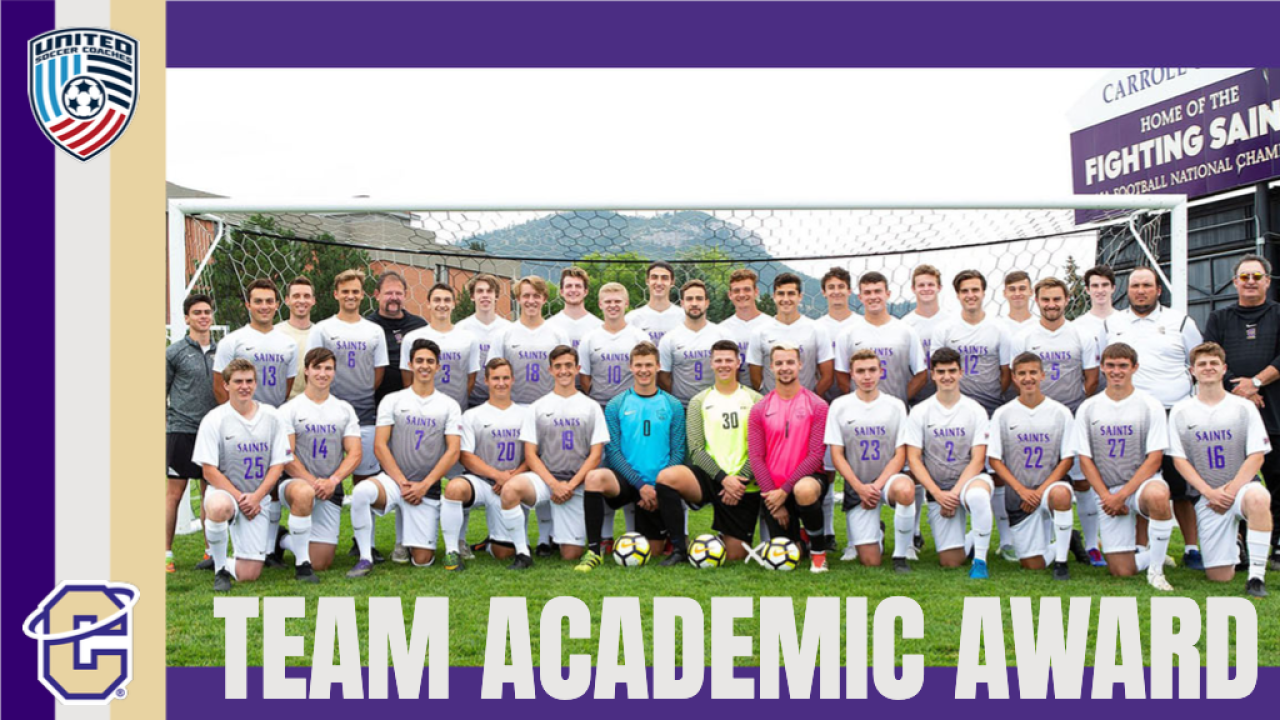 It’s the sixth consecutive season the Saints have won the award. Out of the 346 men’s teams honored, the Saints held the 48th highest GPA in the country, regardless of college classification.

Carroll College was just one of 258 schools that had both men’s and women’s programs honored.

The Carroll College women's soccer team garnered the United Soccer Coaches' Team Academic Award for the 16th time in 17 years. The award is given for excellence in the classroom during the 2018-19 period.

The Saints posted a 3.42 GPA and were just one of 648 women’s teams across college ranks to garner the award.

The Saints women's team has won the award every season under head coach Dave Thorvilson, save 2009 due to an uncompleted nomination.

Carroll College was just one of 258 schools that had both men's and women's programs honored.