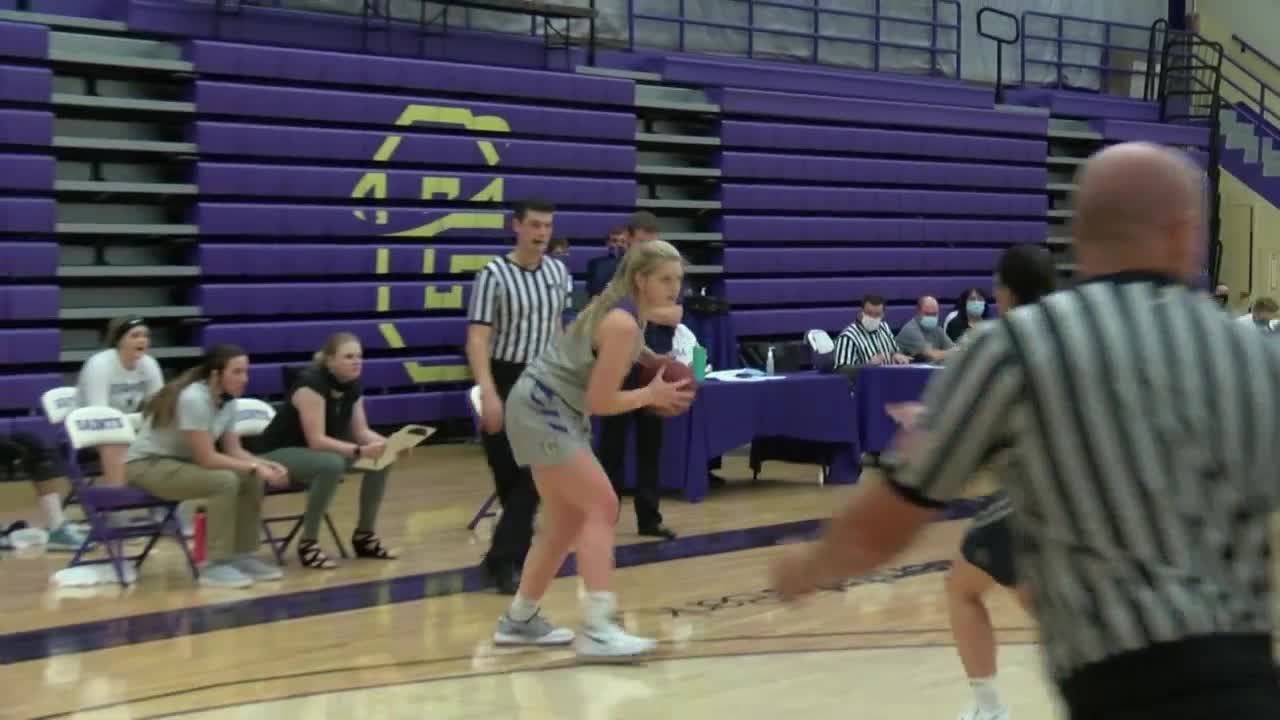 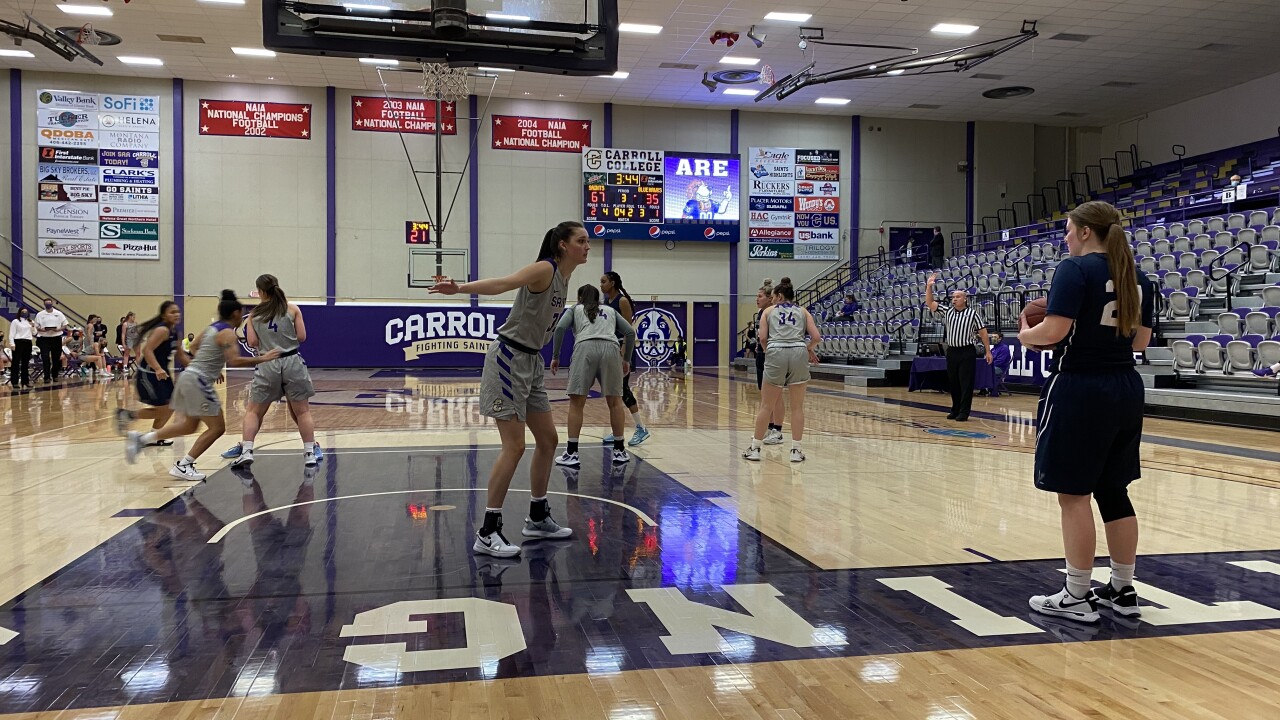 HELENA -- The Carroll College men's and women's basketball teams swept Dickinson State in their first home games of the 2020-21 season on Friday. The Carroll women rolled to a 92-57 win, while the Carroll men got a 77-61 win in the night cap.

"The first half we were playing a little fast and we were a little sloppy,” Saints coach Rachelle Sayers said. “We kept it simple in the second half and we stayed in one thing until we could get a feel for it and get comfortable with it.”

It was the Saints' (3-0) home opener, though it played differently than other home openers in the past. The Saints played without fans to help combat COVID-19 in the Helena community.

“Once we got going, I don’t think the kids really realized there were no fans,” Sayers said. “They generated a lot of energy. This is just our new norm. We’re going to continue to do everything we can to keep playing.”

Redshirt sophomore Maddie Geritz led the Saints with 17 points, shooting 5-for-9 from the field, including 7-for-10 from the free throw line.

Joining her in double figures were Danielle Wagner with 15, Christine Denny with 13 and Sienna Swannack with 12 points. Twelve different Saints scored on Friday night.

“I challenged them to give me the best three or four minutes in spurts so we could get other kids in there,” Sayers said. “They set the tone. They played really hard. When they got tired, the next group went in. I was real pleased with the contributions and the energy.”

Carroll shot 55 percent from the field and the 3-point line, while holding the Blue Hawks to a 37-percent percent mark from the field, and a 30 percent clip from deep.

Up next, the Saints are scheduled to host the Thanksgiving Classic next week in the PE Center.

The No. 21-ranked Carroll College Fighting Saints men’s basketball team rose to Dickinson State’s second-half challenge and used a 31-21 run in the final 10 minutes of the game to win 77-61 on Friday in the PE Center.

In a tough-fought game, the Saints (2-1) led for all but two minutes, though the Blue Hawks (2-2) did trim the gap in the second half. With 10 minutes left, a free throw from DSU put the Saints’ lead at five points before Carroll answered with a 5-0 run. Shamrock Campbell sank a 3-pointer, and then Jovan Sljivancanin scored in the paint to give the Saints a little room. The rest of the way the Saints straddled a double-digit lead, until five minutes remaining, when they would lead comfortably the rest of the way.

Sljivancanin, the junior from Belgrade, Serbia, finished with a game-high 19 points, adding in nine rebounds and five assists. Routinely late in the game, Sljivancanin defeated DSU’s double-team to find open teammates or score himself.

Joining him in double figures for the Saints were Campbell with 16 points, Gaven Ramirez with 13, Ifeanyi Okeke with 12 and Dennis Flowers III with 11.

As a team, the Saints shot 50 percent from the field, while holding DSU to 38 percent.

The Saints are next scheduled to face Dickinson State again, on Nov. 28, in North Dakota.