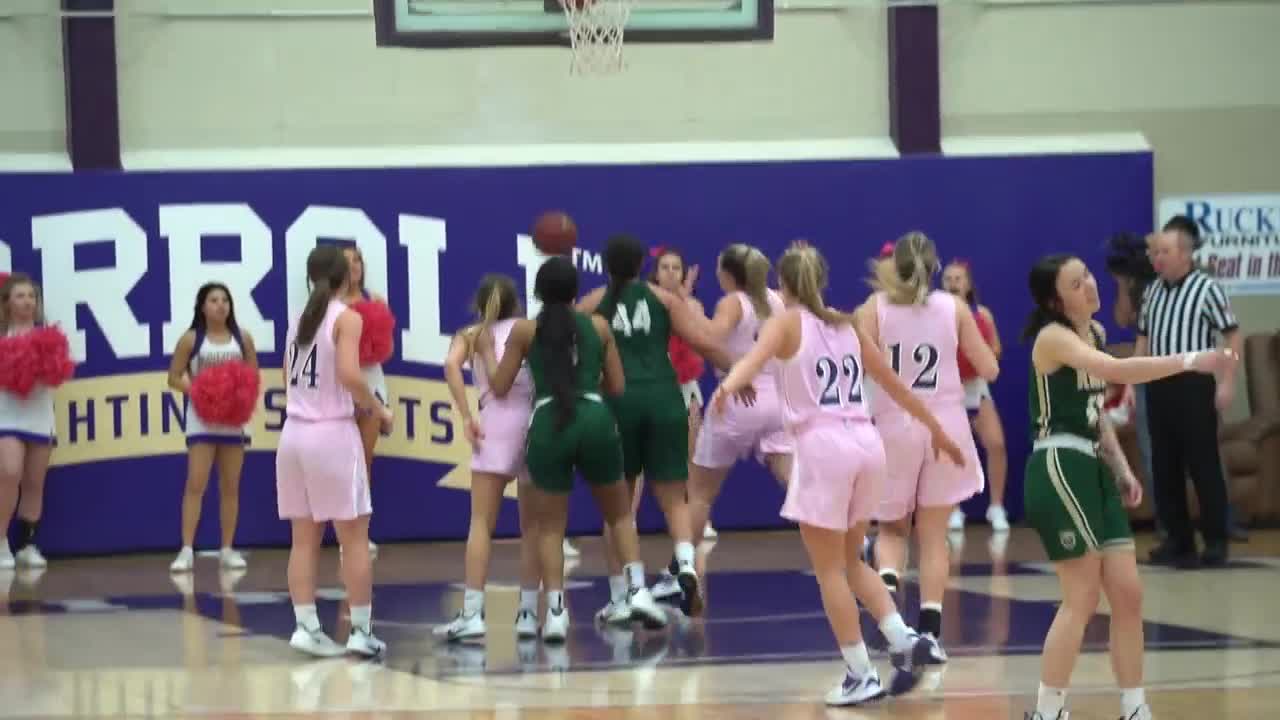 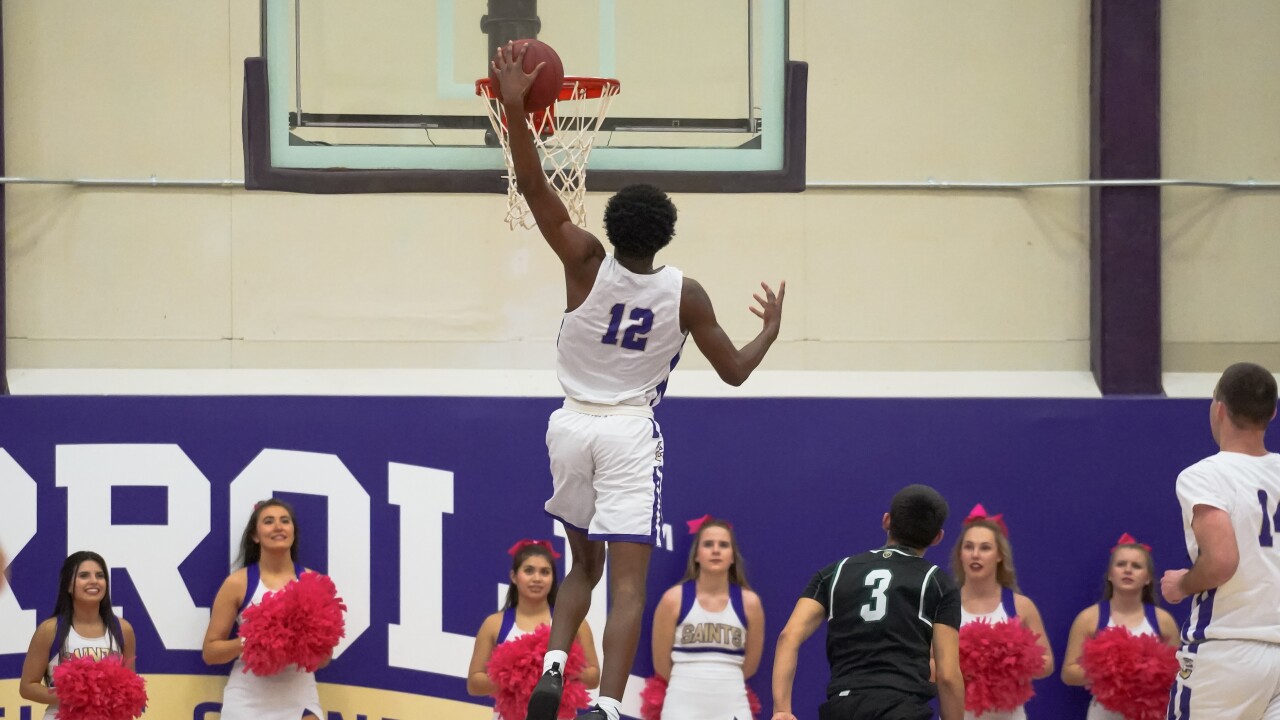 In the early game, the Carroll women led throughout, building an 11-point halftime lead over Rocky. But the Battlin' Bears chipped away in the third quarter, with Antuanisha Wright's 3-pointer at the buzzer cutting the lead to 49-45. Carroll extended the lead to as many as seven, with Hilborn scoring in the paint to build a 54-47 lead.

But Markaela Francis had another sensational game for the Battlin' Bears, scoring 33 points to go with 13 rebounds. Rocky's post scored seven points in the final four minutes to slice the lead to two, then Kloie Thatcher hit a key 3-pointer to give Rocky its first lead, 57-56, with 53 seconds to play. After the teams exchanged free throws, with Rocky leading by two, Hilborn drove to the right block and sank a floating hook off the glass that eventually forced overtime at 59-all.

Carroll opened the overtime with a 9-2 run, with eight of those points coming from the paint.

Rocky trimmed the lead to three in the waning seconds, but Thatcher's 3-pointer missed short and Carroll ran out the clock to improve to 17-8 overall and 9-4 in Frontier Conference play. Rocky fell to 16-8, 7-6.

Carroll's men, ranked No. 17 in the country, defeated Rocky 68-60 in the nightcap. Dane Warp led Carroll with 21 points, while Jovan Sljivancanin had a double-double with 16 points and 13 rebounds.

The Rocky Mountain College men looked poised to notch their second win of the Frontier season through the first half, dueling with Carroll to a 30-30 draw after the first 20 minutes, but faltered down the stretch. The Carroll men recorded 50 of their 68 points from inside the paint and won the rebounding battle handily, 40-29.