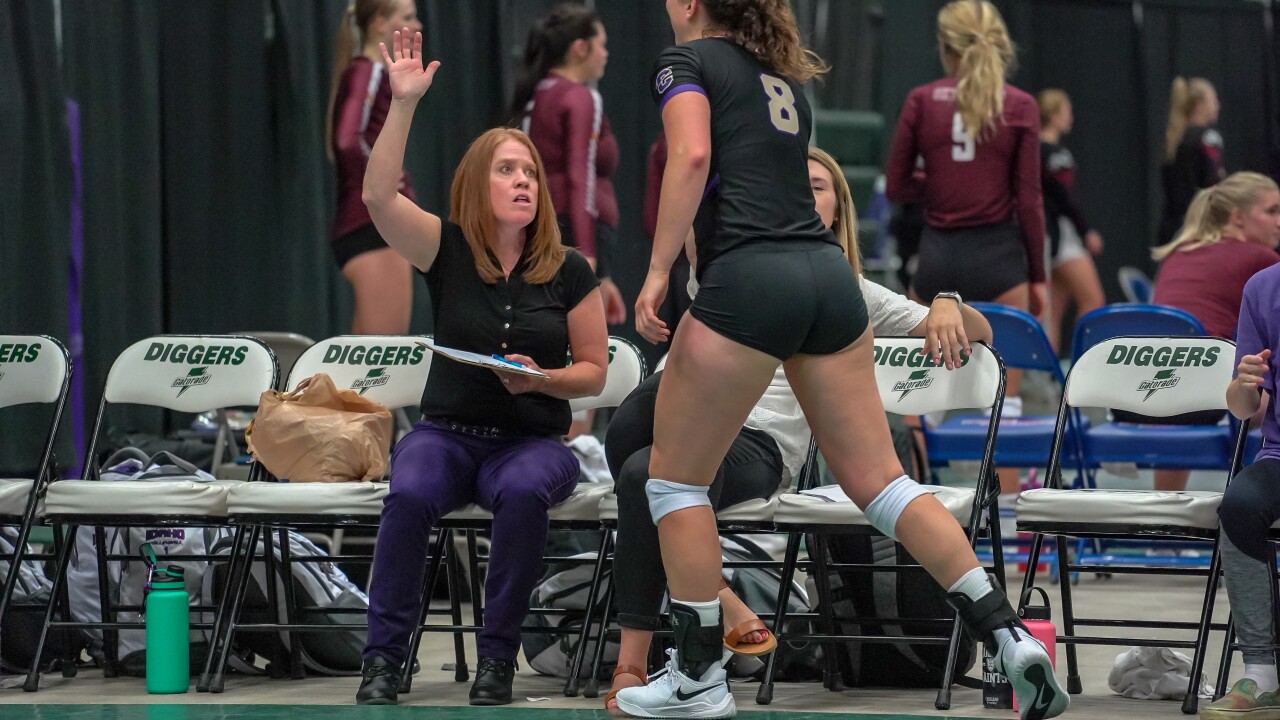 "We're really excited about this class coming in for 2020," Boyle said. "I think they're going to add depth to our group. We needed depth and to fill some positions we needed through graduation from last spring. From Minnesota, to Oregon, to down in LA and one in Montana, I think these girls are going to fill roles."

Thompson, a 5-foot-9 outside hitter from Belgrade, joins the Fighting Saints after prepping at Manhattan Christian High. Thompson is also a multi-sport athlete, having competed in basketball, track, soccer and ski racing. Thompson earned two all-conference honors in track.

"I chose to come to Carroll because of the community and their engineering program." Thompson said. "When I visited Carroll it felt like I belonged there and everyone was really nice."

Thompson held a 3.5 cumulative GPA in high school. She is the daughter of Mitch and Tami Thompson.

Sehenuk, a 6-foot middle blocker out of Hermosa Beach, Calif., comes to the Saints after a stellar career at Mira Costa High. She competed against some of the top talent in California, including many NCAA Division I prospects. She hopes to become an elementary school teacher.

"I chose Carroll College because the beautiful campus is somewhere I could find myself feeling like I'm at home," Sehenuk said. "They have a close-knit community where I could see myself making amazing friends. I was also intrigued by all the wonderful things I have heard about the volleyball team."

Carr, a 5-foot-7 defensive specialist out of Portland, Ore., comes to the Saints after a standout career at Central Catholic High. She became a 6A first team all-state choice, the Mt. Hood Conference Player of the Year, and second team all-tournament at the state championship.

"I chose Carroll because of its close-knit and supportive community, its academic opportunities and its unique setting," Carr said. "I was also attracted to the reputation of the volleyball program and coach Moe's approach to the game."

Carr also competed in track and field, soccer and basketball for the Rams. She held a cumulative GPA of 4.02 in high school. She is the daughter of Tim and Jennifer Carr.

Peterson transfers to Carroll from Anoka Ramsey Community College. She prepped at Princeton High in Princeton, Minnesota. The 6-foot middle hitter is an all-conference volleyball player while also being selected all-conference twice in track and field and once in softball.

"I chose Carroll because I was drawn to its amazing and one-of-a-kind Anthrozoology program," Peterson said. "I had never heard of it before so once I learned of it, I knew it was the major I had been longing for."

She posted a 3.3 cumulative GPA in high school. She is the daughter of Rob and Shana Peterson.