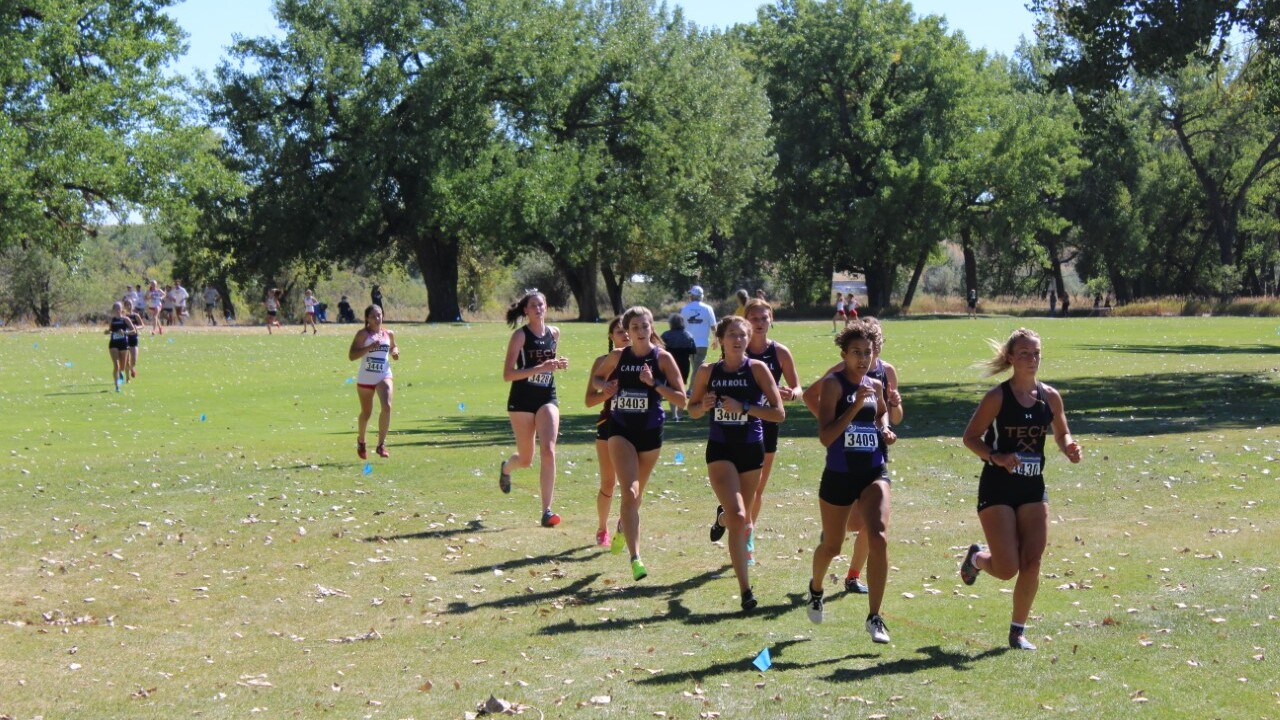 HAVRE -- The Carroll College Fighting Saints opened the cross country season with a pair of team wins on Friday at the Frontier Conference Preview.

“I’m so proud of how both teams executed and competed (Friday),” Saints coach Shannon Flynn said. “The highlight was seeing them run as packs and hearing how excited they were about the energy that generated. They ran focused and gritty and for each other. I know the work they put in over many months and through much uncertainty, and it is fun to see them enjoy the rewards of that. It’s a start to be celebrated, but now we need to stay hungry and keep working and growing.”

The race was run at the Prairie Farms Golf Course north of Havre.

The Saints women placed first with 27 places, besting Montana Western’s 50 and Montana Tech’s 61. Tech's Becca Richtman crossed the finish line in first place with a time of 18:57.00. Western's Eireann O'Connor was second at 19:10.70.

On the men’s side, Spencer Swaim and Connor O’Hara finished first and second among Frontier Conference runners in times of 26:53.70 and 26:57.90, respectively.

The Saints’ next meet is Sept. 24 in Helena.