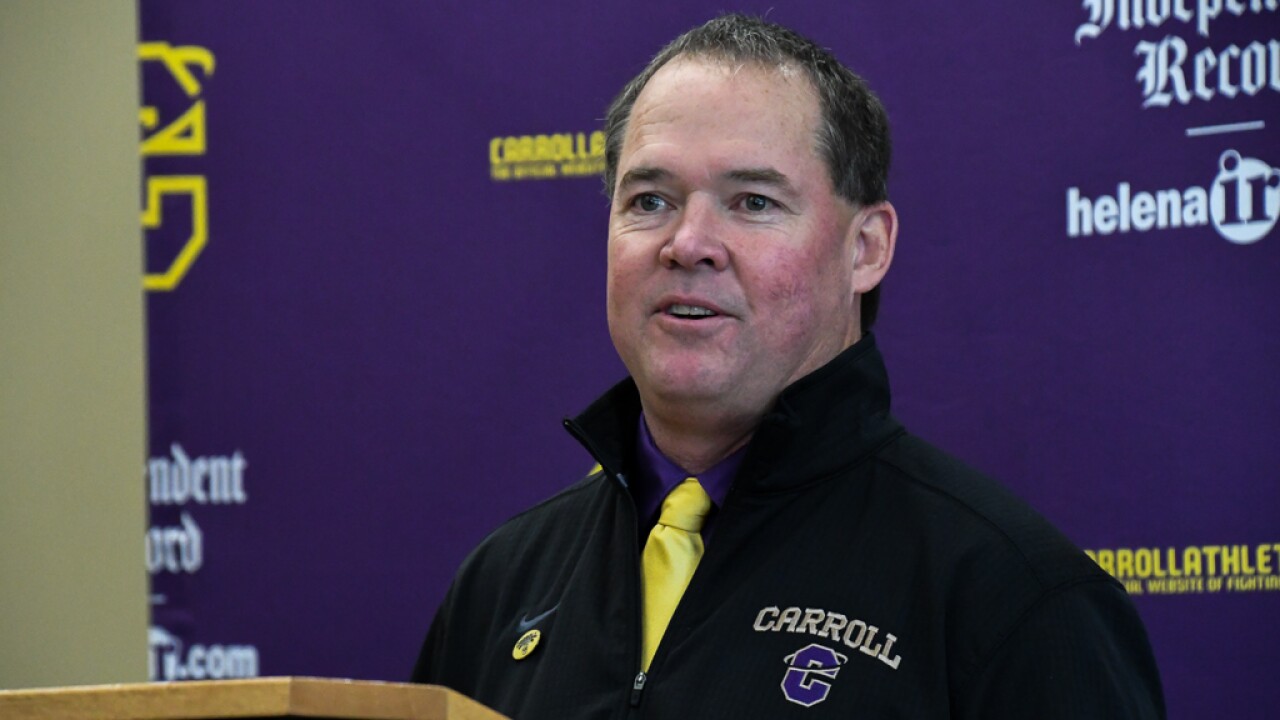 HELENA -- Carroll College will open its spring football season with consecutive home games, according to the schedule the Fighting Saints released on their website.

The Frontier Conference announced Wednesday that its Council of Presidents had approved the seven-game 2021 spring schedule, which will begin on Feb. 27. The Saints will open their season against Montana Western, before hosting College of Idaho the on March 6.

Carroll hits the road for its next two games, traveling to Montana Tech on March 13 and Montana State-Northern on March 20. The Saints are back home against Rocky Mountain College on March 27 and Eastern Oregon on April 3 before closing out their season at Southern Oregon on April 10.

All games are scheduled for 1 p.m. kickoffs, but "the dates of the games may be subject to change as recommended by the institutions and local health officials," according to a Frontier Conference media release.

The Saints are coming off a 6-4 season in coach Troy Purcell's first year leading the program. They won four of their final five games last year, ending their season with a 28-26 loss at Eastern Oregon.