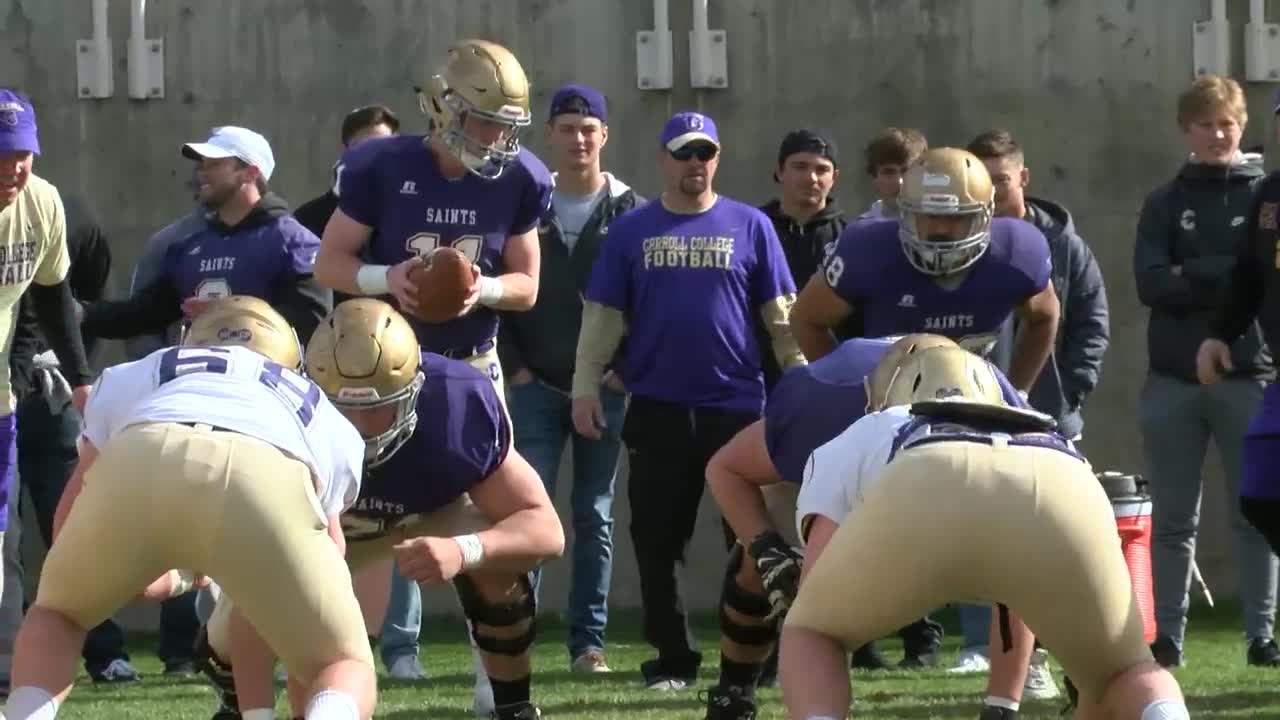 “I am very excited to announce our new defensive coordinator, Wesley Nurse,” Purcell said. “He is a very positive and energetic coach that has 15 years of Division I football and recruiting experience. He is a family man of high character. His leadership will bring the Carroll defense to the next level of performance.”

Nurse last held the position of cornerbacks coach at California State Polytechnic University in San Luis Obispo, Calif. He brings 15 years of NCAA Division I experience. His passion for getting the most out of young men will give the Saints another strong voice within the program.

“My family and I are extremely excited about coming to Carroll College,” Nurse said. “We understand that it has a great tradition and we look forward to continuing that great tradition.”

Nurse excelled as a cornerback and safety at Boise State, graduating in 2004, starting for three seasons and becoming an all-WAC performer twice. He was a team captain and defensive MVP as the Broncos won four conference titles during his playing days.

Nurse is a Boise State graduate, holding a bachelor’s degree in business and administration. He and his wife, Valerie, are parents of three children: Jaiden, Treyvn and Caysen.

The Saints will also be looking to fill former coach Alex Kastens’ position. Kastens took a coaching job at the University of Mary.