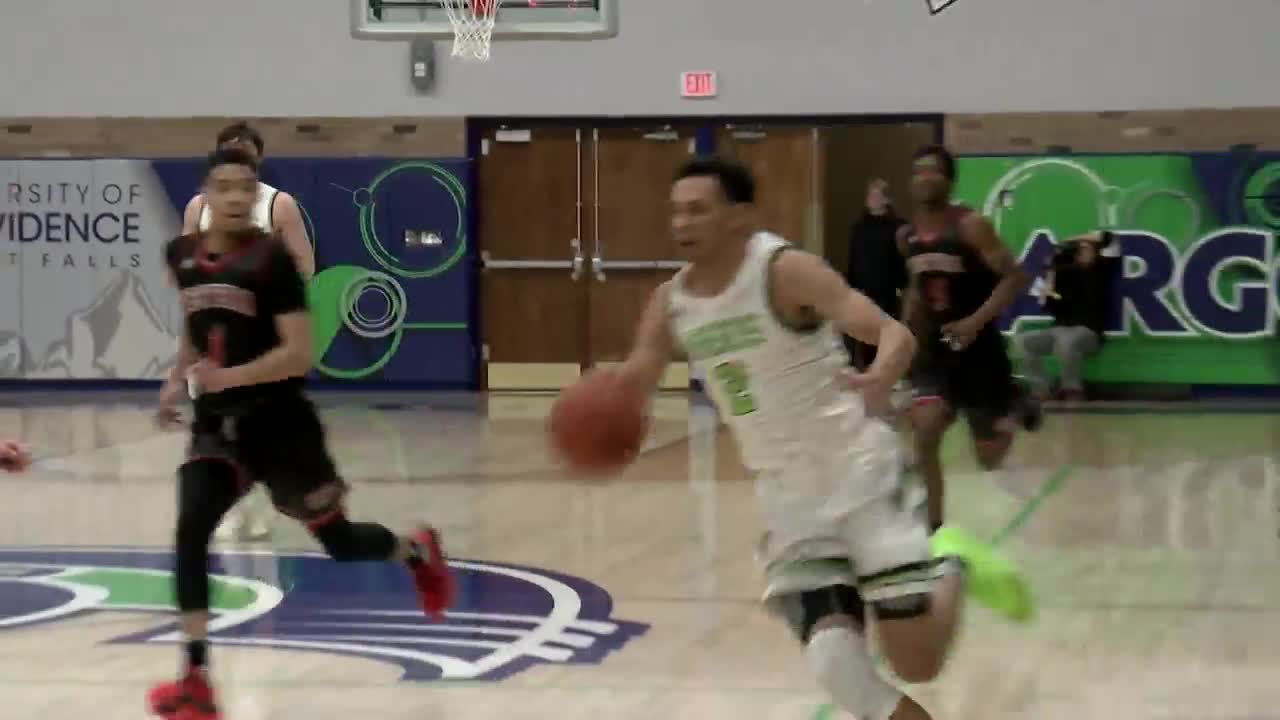 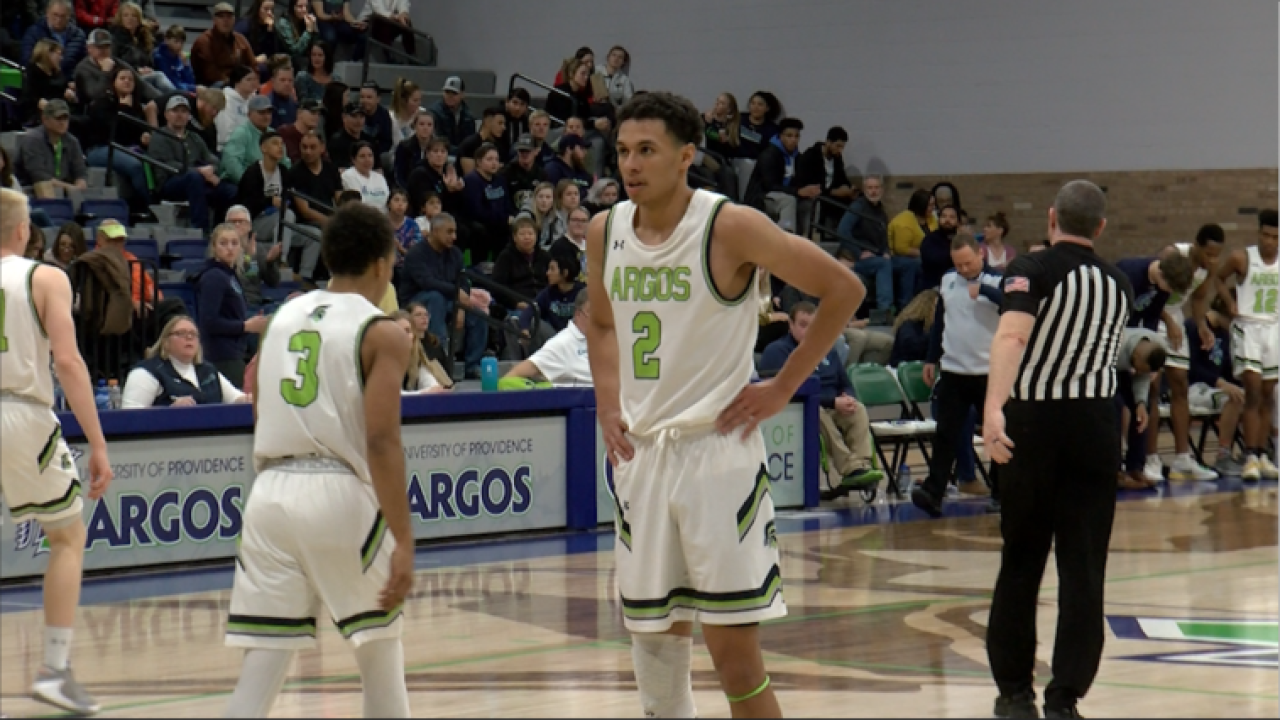 GREAT FALLS — When Zaccheus Darko-Kelly was a senior in high school at Missoula Sentinel, he was just 6 feet, 2 inches tall. He put up good numbers, but nothing that indicated he'd be a future NAIA National Player of the Week. But now that’s exactly what Darko-Kelly is.

On Tuesday, the now 6-foot-6 junior won the award for an unprecedented third consecutive week. The last player to win three times in a season was Corday Sims of Peru State (Neb.) in the 2015-16 season.

Darko-Kelly's average line as a high school senior was 16 points, 4.8 rebounds, three assists and two steals per game. He had just one college offer out of high school, from none other than Steve Keller, who was then coaching at Montana Western.

Darko-Kelly shined at Western for two seasons, but after following Keller up to Great Falls to play for Providence, Darko-Kelly had to sit out last year due to transfer rules. For him, it was an opportunity for massive improvement.

"It was tough. But I learned a lot," Darko-Kelly said. "It was nice seeing the game from a different angle. After playing a couple years, it just helped me with my basketball IQ, and then obviously, I was just able to take the year off and get better."

"That’s not easy for a player to do that was playing as well as he did, but he took advantage of that," Keller said. "Got bigger, stronger, worked hard in the weight room, and the results are paying off now."

Darko-Kelly has averaged 30.8 points and 10.7 rebounds per game over the three-week period. Last week against Western, Darko-Kelly scored a career-high 40 points, then followed up with a triple-double (20 points, 12 rebounds, 11 assists) against Rocky Mountain College.

As a result, Providence is rolling. The Argos are winners of five of their past six, keeping pace for second place in the Frontier Conference.

"He's doing everything that we need him do to help us win games, and he's elevated play of every other player on our team," Keller said. "So yes, it's been amazing. Yes. Really proud of him because he's worked hard. He deserves these honors."

So a year off certainly helped, but the familiarity of his hometown helped, too. Darko-Kelly grew up in Great Falls but moved to Missoula in seventh grade so his mom could finish her college degree. She and his grandfather are some of his biggest role models.

“Just their work ethic. I think of my mom just taking care of me and my brother as a single mother for most of our lives so I think that that just instilled that, if you want to get something then you just got to work for it," Darko-Kelly said.

In the short term, Darko-Kelly is focused on getting the Argos to the NAIA national tournament, whether it be an at-large bid or winning the conference tournament. But beyond that, maybe a professional career is in the works.

"I hope so. I'm taking it one day at a time," Darko-Kelly said. "But I'd be lying if I said I thought I was good enough to play professional right now, so I just kind of keep going keep getting better."